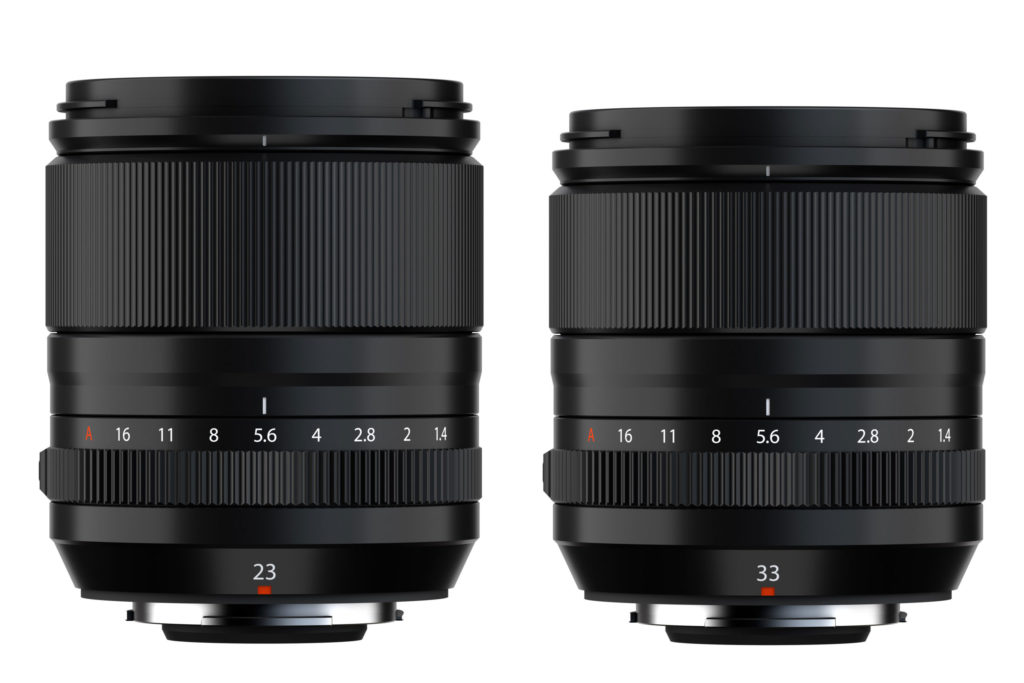 The former replaces the 8-year-old XF 23mm F1.4 R in the firm’s line-up, while the latter will complement the existing XF 35mm F1.4 R, one of the original three XF lenses which has now been around for almost a decade.

Both lenses share a similar set of features, with 15-group, 10-element optical designs that include two aspherical and three ED glass elements to suppress chromatic aberration and maintain cross-frame sharpness. Both also employ 9-blade diaphragms for attractive bokeh, include aperture rings with an auto-position lock, and accept 58mm filters.

Meanwhile the 23mm is also larger than its predecessor, at 77.8mm in length and 375g in weight, and notably lacks the older lens’s push-pull manual focus clutch. It should appear in November for £819.

Fujifilm has also added two new lenses to its roadmap, which are slated for release in 2022. Along with a 150-600mm super-telephoto lens (equivalent to 229-914mm in 35mm terms) designed for sports and wildlife with a “compact and lightweight” design.

Fujifilm say that this will create a lineup of 40 lenses for the X-Mount system.

No further information on maximum apertures, pricing, or other specifications is yet available.