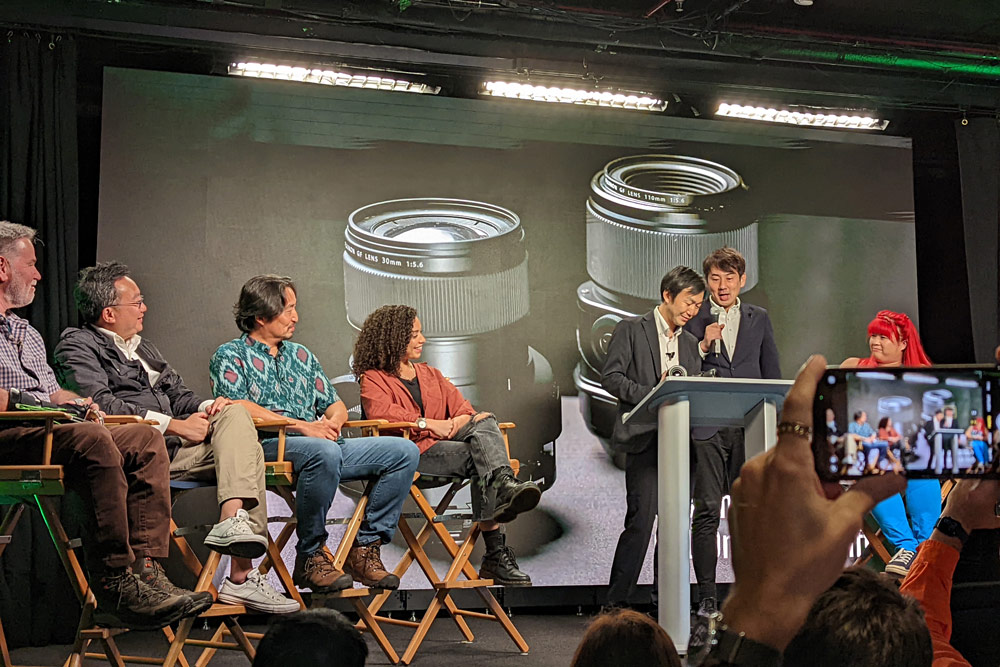 At the Fujifilm X-Summit, in New York, Fujifilm announced the new Fujifilm X-H2 (read our hands-on preview with sample photos), a new XF 56mm F1.2 R WR lens, and a new GF 20-35mm F4 R WR lens for GFX cameras. But as the X-Summit was ending, in typical press event style, Fujifilm announced “one more thing” and that was that they are developing two new tilt-shift GFX lenses, including a GF 30mm F5.6 lens:

No further details were given, so we don’t know when these will be available, nor how much they will cost, but they did have the lenses on show, and we’ll be having a look at this as soon as we can.

“Like its twin, the Fujifilm X-H2 is designed for serious enthusiast and professional photographers. But it’s better suited for uses where detail capture is more important than outright speed, such as studio or landscape work. Not that it’s a slouch, by any means; it can still shoot at 15 frames per second in full resolution raw, or 20 fps using the silent electronic shutter (with 1.29x crop), which comes with a mind-boggling world-record fastest speed of 1/180,000sec.” – Fujifilm X-H2 hands-on preview.