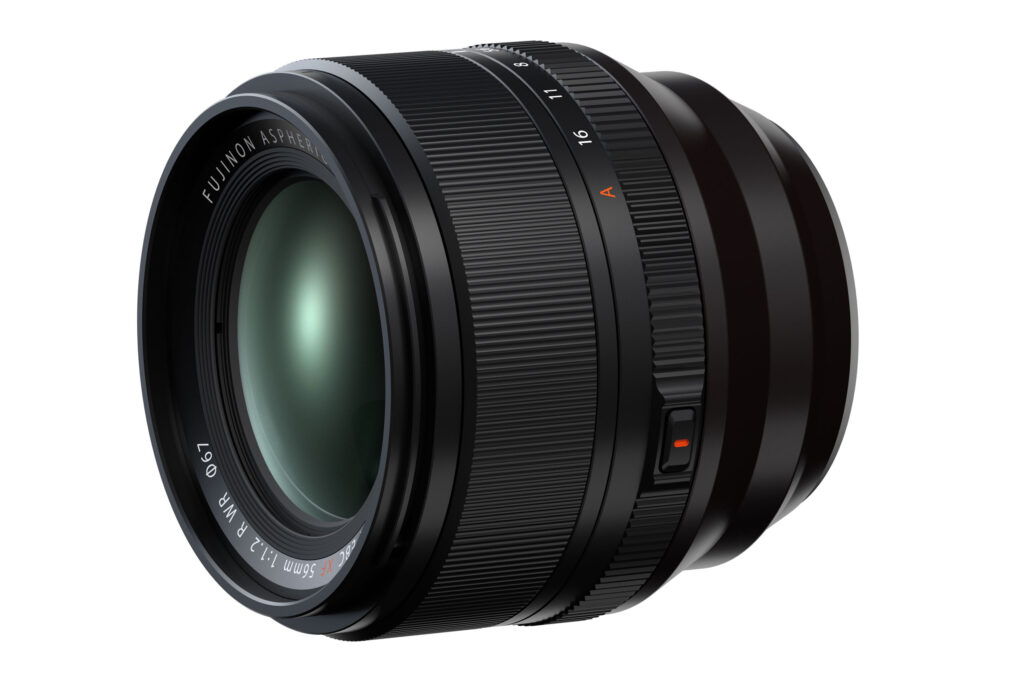 The new 56mm f/1.2 was first revealed on the firm’s lens roadmap in May. It’s a replacement for the existing XF 56mm F1.2 R, promising improved optics, weather-sealed construction, and faster autofocus – a notable weakness of the older lens. With its angle of view equivalent to an 85mm prime on full frame, it should be perfect for head-and-shoulders portraits.

The new 56mm boasts an entirely new optical formula with 13 elements in 8 groups, including two aspherical and one extra-low dispersion (ED) glass element. Fujifilm says it’s been designed to meet the demands of the X-H2’s 40MP sensor, with reduced chromatic and coma aberration. Its aperture diaphragm now employs 11 rounded blades rather than 7, promising smoother bokeh. At 79.4mm in diameter, 76mm in length and 445g, it’s a little bulkier than its predecessor, but not excessively so. However, the filter thread has gone up a size to 67mm.

One notable improvement is a shorter minimum focus distance of 50cm, compared to 70cm for the previous model. Fujifilm claims that the image quality at short focus distances is also dramatically improved, making the new optic a much better choice for table-top photography.