Fujifilm 35mm F2: A Love Letter to the Lens I Adore 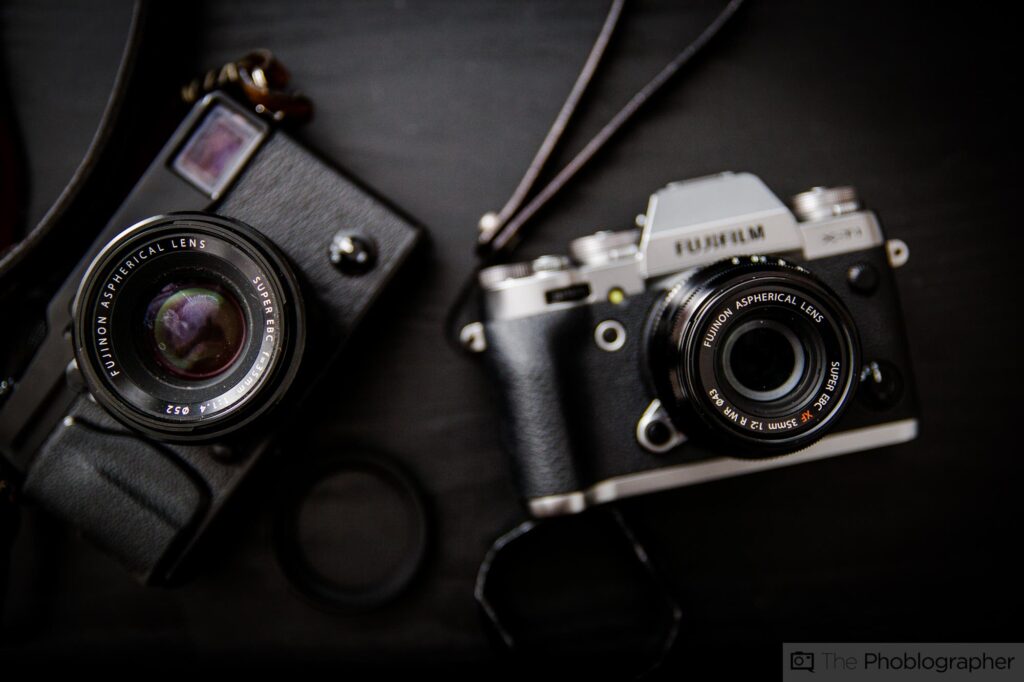 Those in the know can tell you that your lenses are more important than your camera bodies. Nowadays, most sensors can record high-detail images, but not all lenses are the same. Sure, they’re all capable of doing a decent job, but some lenses hit harder when making photographers. I have had several lenses come and go, but one will stick with me forever: the Fujifilm 35mm F2. Here’s why.

Before the Fujifilm 35mm f2

The first lens I owned was the Nikon 18-55mm f3.5-5.6G. Known as the standard kit lens for Nikon’s crop-sensor cameras, this lens is one most photographers would use when first picking up photography. This was over 10 years ago, and coming from an Olympus hybrid system, it felt like the best lens in the world. Sure, it wasn’t a bad lens, but once I sunk deeper into photography, I made the shift to a prime lens: the Nikon 50mm 1.8G.

Before I knew the time had passed me by, I was dropping around a $1,000 on the Nikon 24-70mm, a truly masterful lens and one I still hold extremely strong feelings for. Compared to other lenses I’d owned, the image quality was in a league of its own. Nikon’s 24-70mm doesn’t take the top spot for me because of its size. I mean, DSLRs and the lenses for them tend to be big and bulky. That’s not what I wanted. So I switched to Fujifilm X-T10, a system I knew little about but one that was getting rave reviews.

I experimented with a few Fujifilm lenses: the 27mm pancake lens, the XF 52mm f1.2, and Fujifilm’s take on a kit lens – the 18-55mm f2.8-4. Those lenses were great (the pancake was the weakest link), but I didn’t enjoy using them. Then, when I bought my Fujifilm XT2, I decided to become a “one lens only” kind of photographer. After some research, I invested in the Fujifilm 35mm F2. That was almost five years ago, and it’s been my main lens ever since.

The Build and Image Quality of the Fujifilm 35mm f2

First of all, I love the build quality of the 35mm f2. It feels like a high-end lens, which is awesome considering its affordability. The marked aperture ring allows you to get the most out of the Fujifilm user experience, and it’s small enough that you won’t release it’s attached to your camera and hanging around your neck. You can read more about the build quality in The Phoblographer’s full lens review.

Secondly, the image quality is incredible. I’d argue it betters the results of my old Nikon 50mm, but both are good lenses, so I can accept that’s largely down to preference. Even at f2, the Fujifilm 35mm can create sharp shots with creamy backgrounds photographers lust after. Sure, to those who study the shots obsessively, Fujifilm’s high-end lenses will have sharper results, but few people do that nowadays, and the 35mm f2 is more than capable.

I Love Its Versatility

Finally, I love this lens so much because I can shoot almost anything with it, bar the type of photography that requires a telephoto lens. But when it comes to street, nature, portraits, or even friends’ birthday parties, the 35mm is always up to the task.

To paraphrase, I love the Fujifilm 35mm f2 lens so much. The reality is it’s the only lens I need. Why get multiple workers when you have one staff member who can (and likes) to do it all? Sure, it’s nice to have other lenses, but most photographers I encounter have them more from a place of want rather than a place of need.

However, for those who prefer a minimal setup, finding that one lens you love is a dream come true. I will upgrade my Fujifilm XT2 one day, although it won’t be any time soon. And one thing I can guarantee is that whatever Fujfilm body I buy next, I will be attaching my 35mm lens to it immediately. Now that’s real love.

What is your favorite lens? Let us know in the comments. Thanks for reading.