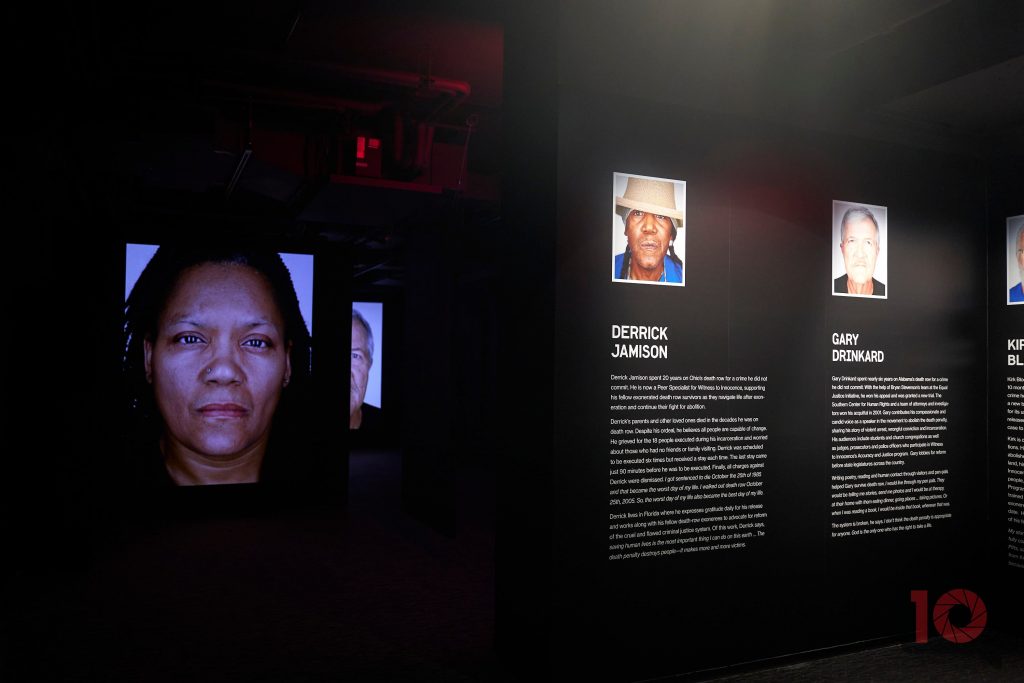 Get your mask on, and get ready to breathe heavily at the new Fotografiska New York exhibits.

New York City is truly blessed to have two great museums dedicated specifically to photography. It reminds the public that photography isn’t just the act of taking a photo. There’s a lot more meaning behind it. Those meanings come to the fore at the new Fotografiska New York exhibits. Martin Scholler’s latest exhibit investigates folks who got off death row using video, stills, and chilling sound snippets. Naima Green has an exhibit that, to me, stood out mostly for its emphasis on the human touch. Cooper and Gorfer have the most conceptual series there that’s bound to enthrall. But you’ll start with Hassan Hajjaj–who wants to take back his country from just being a nice backdrop.

Fotografiska New York bills the exhibit as VOGUE: The Arab Issue. But what really stood out to me were the words of Hassan Hajjaj. Photographers from Europe would come to Morocco to photograph. But it was really just to use it as a cool background. He didn’t see any sort of investigation into the land itself. So he wanted to put the people at the front–and he does a fantastic job.

Hassan’s story is incredibly relatable both as a person, a native New Yorker, and an American Desi. If someone came onto your property and just started to use it as a backdrop for images, wouldn’t you be taken aback? It’s similar to a media outlet paying attention to your neighborhood only after gentrification. You, a human being, will naturally question why you were never good enough before. And I’ve wondered the same thing about yoga. My dad was a yoga teacher and taught me meditations from ancient teachings. And it still bothers me to see such an ancient art form distorted for mass consumption. These emotions are all present in every single photo. And the images portray the Arab world in a light that we don’t see often. It’s genuinely heartwarming and kindled by a passion for honest expression.

This specific exhibit puts a big emphasis on color. And the work is positively fantastic in every single way, both technically and artistically. However, Fotografiska New York seems to be lacking a bit in their lighting. Before the pandemic, I’d never seen photo exhibits lit in such a modern way. And for the most part, that’s still there. But they seemed to relax their standards a bit. Considering that we’re on the tail end of a global pandemic, I’m willing to forgive this.

Naima Green’s Brief and Drenching is one that personally really got to me. It’s mostly centered around showing off the entire spectrum of the LGBTQ community. You can look at it in a few different ways. One can see that these folks are all just ordinary people like the rest of us. In 2021, I think that’s pretty obvious. But I remember reading something in the description about human touch–and immediately thinking of how deprived of it lots of folks are right now. You’ll see a lot of it in the images.  Personally speaking, I 100% agree with the message. We’ve taken similar stances many times in the site’s history. But I think that some of the work wasn’t very gripping, and I probably put too much emphasis on the idea of touch.

My personal favorite has to be that of Cooper and Gorfer’s Between These Folded Walls, Utopia. It puts emphasis on hard stories of women all around the world. And the images are shot in a way that you’d expect of stained glass that you see in a church. One can easily walk through the exhibit and imagine rays of Sunday morning light seeping through. Theirs is the most conceptual series, and that’s what I’m currently gravitating toward. I strongly believe in the power of documentary stories, but I think that they need to try harder these days. But I also believe in the power of creative ideas in photography. And that holistically permeates through this specific exhibit.

Again though, Fotografiska New York needs to fix the lighting on the photo descriptions. It’s challenging to read some of them.

What is guaranteed to move you the most, though, is Martin Schoeller’s Death Row Exonerees. If you’re walking in expecting to see large prints by Martin, you’re going to be surprised. You’ll get small prints with a whole lot of text for you to read. After this, you’ll walk from story to story projected onto walls. Each subject is lit with Martin’s signature look for video portraits. Then, you’re treated to their emotionally gut-wrenching stories. If you wear glasses, make sure that your mask is on properly. You’re bound to do a lot of heavy breathing and sighing. Hearing about how an innocent man’s family cries for him is emotionally jarring.

I attended this event as a paying member. And I’d strongly recommend getting one. I’m excited for the day that both their cafe and their speakeasy-influenced bar come back on the first floor. If you’re in New York, go check it out. Be sure to reserve time beforehand and be respectful of social distancing as much as possible.