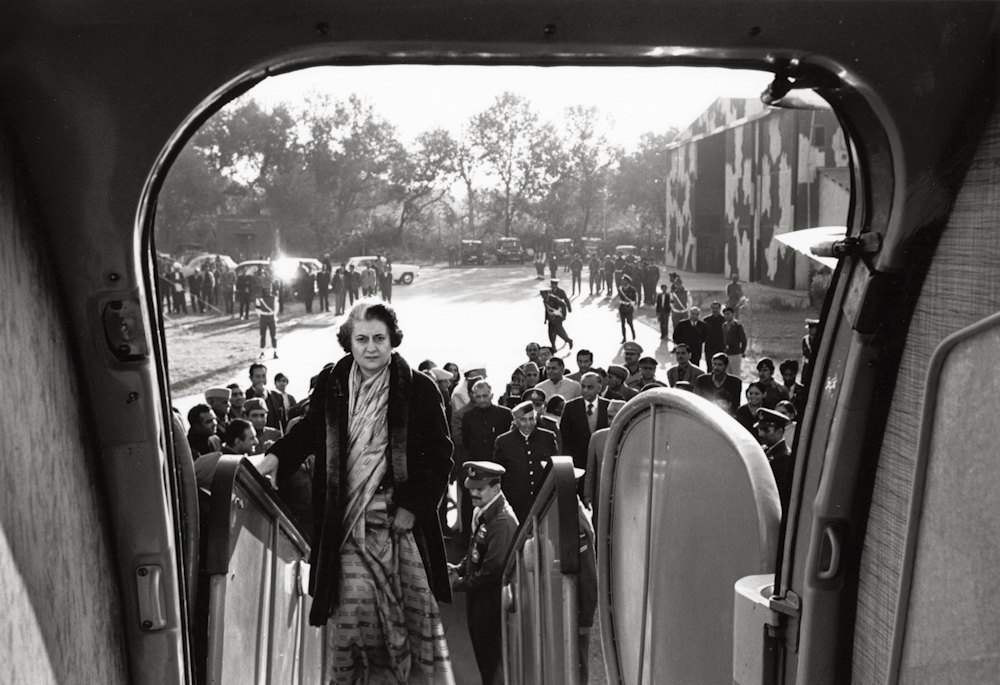 The first-ever retrospective exhibition of the work of US-born photographer Marilyn Stafford opened today at the Brighton Museum and Art Gallery, England – it features many previously unseen images and is the most comprehensive display of the photographer’s work to date.

The exhibition, A Life in Photography, is on show at the Brighton venue till 8 May 2022 and provides a reflective and engaging look at a period of 20th century history through the photographer’s unique gaze. It features many of the stories from her career, which remain untold, with many images that have never been seen before in public.

Stafford’s work in the exhibition comes from an international archive that spans four decades, and includes celebrity portraits, fashion shoots, street photography, humanitarian stories and newspaper reportage. A Life in Photography was curated by Nina Emett in collaboration with Stafford’s daughter Lina Clerke.

At the Brighton Museum & Art Gallery the exhibition also includes a range of ephemera from Stafford’s archive including cameras and original cuttings, recordings of her speaking about her life and work and an additional display of silver gelatin prints as well as specially organised expanded content, such as a film, soundtracks to Marilyn’s life and more…

After the Brighton exhibition closes it will then tour at the Dimbola Museum and Galleries, on the Isle of Wight, from 11 June to 18 September 2022. Dimbola was the home of the celebrated Victorian photographer Julia Margaret Cameron.

Now aged 96, Stafford lives in Sussex, England, and was the 2019 recipient of the Amateur Photographer Lifetime Achievement Award at AP’s 2019 Awards.

An accompanying retrospective book of her work, Marilyn Stafford: A Life in Photography, is available from Bluecoat Press and the Marilyn Stafford photography website. The book includes an essay by the art critic Jennifer Higgie and a foreword by the late photojournalist Tom Stoddart.

Marilyn Stafford’s photography career got off to a remarkable start when she was invited, as a young woman, to take stills of Albert Einstein. Since then, she has accumulated an eclectic body of work, spanning from 1948-1980.

Her photographs include further portraits of famous and influential figures such as Edith Piaf, Henri Cartier-Bresson, Mulk Raj Anand, Indira Gandhi, Albert Finney, Twiggy and Joanna Lumley. She has also photographed many ordinary people like the illiterate Sicilian peasant woman, Francesca Serio, who took the Mafia to trial for murdering her son.

Stafford also engaged in street photography, mainly in the 1950s, documenting the Parisian children of the Cité Lesage-Bullourde neighbourhood living in slum housing conditions as well as the bustling, and sometimes downtrodden, street life of Boulogne-Billancourt.

She has witnessed some significant and turbulent periods of modern social and political history. Stafford photographed Algerian refugees in Tunisia fleeing the Algerian War of Independence in 1958, which gained her front page of the Observer.

Stafford photographed Lebanon in the 1960s during a time of peace before civil war would ravage the country a decade later – that work was published by Saqi books. She also created a unique and intimate documentary about Indira Gandhi (see lead image above), India’s first and only woman Prime Minister, during India’s intervention in the Bangladesh Liberation War in 1971.

Alongside her humanitarian focused photography, Stafford took advantage of opportunities open to her as a female photographer, including commissioned portraits and fashion runways for British, American and international newspapers and magazines, as well as co-running her own fashion photography agency. Her work has been included on magazine and newspaper front covers, including the Observer. In 2020, Stafford was awarded the Chairman’s Lifetime Achievement Award at the UK Picture Editors’ Guild.

Creating change for the better

Stafford explained, ‘I think of myself as a storyteller, speaking through the lens of my camera. I have always endeavoured to find a way to bring awareness to the public eye, to tell stories that are socially relevant and to create change for the better. As a young, impressionable child of the 1930’s Great Depression in the US, I witnessed poverty-stricken people and early holocaust refugees coming to our door, selling everything from steel wool cleaning pads to fine embroidered linens. I also remember seeing Dorothea Lange’s powerful photographs of migrants fleeing the severe drought in the Dust Bowl states and I understood there and then how photography could make a difference. During my life I have lived through periods of extraordinary change and have been able to capture both trivial and momentous events of my time. I have been very fortunate during my life to have had good friends and also good luck along the way.’

Nina Emett, who curated the exhibition and edited the book ‘Marilyn Stafford – A Life in Photography’, commented, ‘It has been a wonderful privilege and adventure to curate the exhibition ‘Marilyn Stafford – A Life in Photography’. At times, I truly felt like I was behind the lens with her, indulging in poignant vignettes of life from a bygone era… I could see reminiscences in style from some of the greats of her time – a geometrically formed André Kertesz, a decisively caught Henri Cartier-Bresson, a painterly but photojournalistic Homai Vyarawalla. But mostly I could see Marilyn Stafford. The work reveals a devilish eye for detail, a curiosity to ‘pop the hood’ and look behind the scenes, a huge respect for form and structure, a penchant for humorous juxtaposition, an emotional connection to whoever lies beyond the shutter curtain, and there is always an intriguing storyline.’

Brighton Museum & Art Gallery is part of Royal Pavilion & Museums Trust (RPMT) and is one of Britain’s oldest public museums. Its collections showcase arts and crafts from across the world and history from Ancient Egypt to modern Britain.

The CEO of RPMT, Hedley Swain, said, ‘Marilyn Stafford is one of the key photographers from the last century and documented major historic events. As someone who now lives in Sussex I am so pleased that we are able to show her first major retrospective at Brighton Museum and Art Gallery and hope as many people as possible come to visit.’