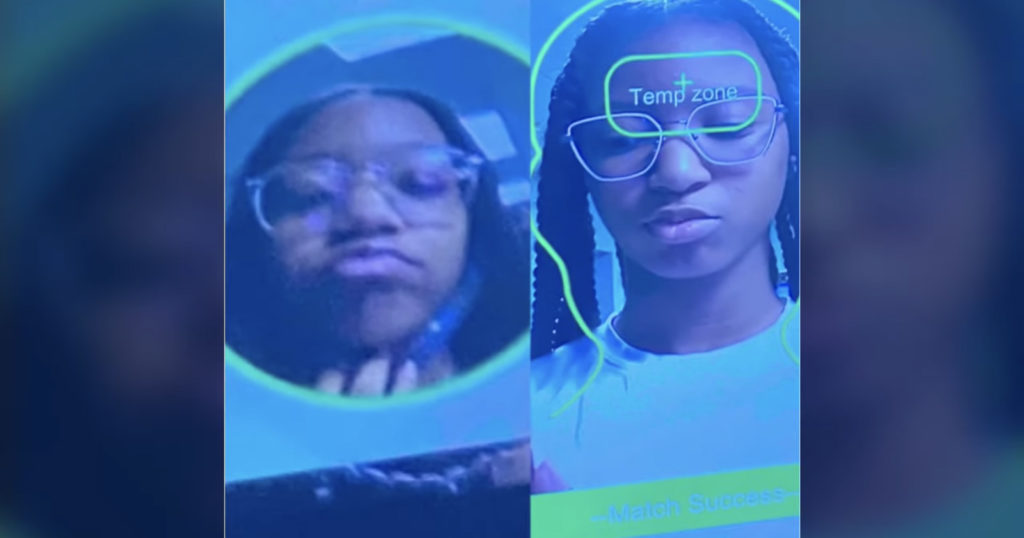 A Detroit-area skating rink is under fire for barring entry to a Black teenager after its facial recognition cameras misidentified her as a woman who was banned from the property. It has further ignited debate on the ethics of using facial recognition technology in the United States.

14-year old Lamya Robinson was barred from entering Riverside Arena — located in Livonia, Michigan — after the skating rink’s facial recognition cameras determined that she was a woman who had been involved in a “brawl” there previously. She and her parents, Juliea and Derrick, say that not only is the woman in the software not their daughter, she had never been to the skating rink before and was at home when the brawl occurred.

“I was so confused because I’ve never been there,” the young girl said. “I was like, that is not me. Who is that?”

The situation touches on the ethics of using facial recognition technology and underpins an issue with how cameras have historically had difficulty properly recognizing facial features and exposing for darker skin tones. The issue of exposure has been present dating back to even film photography. Some companies, like Google, are trying to make adjustments to fix the problem, but it’s not something that has been widely addressed across the imaging industry.

Lamya Robinson’s experience is not the first instance facial recognition cameras failed to properly identify a Black person. In June of 2020, Robert Julian-Borchack Williams of Farmington Hills, Michigan was falsely identified as a man who authorities say stole $3,800 worth of merchandise from a Detroit Shinola retail store. When detectives ran security footage through facial recognition software, it pointed to Williams as a the suspect.

Police arrested Williams at his home, placed him in an interrogation room, and put the three photos from the security footage in front of him.

“When I look at the picture of the guy, I just see a big Black guy. I don’t see a resemblance. I don’t think he looks like me at all,” Williams said in an interview with NPR.

Williams was detained for 30 hours before being released on bail. Charges against him were eventually dropped due to insufficient evidence. According to NPR, civil rights experts say Willliams’ experience is the first example in the United States of someone being wrongfully arrested based on incorrect facial identification technology.

On July 13, 2021, Williams took to Capitol Hill to testify before the House Judiciary Subcommittee on Crime, Terrorisim, and Homeland Security which is currently looking into the use of facial recognition cameras by law enforcement, including “risk to civil liberties and due process posed by this technology,” according to Detroit News. Williams told his story and expressed his desire to see Congress act.

The video below is time-stamped for 38:50, which is the start of Williams’ testimony.

Both Williams’ and Lamya Robinson’s case are being pointed to by activists who are calling for retailers not to use facial recognition on customers or workers in their stores. Tawana Petty, who heads up Data 4 Black Lives and is one of those activist organizations, says that because of the problems with how cameras see darker skin tones, the use of the technology can cause significant harm.

“I don’t want to go to Walmart and be tackled by an officer or security guard because they misidentified me for something I didn’t do,” she told Fox 2 News.

Clearly, the technology is already in use in independent businesses as well, such as the Riverside Arena skating rink. The Robinson family is considering legal action against the business.

“One of our managers asked Ms. Robinson (Lamya’s mother) to call back sometime during the week. He explained to her, this is our usual process, as sometimes the line is quite long and it’s a hard look into things when the system is running,” the Riverside Arena skating rink said in a statement to Fox 2 News. “The software had her daughter at a 97 percent match. This is what we looked at, not the thumbnail photos Ms. Robinson took a picture of, if there was a mistake, we apologize for that.”

Editor’s note: The original story, citing Fox 2 News, stated that Lowes uses facial recognition. A Lowes spokesperson tells PetaPixel that it does not collect biometric or facial recognition data in its stores. The story has been updated to reflect this.