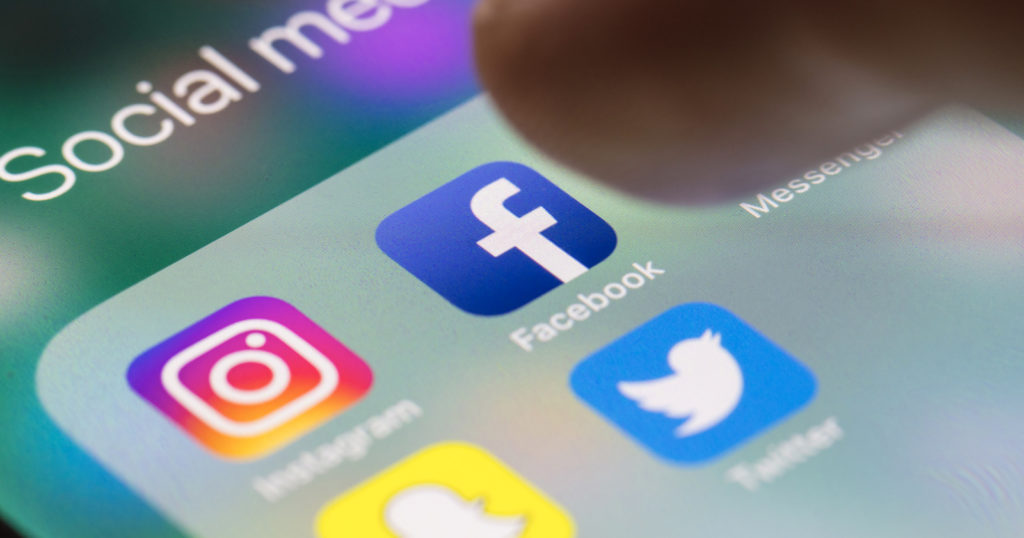 The Facebook whistleblower has revealed herself to be Frances Haugen, and she took to CBS’s 60 Minutes to provide a detailed account of what she calls a company that is unable to choose safety over profits.

In response to a bombshell report by the Wall Street Journal that alleged Facebook performed internal studies and knew its products were harmful to teen girls, Senators Richard Blumenthal (D-CT) and Marsha Blackburn (R-TN), Chair and Ranking Member of the Senate Commerce, Science, and Transportation Subcommittee on Consumer Protection, Product Safety, and Data Security announced that not only would their subcommittee investigate Facebook, but also that they were currently in touch with a whistleblower now revealed to be Haugen.

Haugen was recruited by Facebook in 2019. She says she told the company she would only take the job if she could specifically work to combat misinformation, as she had lost a friend to online conspiracy theories.

“I never wanted anyone to feel the pain that I had felt,” Haugen told 60-Minutes. “And I had seen how high the stakes were in terms of making sure there was high-quality information on Facebook.”

Whistleblower Frances Haugen is a data scientist from Iowa with a computer engineering degree and a Harvard MBA. She told us the only job she wanted at Facebook was to work against misinformation because she had lost a friend to online conspiracy theories. https://t.co/csgaRe6k5h pic.twitter.com/tSNav057As

“Fast-forward a couple of months, we got the insurrection,” she says. “And when they got rid of Civil Integrity it was the moment where I was like, ‘I don’t trust that they are willing to invest what actually needs to be invested to keep Facebook from being dangerous.’”

Facebook says that the work of Civic Integrity was spread out to other departments.

Haugen has brought tens of thousands of pages of internal Facebook documents to Whistleblower Aid founder John Tye and requested legal protection and help in releasing the information. She additionally filed a whistleblower complaint with the Securities and Exchange Commission (SED) in which she accused Facebook of taking internal actions that do not match its public statements made by company executives like Mark Zuckerberg. The large amount of information reportedly includes internal company research, slides, cover letter, and more.

“Facebook has publicized its work to combat misinformation and violent extremism relating to the 2020 election and insurrection,” she wrote in a cover letter on the subject. ” In reality, Facebook knew its algorithms and platforms promoted this type of harmful content, and it failed to deploy internally recommended or lasting countermeasures.”

“Facebook, over and over again, has shown it chooses profit over safety,” says Facebook whistleblower Frances Haugen. She believes the federal government should impose regulations and plans to testify before Congress this week. https://t.co/YoKIyorZzu pic.twitter.com/RWlk9QOwZu

Haugen says that Facebook specifically promotes divisive content because it promotes engagement, and even if political groups know their constituents don’t want to hear that kind of story, they have no choice but to frame it that way or Facebook won’t distribute it on news feeds and their jobs will be forfeit.

“One of the most shocking pieces of information that I brought out of Facebook that I think is essential to this disclosure is political parties have been quoted, in Facebook’s own research, saying, we know you changed how you pick out the content that goes in the home feed,” Haugen says. “And now if we don’t publish angry, hateful, polarizing, divisive content, crickets. We don’t get anything. And we don’t like this. We know our constituents don’t like this. But if we don’t do these stories, we don’t get distributed. And so it used to be that we did very little of it, and now we have to do a lot of it, because we have jobs to do. And if we don’t get traffic and engagement, we’ll lose our jobs.”

“Its own research is showing that content that is hateful, that is divisive, that is polarizing, it’s easier to inspire people to anger than it is to other emotions,” Haugen continues to 60-Minutes. “Facebook has realized that if they change the algorithm to be safer, people will spend less time on the site, they’ll click on less ads, they’ll make less money.”

Obviously, leaning on this kind of content results in a downward spiral, race-to-the-bottom level of “news.”

Facebook told 60-minutes that it conducted internal and external research before altering its algorithm.

In a written statement to 60 Minutes, Facebook said, “we continue to make significant improvements to tackle the spread of misinformation and harmful content. To suggest we encourage bad content and do nothing is just not true.” https://t.co/9aEbupiWjM pic.twitter.com/xmzm36qhn8

“The goal of the Meaningful Social Interactions ranking change is in the name: improve people’s experience by prioritizing posts that inspire interactions, particularly conversations, between family and friends — which research shows is better for people’s well-being — and deprioritizing public content,” said Lena Pietsch, Facebook’s Director of Policy Communications, in a statement to 60 Minutes. “Research also shows that polarization has been growing in the United States for decades, long before platforms like Facebook even existed, and that it is decreasing in other countries where internet and Facebook use has increased. We have our role to play and will continue to make changes consistent with the goal of making people’s experience more meaningful, but blaming Facebook ignores the deeper causes of these issues – and the research.”

Facebook’s stock fell as much as 5.5% in response to the 60-minutes story, likely exacerbated by the widespread outage that occurred Monday morning.

Haugen is scheduled to testify before Congress later this week.