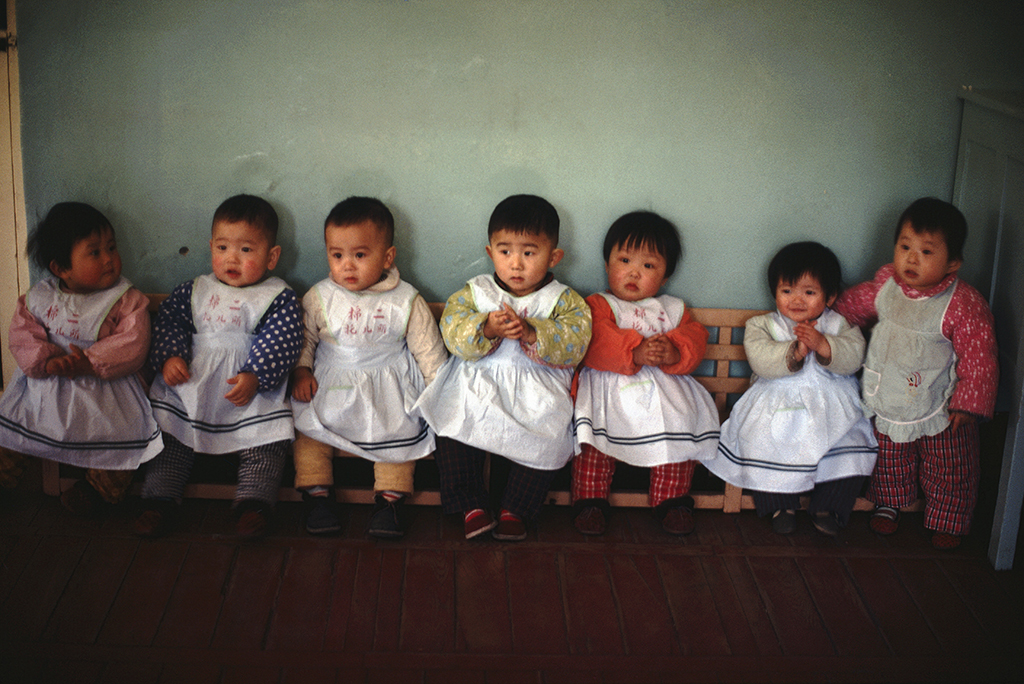 Following on from the success of the first collection of high-quality but reasonably priced posters of famous Eve Arnold images, her family has continued to honour her wishes by releasing a new collection – just in time for Christmas. Prints of the images would normally cost more than £1000 but it was always Eve’s hope that her work could be affordable.

The new edit includes Marilyn Monroe relaxing on a bed between takes during a studio session to promote the Misfits from 1961, adorable toddlers in a Chinese nursery in 1979, Mikhail Baryshnikov during a dance rehearsal for the 1987 movie White Nights and more. Another highlight is a radiant image of Isabella Rossellini during the filming of her love scene with Gregory Hines for White Nights.

For the remainder of 2021 the Eve Arnold Estate will donate all profits to UNICEF from the sale of posters of the aforementioned nursery in China.

Overseeing the poster printing is Danny Pope, who met Eve while they were both working on a book of stills from White Nights. He went on to work with Eve as her printer for many years and printed all of the prints for her retrospective exhibition at the Barbican in London in 1993.

The aim was to recreate the analogue look and feel of the original dark room prints within the digital realm.

“Danny has spent countless hours printing Eve’s work and really bringing it to life,” said her grandson, Michael Arnold. “Growing up around Eve I saw Danny’s prints all the time. For me they are synonymous with Eve’s work. I just forget sometimes that most people don’t get to see the original prints. And on a computer screen it’s just not the same. Danny’s done a beautiful job of bringing the depth, vibrancy and warmth of the original dark room prints to this poster collection.”

AP readers can get 10% off by using the code APEVE2, ordering from here

Images from the second poster collection

A visitor at the New York Museum of Modern Art. 1959

Misha Baryshnikov at a rehearsal for the American Ballet Theatre during filming of ‘White Nights.’ 1987.

Isabella Rossellini during the filming of ‘White Nights,’ 1987

Marilyn Monroe in a publicity shot for The Misfits, 1961