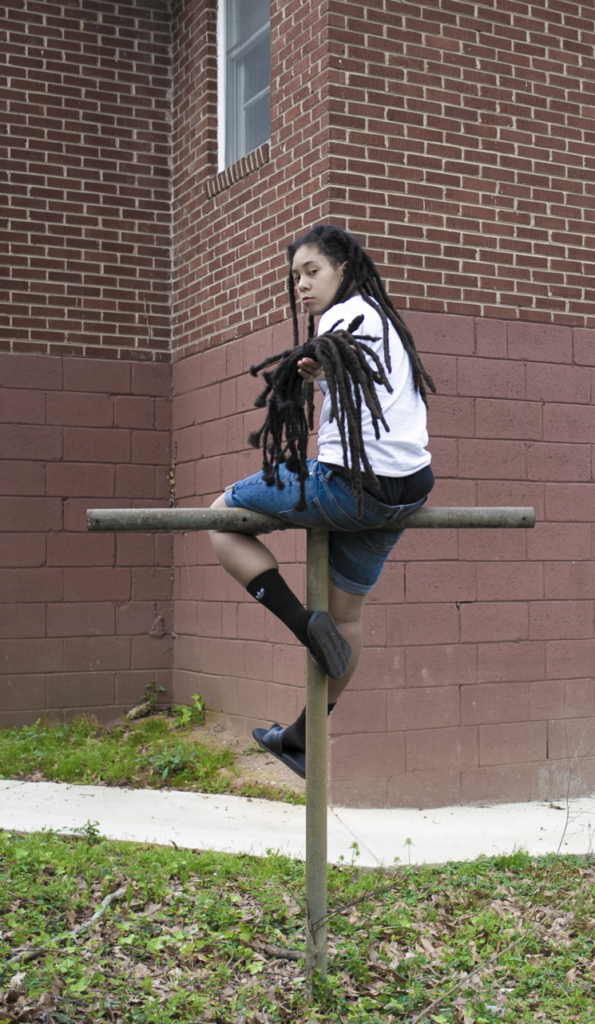 “It’s not often talked about but the church can definitely be considered a “don’t ask, don’t tell” place of gathering,” says photographer Ericka Jones-Craven (she/her) on the culture of Southern churches. “…I grew up in church and spent most of my time there until I became an adult. Through my project, I learned that many queer individuals make up congregations all over (especially in the south).” Ericka investigated stories of people from all walks of life who shared the experiences growing up in the church and coming out after departing it or even while still being members. There are lots of layers to this project that make it incredibly difficult to photograph.

Ericka first started taking photographs when she relocated from Atlanta to Philadelphia after high school. She reasoned that it would be a great way to explore Philly’s culture and break out of her own shell. “I would walk from West Philly to South Philly and heavily indulge in street photography – only using my iPhone at the time,” she tells us. “I found that taking photos was a great way for me to build connections with strangers and loved that my personal archive was diversified with portraits, fashion, architecture and more.” Eventually, she learned her great grandfather was a photographer, so she received his film cameras a gift. Since then, she’s used both digital and film to tell stories.

The story behind Up for Air follows queer people amongst church-going communities in the American South. These days, a sentence like that can bring on a ton of anxiety. There are many issues there involving culture, the rights of people, and more. And so Ericka worked to embed herself within the church communities in Georgia. She attended traditional services, LGBTQ+ services, etc. Part of the work entailed collaborating with local activists and art organizations to collect stories and speaking to members of the community who had insight on the stigmas around sexuality, religion, and spirituality.

Indeed, one of the most difficult parts for Jones-Craven was holding a dialogue around religion. It’s a touchy subject for many people; Ericka needed to approach folks with respect and openness. This involved explaining the project to various people.

“Oftentimes, I would speak to older members who didn’t quite understand my decision to explore the intersections I communicated but after explaining in-depth my goals for the project, those conversations usually happened to have the most impact! I also interviewed many people who decided to stay anonymous or would prefer not to have their photographs taken but shared their testimonies which helped strengthen the featured narratives.”

For Up for Air, Ericka says she probably photographed thousands of images for this project. In turn, the selection process of the final images we see was tedious. Indeed, Ericka’s photos follow the tenants of photojournalism that keep all elements of the story present. “The portraits were extremely personal but I wanted to include images of churches and symbolistic portraiture to broaden the story,” she tells us. “In my zine, Up for Air, I pushed the script a bit further by incorporating stories, maps, diagrams, and handwritten notes to propose an easier digestion for participants and my audience in general.” Each portrait made was partially stylized by the subject, drawing off of their own stories which Ericka says was one of her favorite aspects!

Be sure to check out Erica’s Instagram and her profile on We Women Photo for more.