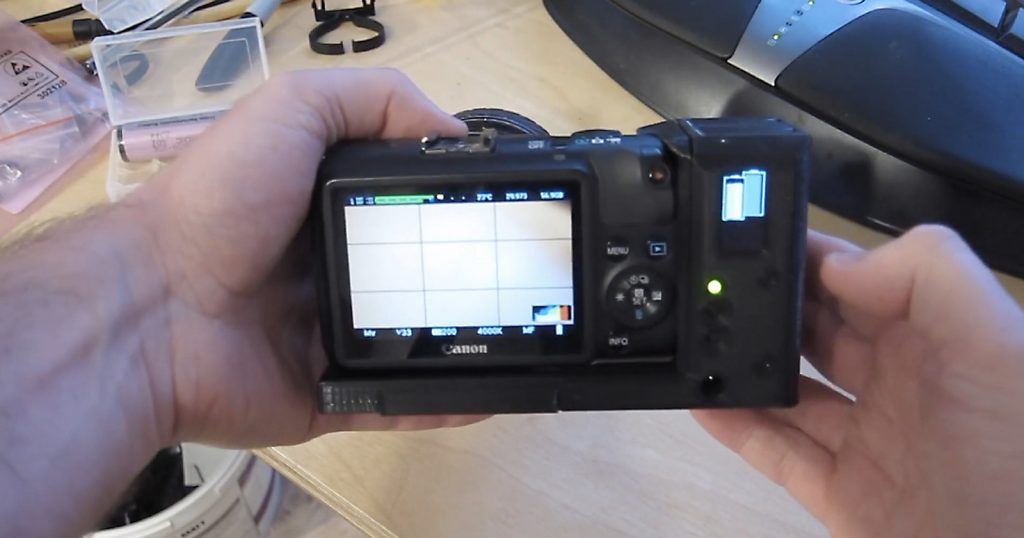 An electronics engineer has created a do-it-yourself hot-swappable battery solution for photographers who want to keep their cameras going through shoots without stopping or losing any footage.

Needing to hastily swap a battery during a shoot so as not to miss anything is likely a familiar scenario to most, if not all, photographers and videographers. Sometimes, that swap needs to be timed perfectly at the risk of missing an important shot, especially if a photographer is tasked with documenting moments that cannot be repeated, like weddings, sports, events, or really any live coverage. However, camera batteries die: it is inevitable, and it is an inconvenience that can disrupt the flow of any shoot.

In an attempt to remedy this problem, U.K.-based electronics engineer and self-described embedded software artist, Olly Funkster, has successfully created a DIY response to this issue, which was first shared by Hackaday. The hack is based around a 18650 lithium-ion battery, which, as explained by Battery Junction, is often used in high-drain devices, such as laptops, due to its superior capacity and discharge rates. It is slightly larger than the familiar AA battery.

Funkster created a fully customized battery grip for his Canon EOS M, not just to deal with the battery run-time issue but also because when in use on a tripod, the battery cannot be replaced unless the camera is taken off the tripod to access the slot — another situation that is likely painfully familiar to photographers.

The project began with a 3D-printed battery grip with a boost converter and two slots that fit one 18650 battery each. This means that the camera is constantly powered using one of the inserted batteries, while the other is kept in reserve. The cells are monitored by an STM32 microcontroller, which, as explained by an electronics engineer Sanskar Biswal, is applied to many areas in electronics, from printers to complex circuit boards in vehicles. 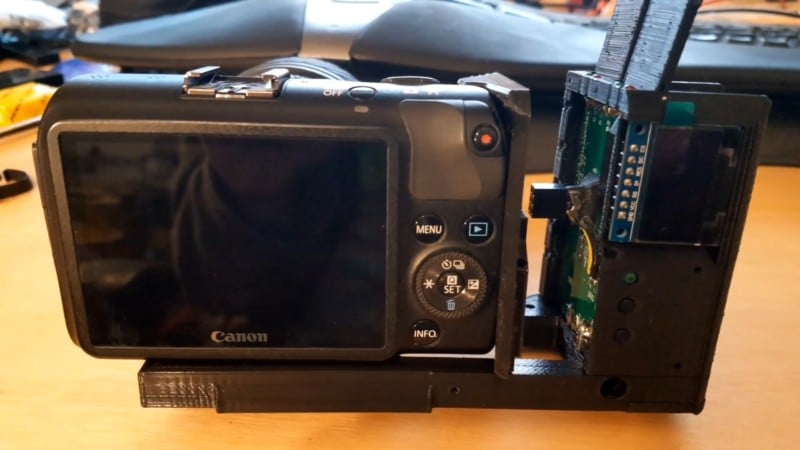 The STM32 microcontroller enables a seamless switch between the batteries if one has been fully drained or is removed, meaning the camera remains turned on and the capture of footage is not interrupted. Funkster’s battery grip even has an OLED display which shows which slot has a battery inserted and how much charge is left in each.

While not a recommended action for those who are not confident in their DIY skills, Funkster used a drill to allow the battery grip — which is tightly wrapped around the camera — to connect directly “via pin headers that pass through a hole drilled in the camera’s case.” This is a permanent modification to the camera, but it allows Funkster to easily access the SD card slot without having to remove the DIY battery grip.

Funkster has shared his 3D pattern, however, because this grip requires custom electronics installed, it is primarily meant to serve as a reference for anyone who wants to attempt creating something similar for their own camera.

If you want to learn more about the whole process and electronics used, you can read a detailed explanation on Funkster’s blog here.