Duchess of Cambridge portraits to go on show – Amateur Photographer 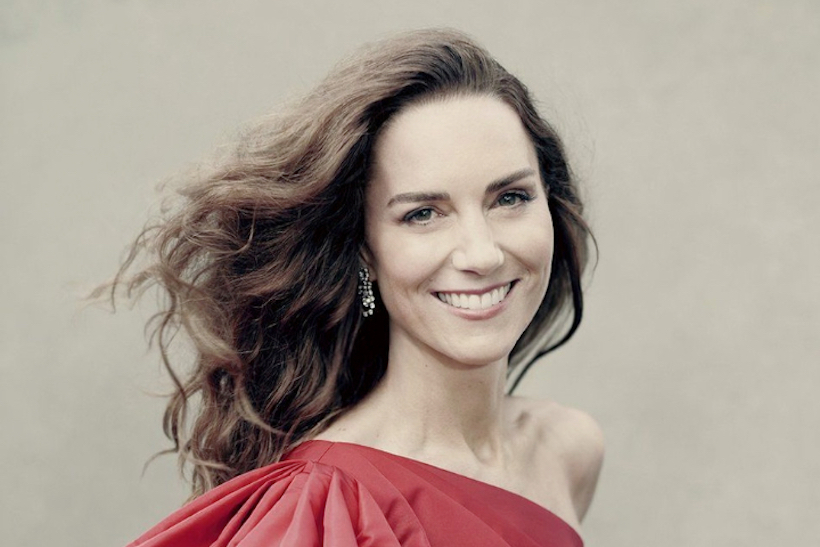 The National Portrait Gallery (NPG) has revealed that three photographic portraits shot to mark HRH The Duchess of Cambridge’s 40th birthday will be displayed at four venues across the UK, starting from Monday 22 March 2022.

The photographs, taken by Italian fashion photographer Paolo Roversi in November 2021, are a part of the NPG’s Coming Home project,

This project sees the gallery lending portraits of well-known individuals to places with which they are closely associated.

You can discover the full inside story of the Duchess of Cambridge’s 40th birthday portraits.

The locations that Roversi’s three portraits will travel to were selected in consultation with The Duchess, who has a special affinity with each place.

A side profile portrait of the Duchess of Cambridge shot by Paolo Roversi to mark her 40th birthday. Image: Paolo Roversi/Kensington Palace via Getty Images

The photograph (above) that depicts The Duchess seated, gazing to the left, will be displayed firstly at St. James the Less Church, Pangbourne, Berkshire, from 22 March to 5 April 2022.

The church has welcomed the Middleton family as parishioners over several generations.

It will then be displayed at Reading Museum from 7 April to 4 June 2022.

Reading Museum was chosen due to its proximity to the Royal Berkshire Hospital, where The Duchess was born on 9 January 1982.

The colour portrait by Paolo Roversi released to mark the 40th birthday of the Duchess of Cambridge. Image: Paolo Roversi/Kensington Palace via Getty Images

The photograph of The Duchess in a red dress (above) will be displayed between 13 June and 30 September 2022 at the Wardlaw Museum, University of St. Andrews, where The Duke and Duchess of Cambridge met while studying for their degrees.

Smiling at the camera

A portrait of the Duchess of Cambridge by Paolo Roversi to mark her 40th birthday – this was chosen by Prince William and her children for release. Image: Paolo Roversi/Kensington Palace via Getty Images

The third photograph (above) in Roversi’s series shows The Duchess in a white dress, smiling straight at the camera.

This portrait will be displayed at Anglesey’s Oriel Môn between 16 July and 2 October 2022, where The Duke and Duchess of Cambridge first lived together in their early years of marriage.

Italy-born Paolo Roversi is one of the most highly respected and influential image-makers of our time.

Based in Paris, he is best known for his celebrity portraits and fashion work.

He often works in the studio, he uses both traditional and digital techniques to create ethereal and soulful portraits.

For this series of portraits, The Duchess and Roversi took inspiration from 19th century photography, which was the subject of Her Royal Highness’ undergraduate thesis at the University of St. Andrews.

Patron of the NPG

Nicholas Cullinan, Director of the National Portrait Gallery, said, ‘The Duchess of Cambridge has been a very committed Patron of the National Portrait Gallery since 2012, reflecting a great interest in photography and portraiture. As one of her first and earliest patronages, we are delighted to be sharing Paolo Roversi’s wonderful portraits, taking each to a place of resonance across the United Kingdom for Her Royal Highness as part of our Coming Home project.’

The NPG’s Coming Home project has enabled works from the Gallery’s national Collection to travel to towns and cities across the UK, providing communities with the opportunity to see iconic works locally.

Coming Home is supported by the Department for Digital, Culture, Media and Sport, by generous contributions from The Thompson Family Charitable Trust, and by funds raised at the gallery’s Portrait Gala in 2017.

The National Portrait Gallery was founded in 1856 to encourage, through portraiture, the appreciation and understanding of the people who have made and are making British history and culture.

Today it promotes engagement with portraiture in all media to a wide-ranging public by conserving, growing and sharing the world’s largest collection of portraits.

Currently closed for its Inspiring People redevelopment, the NPG is due to re-open in spring 2023.

To find out more just go to the NPG website.