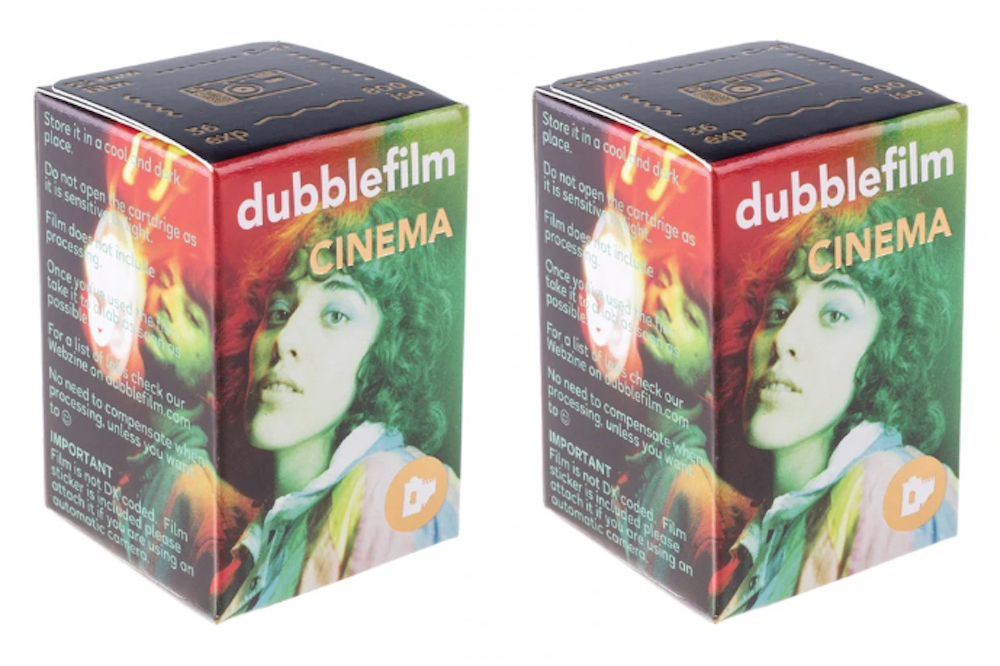 Dubblefilm has announced the launch of its ISO 800, 35mm colour print film Cinema, which is said to be suitable for night-time analogue shooting or bluish tones in daylight.

The film comes in 36-exposure rolls and, according to Dubblefilm, ‘Cinema is a fast ISO 800 colour film. We have used film for movie cameras and removed the protective Remjet layer to make it more accessible for all 35mm film shooters! Expect epic colours, insane tones at night, halo effect around bright red lights and a bluish tone in daylight.’

On its Instagram account Dubble has stated, ‘There has been a big drought of colour film worldwide and this is our effort to keep people shooting! Cinema is not a limited edition. However, we are working on small batches as the production process is time-consuming. We have a small amount of stock now and the next batch arrives in a month or so.’

The name of the new film clearly comes from the fact that Dubblefilm has repurposed motion picture film for the 35mm format.

The aforementioned Remjet layer is a cinematic film’s removable jet black layer, which is the coating of carbon black particles in a water-soluble binder on the bottom of the film.

It has four purposes: anti-halation, anti-static (static can cause film to fog), lubrication and scratch protection.

The Remjet layer isn’t compatible with regular film developers, so it has had to be removed to allow the Cinema 800 film to be processed in C-41 chemicals.

A Remjet layer did appear on Kodachrome film, which meant it had to be developed via the unique K-14 process.

In order to convert the film Dubblefilm is manually spooling it, which means photographers should expect light leaks on the first couple of frames.

The company has added that if photographers are using an electric camera with a DX reader (which automatically determines the film speed), they’ll need to manually apply the supplied DX code sticker before loading the film into their 35mm cameras.

Wolfen NC500 is an emulsion also that is based on Agfa’s XTY320 colour cinema film, that was used in shooting movies such as Out of Africa, Last of the Mohicans and Robin Hood: Prince of Thieves.

The Dubblefilm Cinema 800 announcement is just the latest in series of 2022 announcements about new films, including Kodak GOLD 200’s comeback in 120 format, the launch of CineStill 400Dynamic film and the news of Fugufilm 400: the first all-new slide film since 2005.

Dubble products sell in over 200 stores around the world – to find out more go to the Dubblefilm website.

If you need lab recommendations for film processing just go to Dubblefilm – find a lab!

Dubblefilm launched with two special effects films as a collaboration with the mobile app Dubble in 2017.

It also makes a variety of ‘speciality film’, such as the pre-exposed Hanalogital VEINS 35mm colour film (which offers gradient red stripes in the frame) and the BKIFI B&W $$$ film (which has a dollar pattern spread on the frame).

Dubblefilm also has the SHOW reusable 35mm camera with flash, which sells from for £49 with a neck strap and custom Nähe case.