Don’t Sell Your DSLR Lenses, Give Them New Life 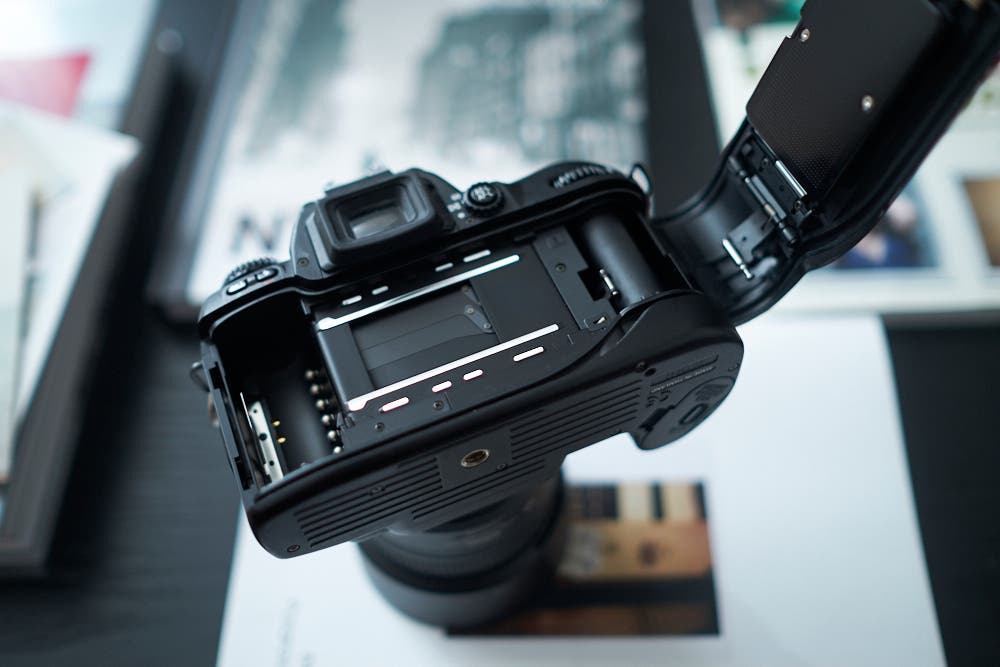 Put your DSLR lenses on a film camera and give them new life.

Of course, you could adapt them to your mirrorless camera. But generally speaking, your DSLR lenses are too big for your mirrorless camera. Instead, why not consider getting back into film? DSLRs were the direct evolution of film cameras. And if you really want to keep using them, it just makes sense to use them on another format. Maybe you’ve never shot film. I’ll judge you for a bit, but you really should. It teaches you so much about shooting and photography that you wouldn’t know otherwise. I’m not saying that you should shoot only film, of course. But you’ll see how you start creating differently.

So let’s break this down. You’ve got a few solid options. There’s Canon EF, Nikon F, Sony/Minolta A, and Pentax K. Those are the major DSLR manufacturers that were around. I’m not going to count Four Thirds–that was the first true all-digital interchangeable lens camera platform.

With Canon, there are tons of excellent EF SLR film cameras. Of course, you can’t use these on the old FD mount cameras. Instead, try going for an EOS 7, EOS 5, EOS 3, or an EOS 1V. Canon’s film Rebel cameras are also an excellent choice. But who really wants a Rebel? If you’re going to shoot film, then go higher end. I used to own a Canon EOS Elan 7. Then I sold one. Then I bought another. And eventually, I ended up selling it again. Best of all, all your EF mount glass can be used with it. In the later years, Canon L lenses got pretty decent. Sigma and Zeiss also made phenomenal lenses for the system after 2011. If you want weather sealing, I’d advise you to go 1V or bust. Remember, these cameras have electronics in them.

If you shoot Nikon, you’ve also got several options. First off, you should know that any Nikon Lens with the E nomenclature is off the table. Nikon made these to really embrace digital a lot more. If you mount them to a film camera, you won’t have aperture control. So they’re pretty useless. Before this, though, Nikon made some fantastic F mount lenses. For example, they had a bunch of excellent f1.8 prime lenses. Tamron also made very good lenses for them within the past decade. Again, so too did Zeiss and Sigma.

Also, and maybe this is as obvious, but only go for FX lenses. Those are for full-frame. Try to snag a Nikon F6, F5, or an F4. But if you want something more affordable, the Nikon F100 was incredibly solid. I should’ve sprung for that instead of the Nikon N80.

Now we get to Sony and Minolta A-mount. You’ve got some options here. If you want to use some of the later lenses, you need a Minolta a9 with SSM support. But for the most part, a Minolta a7 works just fine. Third-party manufacturer support for Sony wasn’t all that prevalent. But Minolta has a bunch of cool, older lenses. Sony and Zeiss both had a super close relationship for years. The weird thing here, though, is the hot shoe. The Minolta hot shoe has to be one of the weirdest creations ever made. It’s so completely different than anything else ever made. Thankfully, Sony wisened up and switched to the multi-interface shoe a while back.

Pentax is where things get super confusing. First off, check your mount. Pentax came out with a bunch of SLRs in different mounts. Pentax K mount is what you’re after. As far as I go, it’s Pentax LX all the way. This camera is weather-resistant and had the best durability. Personally, I’m a spotmatic man, but that’s not K-mount! Like Sony, they didn’t always have the most support. But Pentax has a large variety of lenses. Be sure you get FA lenses. These are full-frame. DA lenses are pretty useless on film cameras. D FA lenses can work on higher-end Pentax film camera bodies.

The cool thing about this is the different looks you’ll get. Newer lenses with newer coatings give film a pretty awesome render.