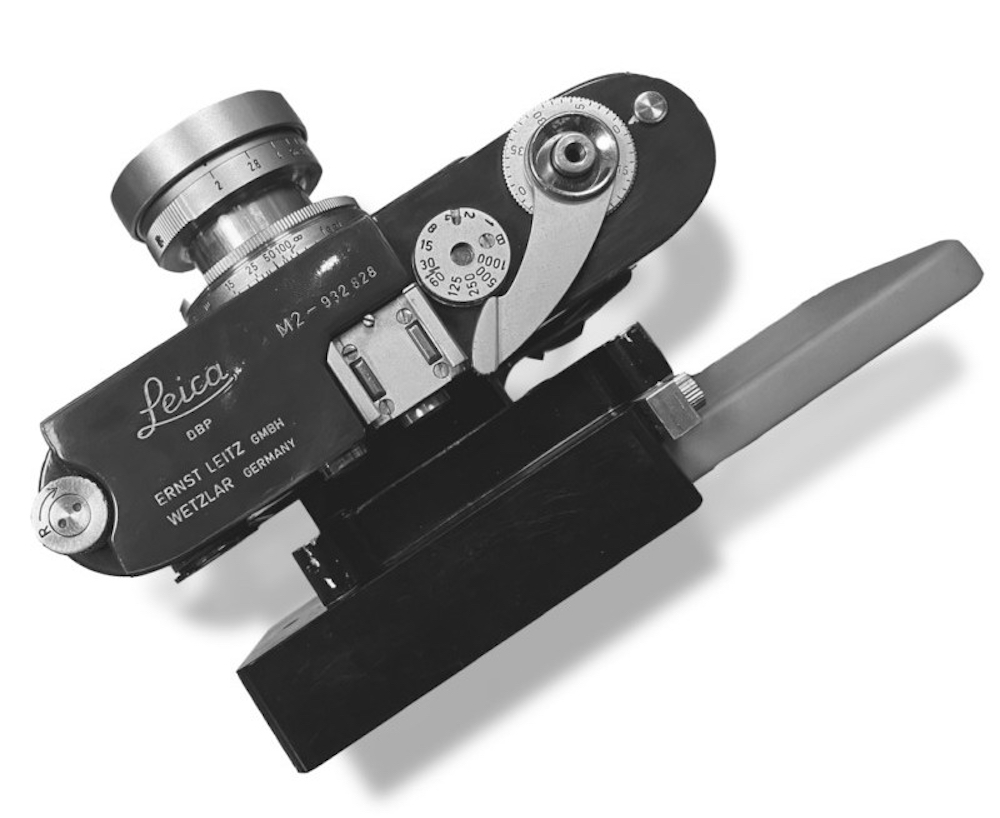 The DiGi Swap – a combination holster and app that allows photographers to shoot with old film cameras, via iPhones, as if they were digital – is now part of a new Kickstarter campaign.

The product was originally revealed in January 2022, but the Fireworks team behind the DiGi Swap device always intended to seek crowdfunding to help to bring its device to market.

Fireworks made the DiGi Swap to enable a modern film camera experience with classic bodies in a way that did not require the purchase of new film, but also wouldn’t require any modification to the camera and would allow for photos to be reviewed immediately.

The DiGi Swap uses a patented adapter that connects the camera and iPhone together and allows it to take photos using a companion app.

The inventor of DiGi Swap explained, ‘As the owner of a camera store for 27 years from the age of 25, I could not help but notice film cameras becoming less and less popular as time passed. One day, while I was feeling nostalgic for the old days when film cameras used to be popular, I took a picture through the viewfinder of a Hasselblad camera with my smartphone. The photo came out well, which led to the development of DiGi Swap in 2021.’

Fireworks bills the devices as a way to ‘upcycle’ film cameras into a digital camera, and the DiGi Swap lets photographers use the original controls on the camera body such as aperture, shutter speed, and focus adjustment as well as capture video.

The company told the website PetaPixel in January 2022, ‘The application interlocks with the shutter, detects the light coming in and out of the film camera, and records it on the iPhone. A macro lens and a projection screen are placed on the camera and the image projected on the phone is captured. It is a patented technology.’

A DiGi Swap attached to a Leica film camera

Attaching a DiGi Swap device does significantly increase the size of the camera it is attached to, but Fireworks has showcased the device working with a wide variety of cameras, specifically showing it mounted to a Canon F1, a Leica M2, a LeicaFlex SL, a Nikon FM2 and a Nikon F2.

Out of the box the DiGiSwap will work with several Canon, Nikon, Leica, Minolta, Pentax, Contax and Olympus cameras, but operation with the Leica M2 and M3 bodies does require the addition of a special adapter.

Fireworks claims, ‘DiGi Swap was not designed to encourage people to use digital cameras. Our goal is to preserve film cameras, by creating ways to their original functions in the digital age.’

The DiGi Swap is compatible with iPhone models as far back as the iPhone X and SE through the most recent iPhone 13 Pro MAX.

The system is not currently compatible with any Android-based smartphones.

The DiGi Swap device in use

The DiGi Swap can be backed on Kickstarter for 23,500 yen (approx. £144), which is 33% off the eventual retail price, and includes both the physical adapter and access to the app.

The app will eventually sell for around £38 and the Leica M-mount adapter will cost an additional £50.

A full list of compatible camera models is available on the company’s Kickstarter page.

The company intends to deliver finished products to customers by August 2022.

All the ways to back the project can be viewed on the DiGi Swap Kickstarter page.

How to digitise photos and slides

Bargain digital and film cameras for under £100