Decades-Old Undeveloped Film Found Thousands of Miles from its Origin 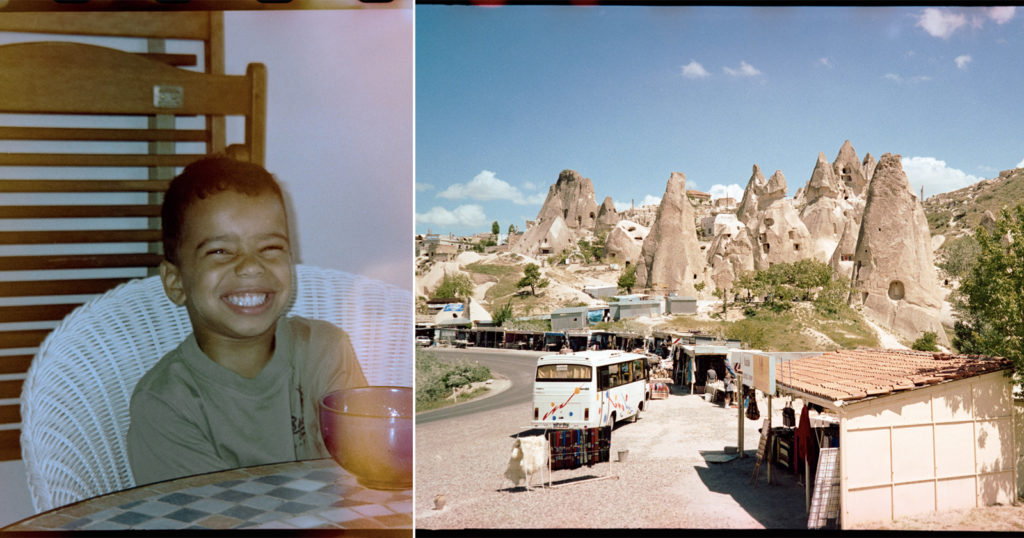 Photographer Eneko Jorge Gomez was browsing a thrift store near his home in Spain when he came across an old camera that he realized was still loaded with film. After developing the roll, he used clues in the photos to determine that he believes the images are at least a decade old and taken in Turkey.

As he explains in the video below — which is in Spanish — Gomez says that he initially came across the camera while he was just browsing a local store and looking for something unusual.

“Earlier this year I was looking through their point and shoot film cameras and found this uninteresting Olympus Superzoom 115 camera with a moldy viewfinder,” he tells PetaPixel. “I was going to put it back, but then I realized that it was loaded with film. That changed everything and immediately I wanted to purchase it and take it home to potentially save some forgotten pictures.”

Gomez purchased the camera and loaded it with a new battery, at which point he saw that it was only a half-finished roll.

“I finished the roll and kept it safely stored until it was time to develop it,” he says.

Gomez developed the film manually and during the process says he was particularly excited to see what images he might find.

“Usually I feel calm because, after developing about 100 rolls of film myself, I know that everything is going to turn alright,” he says. “But this time, I honestly was very eager to find out what was — or wasn’t — on that roll.”

He says that in an effort to make sure that the development process was done correctly, he opted to process it along with another roll of newer film at the same time.

“Finally the time to open the development tank came, and I started pulling the film,” Gomez recalls. “First, the pictures I made to finish the roll came out, but then… the film was black. My heart sank instantly because I knew someone opened the camera and ruined the film… but then… there were pictures!”

Excitedly, Gomez hung the film to dry so that he could more closely inspect the negatives.

“First I noticed that the film was much darker than normal, but the pictures looked correctly exposed. Then I started discerning some rocks — lots of them.”

At first, the sight of rocks did not seem all that interesting to Gomez, and the ensuing images didn’t instill much confidence that the photos would get better as they were all dark and appeared badly damaged. That said, one photo appeared to show a child, and Gomez decided to try and bring the images back by scanning them.

“The scanning process with my D810 went well, although the exposure time was much longer due to the very dark negative base,” he says. “I imported the RAW files to my computer and using Negative Lab Pro made the positives… and then the pictures came to life.”

The rocks that at first appeared bland and uninteresting became far from it.

“Turns out that the clue to the puzzle was frame number three,” he says. “If zoomed to 1:1, far away there was a building whose sign read, ‘Hotel 1001 Nuits.‘”

Taking to Google, Gomez at first found nothing that matched until he searched by similar images.

“I found the exact same very weird looking hotel in a place called Uçhisar in Turkey,” he says. “Then I searched for pictures of this town and what an amazing and special place!”

Looking through the images, he couldn’t help but wonder how the photos, which appeared quite old to him, had traveled such a distance.

“How on Earth did this camera end at a thrift store so far away? Who did this camera belong to? Why these holiday pictures where not developed for about 10 to 20 years? Why was the camera back opened?”

Filled with questions, Gomez hopes that someone recognizes the child, who he believes is very likely grown by now since the Olympus Superzoom 115 was originally released in 1998, and can provide some answers.

“Overall I feel very proud for saving these pictures,” he says. “And, hopefully, this child finds the story and he can tell us what happened.”