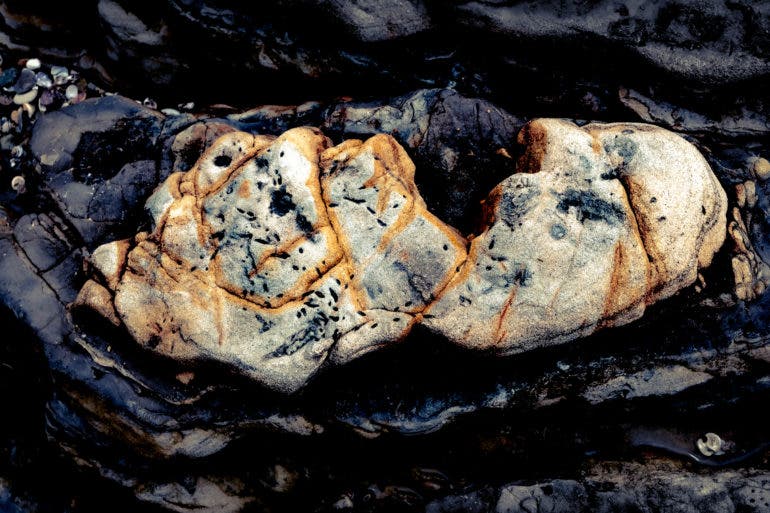 My name is David Ellis. I am a writer, strategist, gadfly and documentary/fine arts photographer based in California and a member of the SanDisk Extreme Team. I started in photojournalism, where I learned the power of visual storytelling and of the immediacy of the photographic moment. It was a bit of a fluke. I took a job as a junior writer at an automotive magazine, and as I was headed out the door to cover my first story, the editor handed me a brick of Tri-X and said, “Bring back five usable black and whites.” I had a Pentax K1000 and a 50mm lens that I used about three times before that moment. Terrified, I fumbled my way through most of the 20 rolls and got the five shots. But I loved the process of seeing and creating images so much, I was hooked for life. My mantra, “See it, shoot it,” has been the driving force of my work for decades.

Want to be featured on our website. Here’s how to submit.

What photographers are your biggest influences? How did they affect who you are and how you create?

There are so many, but I’m moved by conceptual photographers where you can see the musculature of their work. Ernst Haas, Minor White, and Andre Kertesz are big influences, as are Keith Carter and Irving Penn. Painters like Van Gogh, Caravaggio and Francis Bacon also have shaped my sensibilities.

How long have you been shooting? How do you feel you’ve evolved?

I started with film and wet darkrooms in the late ‘80s. A Canon PowerShot G3, which I still have, changed my life. The ability to see as you worked opened new avenues of experimentation without worrying about the costs and limitations of film. While I still have the film discipline of making images mostly in-camera and never “spray and pray,” making the leap to digital encouraged the creative “mistakes” that gave me the freedom to explore new techniques.

Tell us about your photographic identity. You as a person have an identity that fundamentally makes you who you are. Tell us about that as a photographer.

My exposure to photography and fine art began with my family, which has a long and storied history in visual and performing arts. An appreciation of Chiaroscuro, vivid colors, and random acts of artistry began at home and have influenced my work since I picked up a camera. I came of age in the late ‘60s and ‘70s—periods of radical social, artistic, and political conflict and transformation. But none was as profound as the transition from analog to digital. I’ve been digitized out of at least three careers. Not jobs, careers. First as a touring/session drummer, then as a print journalist, and finally, as the co-owner a breakthrough graphic design firm where I watched our robust business, along with those of dozens of incredible photographers, artists, and illustrators, constantly morph to accommodate clients and survive digital commoditization.

Navigating that profound shift has made me fast on my feet, honed my peripheral vision and made me embrace the things that never sit still—skills that serve me well as a business strategist and a photographer. Much of what I capture is raw, fractional or in motion, heading from one place to another. I take nothing for granted and keep moving and experimenting. I’ve come to appreciate that life and art are in every way transitory and unfinished, interrupted by moments of real clarity and inspiration. It’s capturing those moments that drive my photography.

Tell us about the gear you’re using.

While I’ve shot with nearly every major brand in both film and digital formats, I use Olympus Micro 4/3 cameras. My Olympus gear includes OMD-EM1 Mkiii, EM1 Mkii and PEN-F, which is my go-to street camera, along with Zuiko Pro zooms, and Olympus and Pana-Leica primes ranging from 14mm-600mm (FF equivalent). My “desert island” set-up would be the PEN-F with Olympus 17mm f1.8 lens.

For me, Olympus is completely intuitive–the camera never gets between me and the shot. It’s a personal thing. They feel great in the hand. Their amazing IBIS enables me to react quickly and helps compensate for the smaller sensor size in low light. Hi-Res 80MP files that along with Adobe’s recent Super Resolution upgrade eliminates the need for a full-frame or even medium format camera for landscape and static subjects. Ultra-fast UHS-II SDXC SanDisk Extreme Pro cards, G-Technology G-Drive Mobile SSD portable drives and a Manfrotto BeFree tripod round out my gear.

Natural light or artificial light? Why?

Natural light almost exclusively. Much of what I shoot is spontaneous and on-the-fly. While there are great street photographers who use flash beautifully, I like to be as unintrusive as possible and prefer a more natural look. I don’t spend much time in the studio or shooting at night these days. If I use flash at all, it’s to create a special effect. I’ll use the second curtain to both freeze a subject and capture the movement of a given scene at the same time. It doesn’t always work, but when it does, the images can be stunning.

Do you feel you’re more of a creator or a documenter? Why? How does your gear help you do this?

Both and neither—more of an accidental tourist. I’m somewhat of a purist which means staying faithful to the genre and working to have the subject rather than the technique be the point of difference.

At the same time, I hopped on iPhoneography very early on with an iPhone 3, working with several pioneering photo editing apps like Brushes and Mill Color. They were fairly basic, especially given today’s apps, but raw and beautiful. I don’t shoot much with an iPhone these days because I prefer a real camera for composition and control. But I have evolved a unique post-processing workflow for some of my fine art work that is a hybrid between Mac OS apps like Lightroom and iOS apps like Pixelmator, Procreate and Snapseed that provide amazing results. The work exists in some netherworld. It’s not pure photography nor is it illustration—it’s somewhere in between.

What’s typically going through your mind when you create images? Tell us about your processes both mentally and mechanically.

My work process literally runs from documentarian to increasingly metaphoric and abstract. Unless I’m on an assignment or have a shot list, I have to train my eye before I get images that are more unique.

I’ll begin by documenting what’s in right front of me before I can create more conceptual imagery. It helps contextualize my thinking and build a story line. Digital helps because I’m not burning expensive film. For example, when I shoot at Point Lobos in Northern California, I’ll capture the crashing waves, the curves of the coastline, a stand of trees, and the fallen logs—even though I’ve shot them all dozens of times. Once that’s done, I’ll start to see more deeply and focus tightly on the scene, noticing the patterns in the rocks and kelp, the light that emerges behind the formations in the water, the converging trail lines made by some of the animals that traverse the park. This creates the bridge between the literal and the abstract that I’m looking for.

Please walk us through your processing techniques?

Unless I’m on a deadline, I’ll upload my files immediately after a session, but won’t review them until at least a few days later. Having some distance gives me a different perspective on what I’ve shot. Often, images that I thought were good on the shoot, don’t make the final cut.

Given my film roots, my images are made mostly in-camera, with minimal post-processing. I shoot raw and use Lightroom much as I would a wet darkroom–burning and dodging for emphasis, modulating blacks and making minor color adjustments. I’ve never truly mastered the “language” of Photoshop and only use it to remove distracting elements. Swapping out skies, adding birds or shafts of light doesn’t work for me–that makes a photograph an illustration as far as I’m concerned. Plus, with all the presets, LUTs and filters available, you can make amazing images instantly but lose the connection to your work, which is part of the joy of making photographs.

Tell us about the project or portfolio you’re pitching.

Lobospheres© began out of a sense of wonder and amusement. Having tried several times to photograph Pt. Lobos in a unique way, I looked down at the granite patterns at Weston Beach and a chorus of faces and mythical creatures emerged. It was impossible to “unsee” them. So, I began photographing them as found portraits, each unique, each etched forever in the rock that was the foundation of that storied beach. I’ve returned several times over more than 10 years and expected to see the same menagerie of figures and faces, but it’s been different each time.

While these images are ephemeral, sadly, Pt. Lobos as we know it has an expiration date, as well. Northern California‘s sea level could rise as much as seven feet by the turn of the century, all but decimating Weston Beach. In the context of inevitable catastrophic climate change, Lobospheres© has become my way to document the crazy micro-beauty of this natural treasure before it’s washed away. Ultimately, Lobospheres© reminds us of what we take for granted and rarely take the time to really see or appreciate.

What made you want to get into your genre?

My work spans several genres and styles—I like to work in dynamic, ever-changing situations, whether that’s at a street protest, sports event, or changing light and moments in a city street scene or landscape.

What motivates you to shoot?

The experience of seeing. Getting into a flow state. Some of my favorite photos never made it into the camera, yet I can see them as vividly as if they were printed. I truly believe you get the photos you’re meant to have. I’m motivated by the constant challenge of capturing something that most people don’t see. An expression. A juxtaposition of seemingly unrelated elements, light and shadow or an unexpected perfect composition. There is a moment, usually a second or two, when the photo reveals itself. Most of the time, I “see” and capture these subconsciously and they only become tangible in post.

Explain why the readers want to see your work, or why your project is really cool.

Lobospheres© is an alternative approach to the challenge of photographing one of the world’s most iconic photo sites. Landscape photographers, especially, spend a huge amount of time planning their photographs and waiting for the exact moment to arrive, when remarkable imagery can exist literally underfoot. If only you train your eyes to see them.

From a technical standpoint, most of these images were made in diffuse light, with the sun straight up—typically the worst time to shoot landscapes. Several cameras were used over the years including Nikon F2, Canon 5D Mkiii, Fujifilm X-H1/X-T3 and Olympus. In every case, the camera was handheld, the lenses used were conventional 50mm – 85mm primes and zooms (full-frame equivalent)—no macro, no filters, no color shifting or Photoshop gymnastics. Color and contrast adjustments were made in Lightroom.

Also, this series was shot over many years and its importance changed over time. Initially more of a fine art project, the fact that much of this beach could be obliterated by climate-driven sea level rise by the end of the decade gave this project more resonance and urgency. It’s still a work in progress. I photograph Point Lobos at least six times a year.