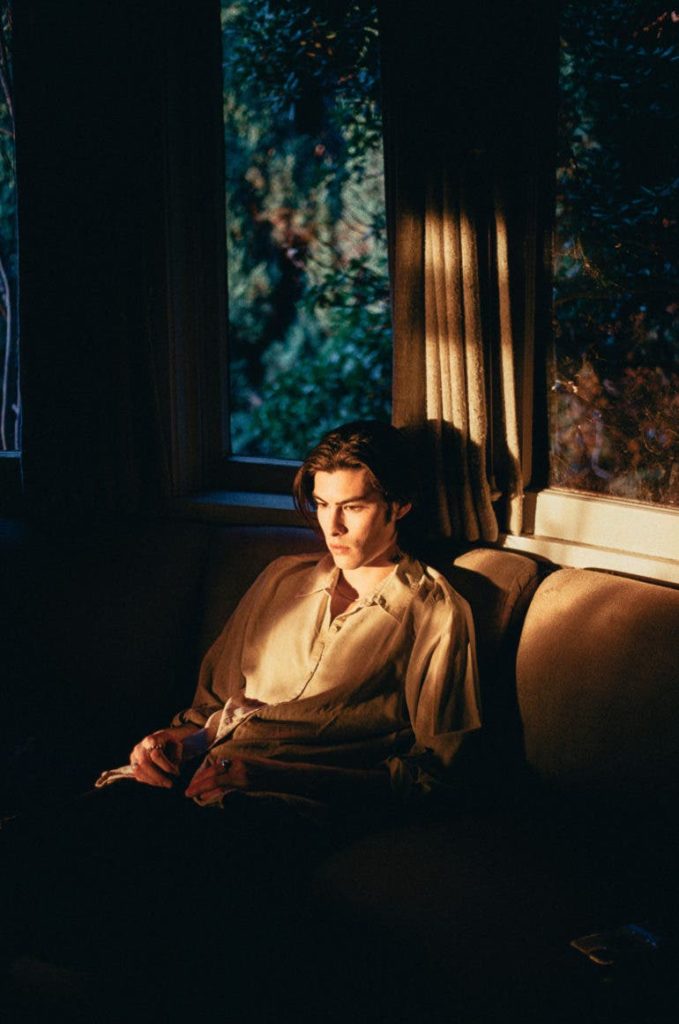 “I think having a vision as a photographer is more important than just having the most expensive equipment,” says LA-based photographer Dave Tada. He’s been uploading at least one new analogue photo per day to his Tumblr page for the last 11 years. That’s no major feat when we think of how easy it is to take a digital photo these days. But my head spins when I try to calculate how much he might have spent on all that film for this project.

Putting the focus where it matters the most, Dave Tada raises an essential point to those who feel getting the latest gear can make us better photographers. And let’s be honest; we’ve all been guilty of this feeling at some point or the other in our careers. I’m not averse to photographers getting newer gear if it helps achieve their creative vision. However, the issue arises when photographers assume that purchasing that latest lens or camera can actually help us find our vision when there may have never been one. Hats off to Dave’s commitment to keeping his analog Tumblr page alive and active on a daily basis for so long. Keeping a steady flow of analog content to a blog isn’t easy.

I have a strong suspicion Dave might have left out a camera or two there. What an impressive list this is!

Most of my disposable income goes back into buying more cameras. If I’m shooting with strobes, I use Profoto D1s and recently picked up some Godox AD300s since they’re compact, light and battery powered.

The Phoblographer: Please tell us about your life and what brought you to the world of photography.

Dave Tada: I live in sunny Los Angeles, California, and work as a freelance fashion/editorial photographer. I originally got into photography in high school, wanting to document all of my important life events, and thought my career path would lead me to be a documentary photographer or photojournalist. I wanted to be the next Henri Cartier Bresson, Mary Ellen Mark, or Lauren Greenfield. Later on, I became interested in fashion photography and was inspired by Nick Knight, Helmut Newton, David LaChapelle, amongst many others.

The Phoblographer: Tell us what fascinates you about analog photography? Is it the experience itself, the thought process, the development, the anticipation?

Dave Tada: I do have an unhealthy love of film cameras and how they all make me shoot in a different way. I think they all have their own personality. Also, for me, film has such a unique look that sometimes feels familiar, yet also otherworldly. I shoot digital for work, and it serves its purpose for that. However, it’s a bit too sterile and perfect looking, in my opinion.

The Phoblographer: “Check back every day for a new image.” How hard (or not) is it to keep this up on your Tumblr feed, especially since it’s all analog work.

Dave Tada: Over the years, it’s just become part of my daily ritual. I just realized it’s been going for over 11 years now (crazy).

The Phoblographer: Does your website and feed lead to more commercial and paid work for you or is it just an extended hobby?

Dave Tada: I have picked up a few clients over the years, but at this point, it’s really mostly for myself since all my friends have since left Tumblr, except for John Sypal (tokyocamerastyle). He still likes my photos on there.

The Phoblographer: Do you feel people these days, especially strangers, are more receptive to having their pictures taken on analog cameras rather than being a digital subject?

Dave Tada: Some people have expressed an interest in film photography when I’ve asked them to snap their photo. In fact, some of the models I’ve shot recently have several film cameras and were pretty excited when finding out we were shooting on film. But I think the majority of strangers I’ve asked haven’t really cared one way or the other.

The Phoblographer: Flash usage can be tricky, but more so maybe when used with analog cameras. How have you managed to seamlessly incorporated this into your analog portraits?

Dave Tada: Since I still shoot digital for work, I bring a Canon 5d Mark III, which I use to double-check the lighting (instead of using a polaroid back) before swapping back to the film cameras. Otherwise, I do still shoot a lot with on-camera flashes.

The Phoblographer: What’s the x-factor which makes you decide that a scene or a person deserves a spot on your film roll?

Dave Tada: If I’m approaching a stranger to take their photo, it’s typically because I see something unique/interesting in their style/demeanor. But, there are times that I use my film cameras like my iPhone and snap some images that don’t really fulfill any particular criteria and just let me enjoy taking photos just for the sake of it.

The Phoblographer: As analog story tellers, what can we do to improve the way we express our emotions and thoughts if many of us are constantly worrying about ruining a frame on our rolls?

Dave Tada: I think it really comes down to thoughtfulness. What story does this image tell? I think having a vision as a photographer is more important than just having the most expensive equipment and being technically proficient, but that’s just me (saying this as someone who’s still searching for their voice/vision).

The Phoblographer: Can the sharpest and most color accurate monitor ever duplicate the way we perceive a photograph, as compared to viewing an actual print in our hands? Why or why not?

Dave Tada: I don’t believe so. Because it’s not necessarily all about sharpness or color accuracy that makes a physical print so special. You don’t feel pixels on a screen the way you feel the texture of the image. I believe it extends to the way scanned images print out versus optical prints as well. The optical prints contain a certain depth which I personally haven’t been able to reproduce from my scanned images.

The Phoblographer: Just like it can when working with editing presets, does it ever get confusing for you to decide what film stock to grab when heading out for a shoot? What factors influence this decision of yours?

Dave Tada: I typically pack both color and black and white film for this reason. For every day, I usually have Kodak Ultramax 400 and Ilford hp5 with me. But lately, I’ve been burning through some of the Fuji Superia 400 I have stockpiled since I’m running low on UltraMax, and as of now, the three packs are still out of stock everywhere. If I’m doing a proper shoot with a model, I usually go with Kodak Portra 400, Kodak pro image 100 and Fuji since I really like how they render skin tones.

The Phoblographer: And lastly, what camera, lens and film stock combination would you like to be photographed with, if a book on your work was ever made?