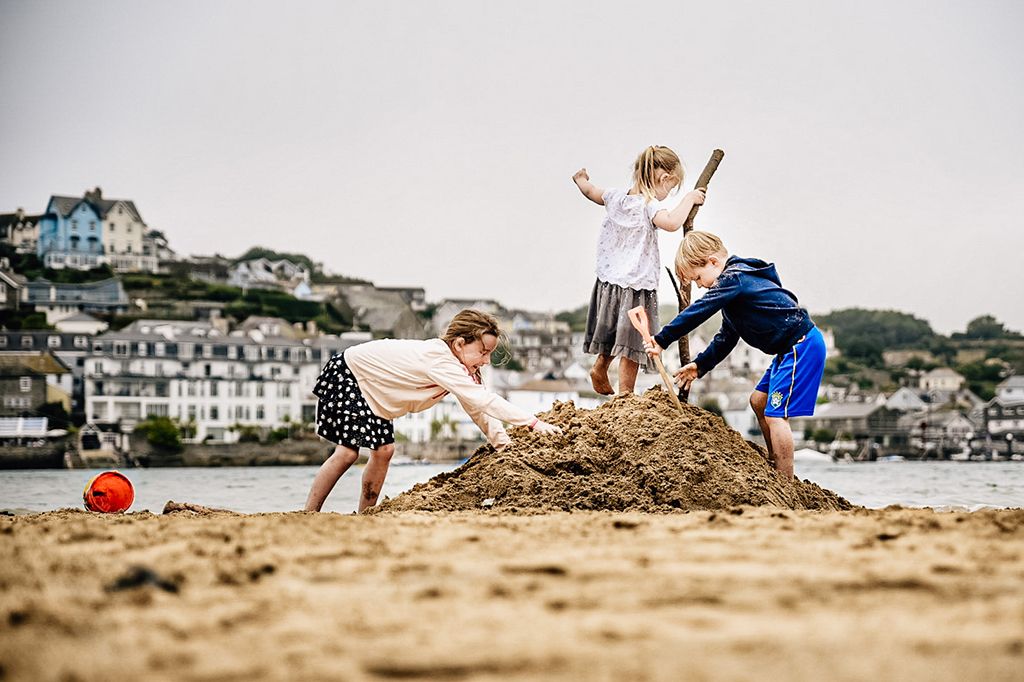 Earlier this year we ran a major competition with cottages.com, the UK’s leading provider of self-catering holiday properties and luxury homes, to win one of five fantastic UK breaks up to the value of £2,500 and a GoPro bundle.

The judging panel comprised AP editor Nigel Atherton, well-known travel writer and broadcaster Simon Calder and Paul Evans from cottages.com. The results are now in – see below for full details of the category winners.

Andrew Kennedy from Northampton wins this category with an image of  Stevington Windmill, located outside Bedford.

“We never get to see the Milky Way in this part of the UK, but with the right settings on the camera, you can just make it out,” he explains.

“I used the PhotoPills app to locate the Milky Way but it was going to be hours before it was positioned where I wanted it. I used the time by taking some light paintings of the windmill, then everything was showing just where I wanted. I tried a number of shutter speeds and ISO settings to see which setting brought out the Milky Way.” Andrew adds: “I submitted this photo because it tells me that no matter your location, the impossible is possible. I just needed to research, plan and execute.”

The editing process consisted of using 20 images of the Milky Way and three light-painted images of the windmill. ‘I loaded the 20 images into Sequator, which helps to align the stars and stacks them. Once it had rendered the final shot, I opened the image in Photoshop before making the final touches in Lightroom.”

Matt Henderson from Kelbrook wins with an image of the Natural History Museum in London, reflected in a puddle. “Visiting London during very rainy, changeable weather, I took many shots of famous landmarks reflected in puddles,” he explains. “The overhanging tree, height of the tower and the angle of the building leading you in gives this image a symmetry and clarity which made it stand out from the other shots I took that day.”

“The conditions were pretty perfect, with a hot sunny hot spell following very heavy rain, so I did some small adjustments in Lightroom,” Matt explains.

The winner of this category is Aoife Crawford-Bonner from Loughton, with an image from Smalls Beach at Salcombe in Devon. “This photo represents typical great British summer weather!” Aoife explains. “Grey skies and a little chilly, but this couldn’t dampen the fun of the little ones. We spent hours on the beach, building sandcastles, rivers and dens, all overlooking the beautiful backdrop of Salcombe. Having just been through lockdown and home schooling, this photo felt like pure paradise and freedom.”

“I edited this photo very slightly in Lightroom Mobile,” Aoife adds. “As it was an overcast day I adjusted slightly for shadow/ highlights and straightened it up. Other than that the scene in front of me did all the hard work to look so picture perfect.”

Jason Louis from Taunton wins with an image of Bamburgh Beach. “My wife Sarah, dog Bert and I stopped at the beach on the way home from touring Scotland.” Says Jason. “We had no idea how beautiful the Northumberland coast was and were treated to a stunning sunset, with the light changing by the minute.

“I love how the joyful movement in the photo, with Bert’s tail wagging and Sarah holding her shoes aloft, is reflected in the water… and how the eye is drawn to them near the point where the line of waves and sunlit clouds converge.”

The image did not require any editing.

Last but not least, Francis Wilson from Huddersfield bags this category with an image of Storthes Hall in West Yorkshire. “My intention was to shoot some treescapes in this ancient woodland but it quickly came to my attention that the wood was a popular dog-walking spot,” says Francis.

“So when I spotted this gentleman walking towards me it was just a matter of waiting for him to walk into the composition. This image stood out to me because it shouts ‘autumn.’ I also like the soft bokeh effect on the surrounding foliage which adds an almost ‘dreamy’ feel.”

“I upped the vibrance in Lightroom Classic then lowered the saturation a touch. After this, I dropped the texture and clarity down but then brushed it back in selectively. I sharpened the subject whilst also adding a touch more clarity. Next, I upped the saturation of the reds, oranges and yellows, whilst moving the colour calibration slider over – so I brought the whole image closer to orange.

I then brought the image into Photoshop to accentuate the shadows and highlights with a few curve layers. Last but not least, I finished with a bit of sharpening using a high-pass filter.”

The judges’ comments on the winners

“Our aim when launching Viewfinder was to give people the chance to preserve a moment in time during what will forever be remembered as the year of the staycation, and boy, did they deliver! Every single corner of these fantastic isles seems to have been captured as part of this competition and it just goes to show why the UK continues to be such an attractive holiday destination – particularly for those of us fortunate enough to already live here!”

“Judging this photographic competition was a huge pleasure. The overall standard was incredibly high and it was lovely to be taken on a tour of the UK through so many high-quality images. It really reminds us that an award-winning picture does not need to be taken some place that is foreign or exotic; if you can skilfully combine and catch light, subject matter and atmosphere, you can take a great photo in your back yard, down the road or in your local park. I hope this competition becomes an annual opportunity for everyone.”

“I am involved in judging a lot of competitions and the quality of images submitted to Viewfinder was really outstanding. Entrants captured the sheer variety of the British Isles and showed lots of creativity and imagination. It was a hard task to draw up a shortlist, but the category winners are superb. Everyone who entered Viewfinder should be applauded for their photographic skill, however, and I am sure this competition will only get bigger and bigger in the future.’

With more than 20,000 unique places to stay, you can discover breathtaking Britain for yourself with cottages.com