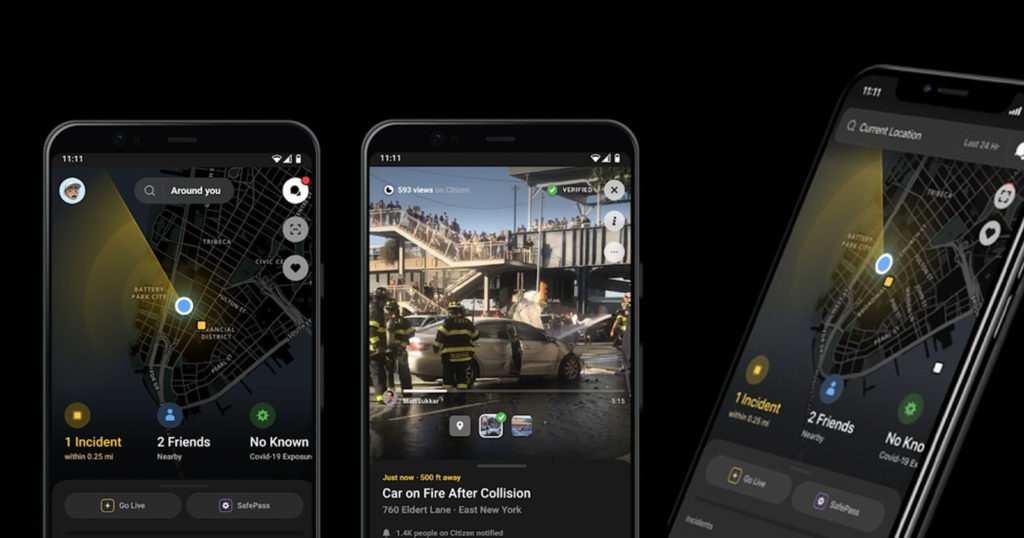 A controversial smartphone app called Citizen is offering to pay people who can rush to crime and emergency scenes to capture the events with their smartphone cameras in hopes of encouraging ordinary people to participate in the app as well.

The New York Post reports that the app was first released in 2016 under the name “Vigilante” but was soon removed from Apple’s App Store amid criticism that it encouraged vigilantism. Now rebranded as “Citizen,” the app has received financial backing from high-profile venture firms and individuals (including Sequoia Capital and Peter Thiel) and promises to deliver real-time safety alerts for its 7 million users across 30 cities (with more areas on the way).

The app claims it is a “personal safety network” that empowers its users to protect themselves and the people and places they care about. In addition to crime reporting, it can also be used for COVID-19 contact tracing, access to real-time 911 alerts, instant help from crisis responders, and safety tracking for friends and family.

The New York Post speculates that the vast majority of alerts and videos are submitted on this app are done so by volunteers who happened to be in the right place at the right time, which saves the company money instead of using local journalists. However, to generate public involvement, it is believed that the company has recruited “field team members” who are hired to chase emergencies around the Big Apple.

Although the company doesn’t post the available jobs on its website nor does it publicize its name on online job sites, a since-deleted job posting on the Journalism Jobs website read that a company is seeking “field team members” to work for an unnamed “tech company with user-generated content.”

The posting also read that the successful members would be “dispatched” to cover a variety of events in their area and that they should use their initiative to interview people, such as witnesses, police officials, and other parties if the situation permits it. The advertised listing offered $200 per day for eight-hour shifts in New York, while workers in Los Angeles stand to make $250 per day for ten-hour shifts.

Although the company has made its mission to make the world a safer place, it is noted that the app has had its share of criticism for “sending out alters based on 911 calls without corroboration,” for example. The company’s CEO Andrew Frame has also received criticism, as reported in detail by Vice, for putting out a $30,000 reward for information leading to the arrest of a male arson suspect in Los Angeles before it came to light that the captured suspect was innocent.

The app is available for free on both Google Play and Apple’s App Store. A list of recently captured incidents and videos is also available on Citizen’s website.