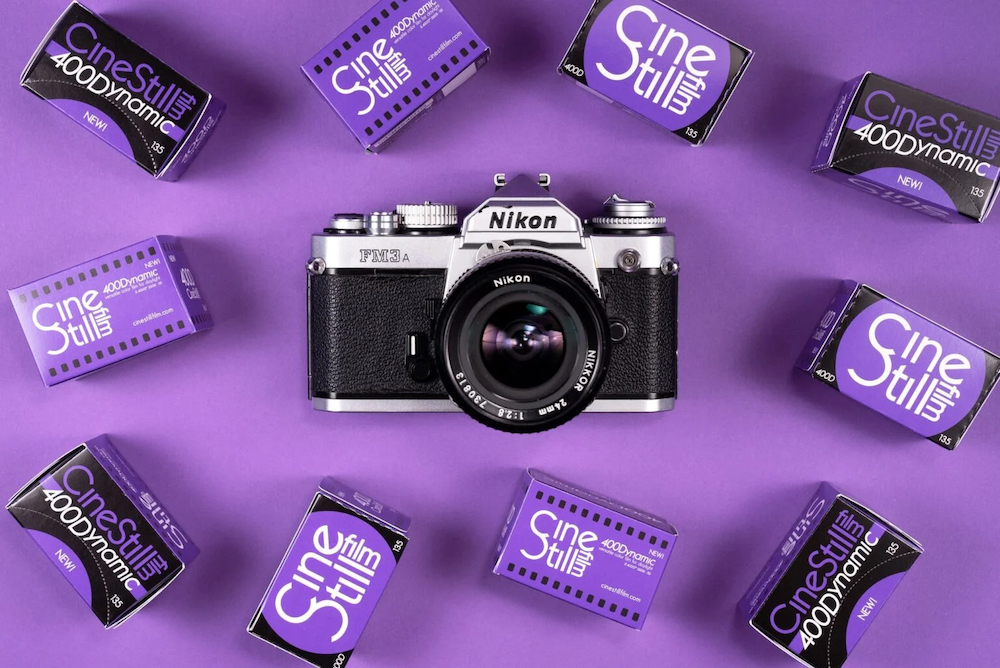 CineStill is crowdfunding in a bid to launch its 400Dynamic (aka 400D) colour negative film in 35mm and 120 film formats.

The company says 400D will be new, daylight-balanced film stock.

CineStill already has ISO 50 daylight balanced film (50D) and an ISO 800 tungsten-balanced film (800T) in its range. Both of these films were launched after crowdfunding campaigns in 2016.

The CineStill boutique film company was founded in 2021 by Los Angeles-based brothers Brian and Brandon Wright, who aimed to bring high-quality cine film to the kitbags of photographers.

Now CineStill is asking photographers who enjoy shooting with film to help it to bring this new daylight-balanced 400 film to market in 35mm and 120 formats. You can view a short film about CineStill 400D below:

The crowdfunding ‘blurb’ from CineStill is as follows, ‘The world needs a new color film — become a Film Maker and help bring 400Dynamic to life! By supporting, secure the future of 400D and make it available to the analog community for years to come. Each backer goal we hit unlocks new tiers and Film Maker benefits. Back multiple tiers to get a special 400D pin and to access more backer benefits! Scroll down to see all of the backer benefits and full campaign details, including what it means to become a CineStill Film Maker.’

According to the campaign, CineStill 400Dynamic is a daylight-balanced colour film intended for ‘everyday use.’

In terms of image quality, the film should deliver, ‘a soft colour palette with natural saturated colour and rich, warm skin tones.’

Like the brand’s other films, 400D comes from ‘motion picture film emulsion.’

It has also been treated with an ‘anti-static lubricant coating’ to ensure the film moves with ease through older cameras, whether they’re wound on manually or automatically.

If the crowdfunding campaign goes well there’s the possibility of that CineStill 400D will additionally be produced as a 4×5 large format film.

As with most crowd-funding campaigns, there are a number of different ‘tiers’ to back, each with different rewards.

CineStill is offering several ‘early bird’ packages, that will ship as soon as April 2022.

Discover the beauty of boutique film

Get the cinematic look in your photography

The essential guide to shooting film