Challenge: Can You Tell the Difference Between Real Film and a Preset? 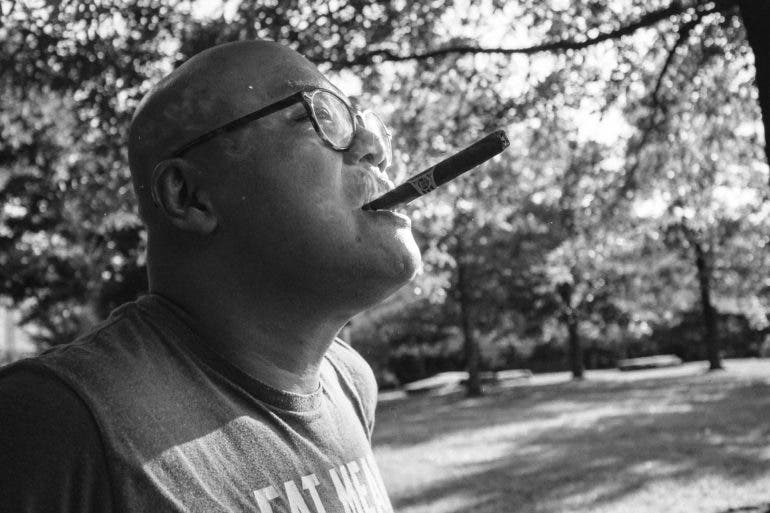 We’re pretty sure you can’t tell the difference between a film preset and a film scan.

If you look around on loads of Facebook groups and Instagram accounts, they’ll try to pass of film presets for the real thing. Sometimes folks will think that their images really are how film looks. But that’s not always true. In fact, a lot of the time it couldn’t be any further from the truth. Luckily for you, we’ve reviewed a ton of film emulsions and even used a bunch of the preset editors. We’re giving you a bit of a challenge. Can you tell me what’s a film scan and what’s a film preset? Our answers are all the way at the bottom of the post. How many can you get right?

Kodak Tri-X: Can You Guess?

Kodak Tri-x is a very tough one to guess correctly. First off, we’re not saying which emulsion. And the look is essentially just black and white film with more pronounced mid-tones. Lots of folks think they know the look of Tri-X. But they don’t. What do you think? Which photos are real film scans? Which photos are presets? Are some of these presets with a dust simulation on them?

T-Max is a bit more difficult. It’s not as well know as Tri-X and it has a totally different grain structure. Think you can figure it out? Here’s a hint, it’s the sharpest black and white film on the market. But are we using the sharpest lenses? Or are these a preset from a popular company?

Kodak Portra: Which One?

Everyone and their mother likes to think that they know the Kodak Portra look. But the truth is that it varies so much from scene to scene. I’m positive most folks wouldn’t be able to figure it out. Most of what you see out there are presets. I’d be truly amazed if most folks can scan and shoot Portra that well. I’m expecting this one to be much more challenging because there are so many different types of Kodak Portra emulations. Is it 800? Is it 160 VC?

More importantly, how are we getting such balanced lighting in these photos? They have to be digital, right?

Fujifilm Velvia: This Can’t be It!

Velvia can really be a tougher one to figure out too. Fujifilm has a film simulation for it. And that’s really how one could think that it looks all the time. But there are two different Velvia films. They all look so much different based on the format. Can you guess what we’re doing with these images?

Kodak Ektachrome: Is this Real?

Arguably my favorite slide film ever is Kodak Ektachrome. It was re-released a few years ago. Can you tell if these are the film or a preset?

I’m expecting this one to be the absolute toughest choice here. Are these scans or presets? Alternatively, are these images all done with the Fujifilm Acros simulation? What do you think? We’ve shot the last batch of Acros that came out before the discontinuation. And we’ve reviewed the new one. When we review Fujifilm cameras, we always love the Acros simulation. So what, are we pulling a fast one on you here?

The answer: All of these images were taken by Phoblographer staff over the years. They’re all film scans.