Cedric Roux Says New York Is a Part of Him Now 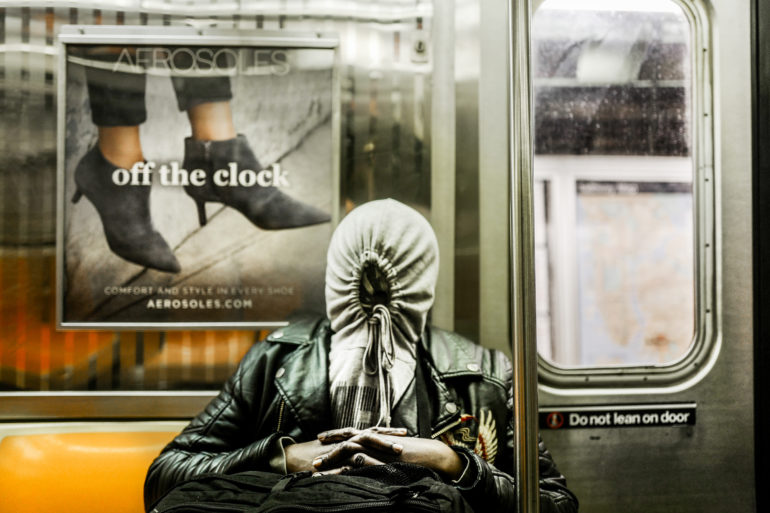 “Photographing NY remains my main goal in life as a photographer,” says Parisian photographer Cedric Roux about the undeniable charm New York City has on him. Ever since his first trip 10 years ago, he has returned quite often to photograph its streets and people. Who can blame him when it’s one of the most profoundly photogenic cities in the world for street photographers.

Working in the aviation industry since 2006, I have had ample opportunity to travel to the USA for many years. But it wasn’t until 2014 that I decided to take my first transatlantic flight. Landing a day before my birthday, I was detained at JFK airport for over three hours and missed the cab waiting for me. After the apologetic immigration staff finally sent me on my way, I was a bit apprehensive about what the city had to offer after a tepid reception at the airport. I couldn’t have had a more amazing week in NYC after that. The weather was fantastic, the streets a delight to photograph, and the strangers I encountered were extremely polite and kind. The photographs I took on that trip were among the best I’ve taken on my travels to date. For many months after that trip, I kept wanting to return. The city has this inexplicable attraction. It still makes me want to just pack a camera and fly over purely to take pictures of the varied street scenes, the fantastic architecture, and the colorful people who’d pose for me. I can totally understand why Cedric Roux feels the same. It’s not something that can be entirely expressed in words, which is possibly why Cedric has launched a book of photos.

“The 28mm allows me to photograph in the heart of the action, to introduce additional elements; it leaves me a margin of maneuver in my compositions.“

The Phoblographer: Hi Cedric. Please tell us about yourself and how you got into photography.

Cedric Roux: Hello, my name is Cedric, I live in Paris, and I am 40 years old. I started photography 10 years ago during my first visit to New York. I had been looking at books by great photographers for a few years already, but I didn’t dare to take the plunge. For this first trip to New York, I was offered a camera. I couldn’t back out anymore, so I took pictures.

The Phoblographer: As a non-American who has been enraptured by NYC since my first visit, I totally get your fascination. Tell us about your first trip there and if/how it changed your perspective of NYC and the USA.

Cedric Roux: Fascinated by American culture (movies, TV shows, sports…), I arrived with my eyes wide open to make memories. When I arrived, I didn’t know that this city would change my life, that from now on, I would spend my free time trying to capture the things of life, and that I would return so often to the USA.

All of a sudden, NY and the USA seemed accessible to me. I waited 30 years before going to the USA, and in 10 years, I have since crossed 20 states.

The Phoblographer: Did this trip introduce you to the concept of street photography? Or did its sights and sounds further immerse you in this genre with a renewed confidence?

Cedric Roux: This first trip introduced me to the practice of photography, but I had analyzed thousands of images before starting, and this is what allowed me, I think, to know right away what I wanted and especially what I didn’t want. The general atmosphere of the city of NY and its incessant hustle and bustle gave me the confidence to dare to photograph people.

The Phoblographer: Being a city of contrasting and diverse views, there are probably a handful of sights you photographed that remain at the top of your memories. Which are the top two for you?

Cedric Roux: I tend to focus mainly on the same neighborhood, repeating the same routes in Midtown. So I can say that Midtown is the neighborhood I photograph the most by far. I also like to shoot in Coney Island, in the Jewish neighborhood of Williamsburg, or near Wall Street, but these are more brief passages of 1 to 2 hours. The rest of the time, I focus on Midtown.

The Phoblographer: Why the Leica Q and/or Q2 for this series? What did you find it gave you that no other camera could?

Cedric Roux: I am not a photographer interested in equipment. I have only one camera. The Leica Q2, which replaced my Leica Q when it came out.

I think it’s all about finding the camera you feel comfortable with. I don’t want to carry around 2 cameras, lenses and all that; I prefer to stick to mine and compose with it.

The Phoblographer: You typically don’t spend much time post-processing your work. Is this because you don’t like editing, or do the camera’s colors and sharpness nail your final image in-camera most of the time?

Cedric Roux: I rarely spend more than a minute processing my image. I shoot in jpeg, and those are of a quality that suits me perfectly. I want to practice realistic photography, which corresponds to what I see. I spend all my days on the computer for work; it is not to continue when I practice my hobby.

If I think more than two minutes on the image, it is that it does not suit me, quite simply.

The Phoblographer: What was the moment you decided you wanted to put all these images into a book? Given the hundreds of books on NYC already, how did you plan to make your own book stand out?

Cedric Roux: In fact, this project became a book because I applied to a call for authors whose prize was the release of their first book for the author. The series on NY was, in my opinion, the most likely to obtain the prize because it concludes 10 years of photography on the subject.

Releasing yet another book on NY is indeed a gamble too, but I felt that the books on NY that exist are generally on a New York of another time, with a lot of black and white titles and mostly by American authors.

I wanted to show my vision, my New York, my Wonderland.

The Phoblographer: NY keeps calling you back, doesn’t it? I certainly feel it does that to me. What’s the biggest draw for you to keep going back?

Cedric Roux: Yes, NY keeps calling me, over and over. Because of Covid, I went 800 days without setting foot there, and I missed it terribly.

Now that the book is out, there is less urgency to go back, but from now on, this city and its inhabitants are part of me, and this is what brings me back.

The Phoblographer: If you had to describe it in under five words, what would you say makes NYC so photographically unique and captivating

All images by Cedric Roux. Used with permission. Visit his website and his Instagram page to see more of his work. If you’d like to order his book ‘My Wonderland’ you can do so here.