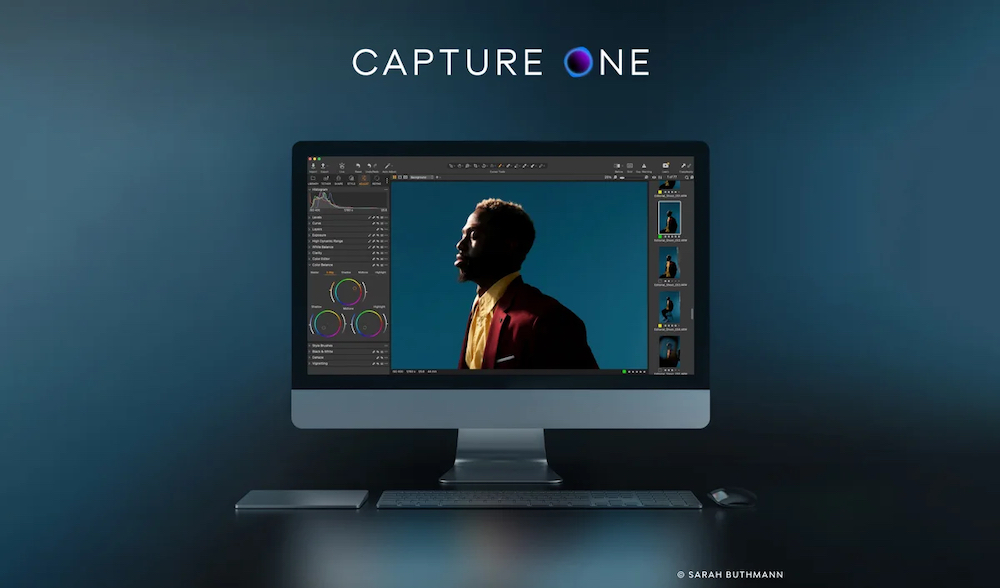 Capture One has announced the immediate availability of its Capture One 22 photo software (15.3.0) which is claimed to be, ‘a significant and dynamic update.’

The update includes wireless tethering for Sony cameras, save to card and computer when tethering with Canon cameras, a redesign of the Tool Panel, cloud transfer from iPad, Crop Ratio saved per image and Magic Eraser (to help easy, accurate masking).

News of the 15.3.0 comes just over two months after Capture One announced the Capture One 22 15.2.0 update, which had a redesigned keystone tool and ‘substantial speed improvements’ across many of the most frequently used functions.

Details of Capture One 22 15.3.0 also come just over a week after Capture One revealed Capture One for iPad app will launch in late June 2022.

​Capture One Pro 22 is available as a perpetual license or on subscription.

For a complete list of all Capture One products and licensing options visit the Capture One Store.

Wireless tethering using Capture One 22 15.3.0 with a Sony camera

See the full press release from Capture One (US English) below

COPENHAGEN, June 14th, 2022: Capture One has announced the immediate availability of Capture One 22 (15.3.0), a significant and dynamic update to Capture One that brings new levels of efficiency, flexibility, and mobility for a modern and collaborative workflow.

Extending upon its most-loved elements and features like industry-leading tethering and customizability, Capture One now introduces new favorites like wireless tethering for Sony cameras, Magic Eraser for easy and accurate masking, and Cloud Transfer; the company’s major first step into multi-platform and mobile support, as it prepares for its iPad app release later this month.

“In March, for the first time, we as a company shared our vision for Capture One as a multi-platform ecosystem for creatives, and laid out our roadmap for getting there; it was a product of listening to our users and being ambitious for them and the community. It began with Capture One Live, and now we are moving into Capture One for iPad, with this release being a critical step into the future we are building. It’s always rewarding to see the marks of progress, but I’d be remiss not to mention it’s also an exciting time.” – Rafael Orta, CEO, Capture One

Furthering its commitment to development driven by user-feedback, Capture One 22 15.3 brings a host of improvements to the user experience and its current stable of features. As of today there is Metal support on Intel Macs, a guided tour for new users to get familiar fast, new Styles functionality, and upgrades to Capture One Live to make it more than tool for real-time collaboration, but also a post-shoot platform.

In Capture One 22 (15.3), you can tether several Sony cameras over Wireless Network. Tethered functionality is identical to tethering over USB. With Wireless Tethering you need one less cable on set, making for a new and much more dynamic tethered shooting experience.

The following cameras are supported:

Save To Card & Computer When Tethering (Canon)

Control where to save your images from the Camera Settings Tool when tethering a Canon camera. You can choose to save to card, computer, or both. This provides a convenient backup method, as well as enabling the user to see and review the images on the camera display.

A new type of Eraser has been added, providing similar functionality as the Magic Brush. You can now easily remove parts of masks on similar areas such as sky, skin etc.

The Tool Panel has been redesigned to allow an easier and more predictable experience when browsing the interface. Additionally, the design will align with Capture One on iPad. The redesign consists of the following aspects:

Capture One automatically makes backups of workspaces if something changes when updating. Your previous workspace can be accessed from the customization menu. The previous default

workspace is also available from the Workspaces menu under the name “Default (Legacy)”.

Cloud Transfer allows you to import into Capture One Pro images that have been uploaded to the cloud from the iPad app. You will need to be connected to the internet to use this feature. The “Cloud transfer” button can be added to your main toolbar.

You can add Cloud Transfer in your tool bar, and from there you will get access to a menu, allowing you to import the photos from the cloud into your computer, in your sessions, or catalogs.

The import process will then start, and your photos (and their adjustments) will be available to you in Capture One Pro desktop.

You can set a watermark to an individual Live Session by choosing one of the Recipes, which can now be found in Capture One Live pop-up window. When you choose a Recipe, only the watermark settings are applied to the Live Session. The actual management of the Recipes takes place in the Exporter.

You can now use keyboard shortcuts to star rate and color tag images in the Live Session.

The duration of an individual Live Session can now be set to 1 month. You can choose to set different duration while starting a new Live Session.

The Crop Aspect Ratio is now saved per image instead of globally in the Crop Tool. Returning to a previously edited image will now show the correct crop ratio applied in the Crop Tool, making it more intuitive to crop.

The smoothness of rotation and manual keystone correction is improved on Mac.

When launching Capture One for the first time as a new user (or in beta), a guided tour will appear with seven steps, highlighting important aspects to easily get started with Capture One.

For hardware acceleration, OpenCL is replaced with Metal on Intel-based Mac computers. This will in the long run provide a more stable, performant application.

When using Auto Keystone, the Guides are now placed according to where Capture One detects lines used for the correction instead of placing them at generic positions.

When using a preview size that is smaller than the monitor resolution, performance will be impacted. Capture One will in that case always use the raw file instead of the preview when displaying the edits, which is slower.

To ensure optimal performance, the preview size will automatically be set to match the system when launching Capture One for the first time as a new user. For all users, additional information has been added to the Preview Preferences for better clarity of the optimal setting.

Capture One’s profiles are unlike any other and are the meticulous work of a dedicated team that carefully evaluates and interprets each camera’s RAW formats. This process allows

Capture One to present images with the utmost fidelity, often bringing out nuances that other programs can’t even perceive.

Currently offering RAW support for more than 500 cameras, Capture One also provides profiling and image correction support for more than 500 lenses. As with the RAW file interpretation, Capture One carefully measures the optical characteristics of each supported lens and builds correction algorithms that compensate for the various optical imperfections of various designs. As a result, Capture One can correct numerous common optical issues such as vignette, and chromatic aberration as needed for each of the supported lenses, providing users with the best possible version of an image. As always, the team remains dedicated to adding increased support for the newest camera bodies and lenses.

​Capture One Pro 22 is available as a perpetual license or subscription:

Subscription starting at $20 per month

For a complete list of all products and licensing options, visit: www.captureone.com/store ​

​For a 30-day fully featured free trial of Capture One Pro 22, visit www.captureone.com/download

Capture One for iPad app to launch in late June