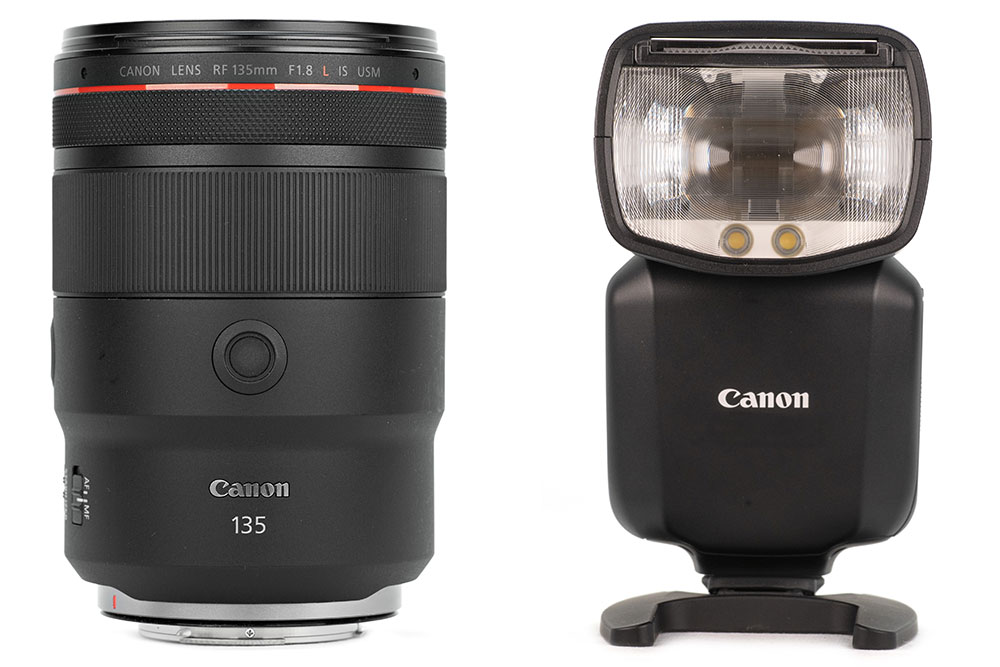 Alongside the EOS R6 Mark II, Canon has announced a premium large-aperture short telephoto portrait prime, the Canon RF 135mm F1.8L IS USM. Designed as a successor to the famed Canon EF 135mm f/2 L IS USM, the new optic is said to be even sharper, despite its larger maximum aperture. It also boasts optical image stabilisation that promises 5.5 stops of shake reduction, increasing to 8 stops when used on a camera with in-body stabilisation.

As usual for L-series optics, the Canon RF 135mm F1.8L IS USM boasts weather-sealed construction, including a dust- and moisture-resistant seal around the lens mount. A control ring at the front of the barrel can be used for changing the aperture or other settings, as assigned from the camera body. The lens also boasts a pair of Lens Function buttons, along with AF/MF and IS mode switches. A Nano USM motor promises fast, decisive focusing.

As often seems to be the case these days, the lens comes with a hefty increase in size and price over its EF mount predecessor. It measures 130.3mm in length by 89.2mm in diameter and weighs 935g, while accepting 82mm filters. The Canon RF 135mm F1.8 L IS USM is set to hit the shops in December with a price of £2549.99.

Canon has also expanded its range of on-camera flash units with the new Speedlite EL-5. This takes many of the features previously seen on the firm’s high-end Speedlite EL-1, but places them into a smaller, less expensive package. Notably, it’s the first unit to exploit the firm’s new multi-function shoe. As a result, it can only be used directly on recent camera bodies, namely the Canon EOS R3, Canon EOS R6 Mark II, Canon EOS R7 and Canon EOS R10. With other models, it has to be used off-camera as part of a wireless setup, for which it features a built-in radio controller.

Notable features include a maximum guide number of 60m at ISO 100 and a head that can zoom to cover lenses from 24-200mm. It’s powered by the LP-EL Li-ion battery, promising rapid recycle times of 0.1-1.2 seconds and up to 350 full-power flashes per charge. Onboard white LEDs can be used for AF assist or as a modelling light.

Canon says the Speedlite EL-5  has a new, intuitive interface, including three user-configurable memories that can be linked to camera custom modes. The Canon Speedlite EL-5 is due to go on sale in January next year for £499.99.