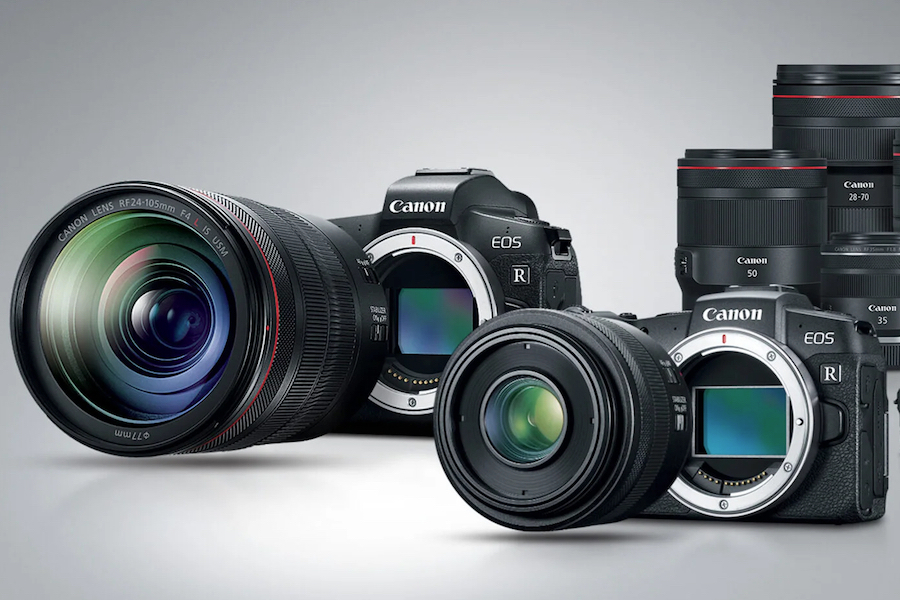 Canon Inc. in Japan has published details of its 2022 Corporate Strategy Conference, which notably reveals it plans to launch 32 new RF lenses by the end of the year 2025.

On the page titled ‘Growth Strategy (Cameras & Network Cameras)’ Canon stated it planned to ‘establish global No.1 share, even in mirrorless cameras.’ Recent year end 2021 reports suggest that Sony leads the mirrorless market, depending on which sales figures you apply.

The company said the measures it would deploy to become No.1 in the mirrorless camera market would be by, ‘further enhance[ment of the] line-up of EOS R system cameras and lenses.’

Shift from DSLR to mirrorless

The news of the optical expansion will be welcomed by users of the Canon R-series of mirrorless cameras, such as the EOS R5 and the EOS R6.

But is a further indication of the company’s shift of focus away from the EOS DSLR system to the mirrorless sector.

Mr. Mitarai had previously alluded to the shift away from DSLRs when he confirmed the EOS-1D X Mark III would be the last flagship DSLR from the company.

The Canon EOS R6 is a 20MOP full-frame mirrorless camera

Specifically, Canon has said it plans to expand on ‘Cultivated Optical Technology’, by which it means further development of product lines such as DSLRs, Cinema EOS cameras and network cameras.

As a result, it hopes to target one trillion yen (approximately £6.57billion) of annual sales in its imaging group.

One of the other parts of Canon’s ‘New Imaging’ growth strategy is to further develop its ‘New concept cameras’.

Previous such cameras have included the 13MP Canon IVY REC Outdoor clip camera and its monocle-style PowerShot Zoom video camera (see the video below), which was released in Japan in 2020.

A good start towards targets

In summary, Canon says that it’s off to a ‘good start towards achieving 2025 targets’ and that it plans to, ‘return to [being a] highly profitable company by steadily implementing growth strategy.’