So you’re thinking about making the move to a full-frame mirrorless camera, and want to compare models from Canon. Or perhaps you already own the affordable EOS RP, and want to step up to a more advanced option. In either case, the video below will help you make the right choice.

In the interesting shootout below, Canadian portrait pro Irene Rudnyk compares Canon’s EOS R, EOS RP, EOS R5, and EOS R6 to see how they perform. This isn’t an in-depth technical analysis of specs and the like, but rather a real world comparison of key features and performance as Rudnyk shoots outdoor portraits of a pretty model.

Don’t expect Rudnyk to crown an overall winner, because the camera that’s best for you depends upon the types of images you shoot. So one model may be preferable for sport/action shooting, while travel photographers may make another choice. The same holds true for those who mostly shoot landscape or portraits.

These four full-frame cameras range in price from just under $1,000 for the economical EOS RP, to about $3,900 for the flagship EOS R5. Rudnyk begins with a discussion of build quality, control layout and ease of handling. She points out that one of the three cameras lacks the protective sensor curtain found in the three others—an important feature for photographers who frequently change lenses in dusty outdoor conditions. 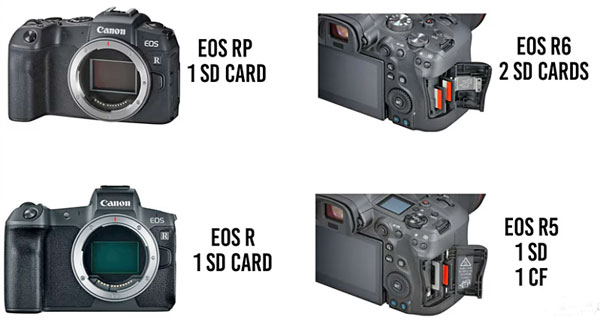 Rudnyk also explains the card slots available in each of the cameras. In terms of comfort and control layout, she’s not particularly fond of one model, feels OK about two others and prefers the fourth by a wide margin. 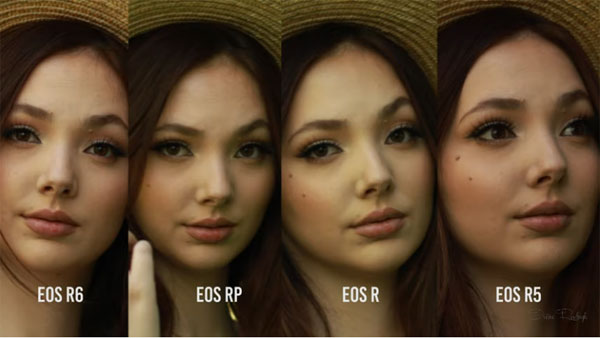 What matters most is image quality, and the difference Rudnyk discerns among the four Canon models is the real meat of the shootout. So follow along with this behind-the scene test and see if you agree with Rudnyk’s assessment. She provides links in the description beneath the video, where you can read more about the four cameras on Canon’s website.

After you’re done, head over to Rudnyk’s YouTube channel for more shooting and editing tips. You may also want to check out our comprehensive reviews of the Canon EOS RP and EOS R5.