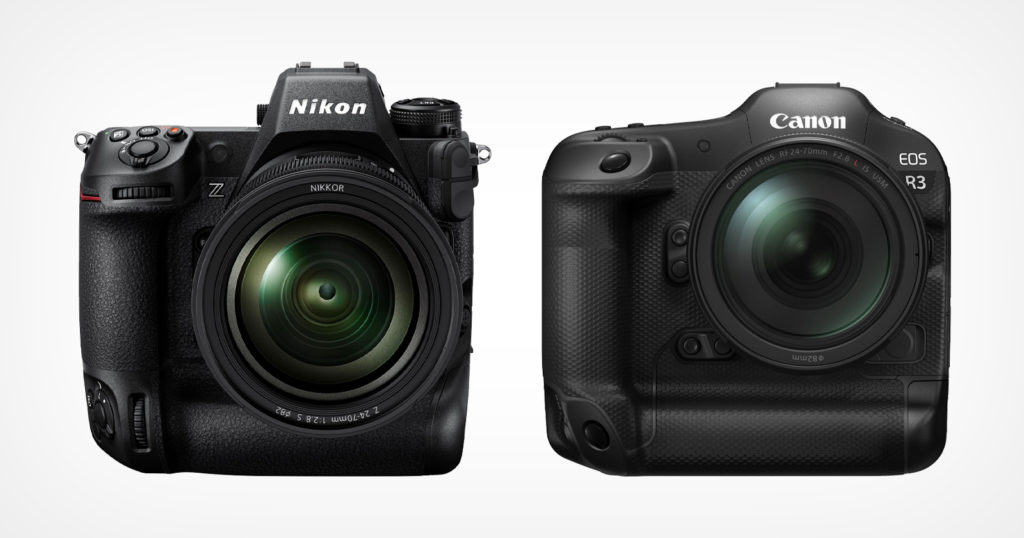 After two development announcements from Canon for the R3 and one from Nikon for the Z9 early in 2021, many expected to see both cameras make a splash at the Olympics in Japan this summer. If two recent reports are correct, however, neither camera will be officially announced until this fall.

Nikon has been extremely quiet since it revealed the Z9 in a development announcement in March. Outside of mentioning that the company was working on it and that its engineers understand the large amount of pressure the company is facing to make a great camera, Nikon has not provided much in the way of detail about the Z9.

In a new report from Nikon Rumors, it will still be a while before fans can get their hands on it as it is not expected to be officially announced until November or December. Unlike Canon, Nikon has not shared any specifics on what to expect from the camera other than it will use a newly-developed stacked CMOS sensor and a new image-processing engine that can record 8K video.

In an interview in June, Nikon’s General Manager of Planning and Marketing Fumiyuki Wakao noted that the company is looking at a true hybrid approach to the Z9.

“The barrier between video and still images has become ambiguous, and there are high-end models as before, and the method of developing middle, entry, and lineup from there is no longer valid,” he said. “There is a need for development that can meet the diversifying needs of customers by digging deeper into their needs.”

Nikon Rumors is reporting that while there are many rumors surrounding the camera’s capability, it is expecting a 50- or 60-megapixel sensor that can shoot 20 frames per second and capture 16-bit RAW. The first set of rumors originally expected the Z9’s resolution to be 46-megapixels. The camera is also expected to be priced between $6,000 and $7,000.

In stark contrast, Canon has published two development announcements for the EOS R3 since Nikon’s only announcement and as a result, has provided a great deal more information. It is perhaps because so much has been revealed that many falsely believed it would be officially announced this summer ahead of the Olympics.

A report originally alleged that the camera would be announced on June 29, but multiple PetaPixel sources confirmed that not only was that not going to be the case, but the camera was actually still several months from release. A new report from Canon Rumors echoes that sentiment as the camera is now rumored to see a September announcement.

The EOS R3 has not seen an official announcement of its resolution, but the purveying theory is that it will be around 30-megapixels. Whatever the case, it will be a new backside-illuminated sensor developed by Canon, will feature eye-control AF, and shoot oversampled 4K in both Canon Log and RAW. Additional specifications that have been confirmed by Canon can be found in its original development announcement as well as the follow-up.