Canon Criticized for All-Male Ambassador Lineup in the Philippines 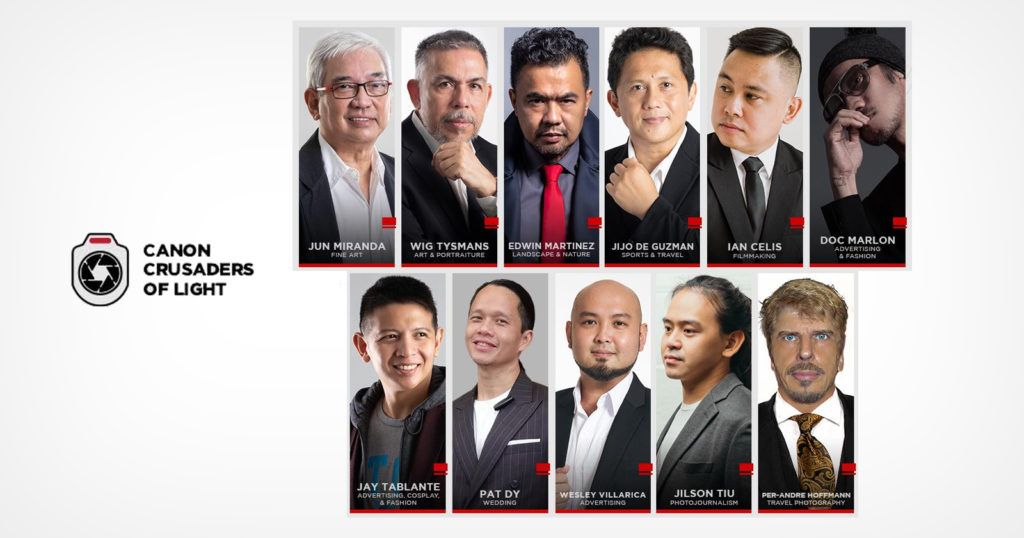 Canon Philippines recently unveiled its full list of brand ambassadors in the Philippines, but the company was met with under heavy criticism for only selecting men. Anger spread quickly on social media, with followers from the country calling for more diversity.

The Facebook and Instagram comments for the Canon Philippines announcements are full of hundreds of upset or angry comments that point to the male-dominated list as a reminder of social norms that should be challenged.

“Women and non-binary photographers are not given enough opportunities and have no place in the industry,” he says. “Canon as a brand has a huge influence and impact, but I think they did not use their influence the right way. It affects the industry, especially the photographers who are just starting out.”

“There has always been a stigma that hiring women is a disadvantage because of stereotypes built by the old school macho society Filipinos have been accustomed to,” she said. “Giving women representation to work in these conditions can create a ripple effect elsewhere, making our presence a norm in places where we feel unsafe, that we can walk into it with a sense of security and be able to show our unique perspective and just worry about making great work.”

Pia Wurtzbach, 2015’s Miss Universe, commented on Canon’s announcement on Instagram to call out what she saw as a lack of inclusivity in Canon’s lineup. The comment is written in a mixture of English and Tagalog, and translated sections are marked in brackets.

“No hate to the chosen ambassadors but [why is there no] room for inclusivity? How were the ambassadors chosen? Based on what? Not hating on the ambassadors but the marketing team should fix this asap,” she wrote. “[Because it also doesn’t look good for their ambassadors]. I’m sure (and hope) not all of them agree with this kind of narrative.”

The backlash to the list of ambassadors reached such a fever pitch that Canon Philippines issued a statement yesterday, but it has stopped short of an apology.

We abide by our Canon Group Philosophy of “Kyosei”, which is living and working together for the common good.

Canon Marketing Philippines Inc., supports camera enthusiasts and content creators regardless of gender, culture, customs, language, or race. Our Brand Ambassadorship is continuously growing and always welcomes more members who are interested and committed. Members are evaluated through their professional expertise and consistent brand support.

We appreciate learning from your voices in the community. We are listening. Our activities have just kick started and based on your valuable feedback, we will enhance your experience with us.

Please continue sharing your opinions with us, so we can improve and grow better, with you.

Many who read the statement were not satisfied, however. Ezra Acaya, a Filipino photographer for Getty and Chairperson at Photojournalists’ Center of the Philippines, wrote a response to the statement on Facebook expressing his displeasure.

“You had three days to say just two words: “We apologize.” This is so disappointing. My apologies to my sponsors at Canon UK, Canon Europe, and the Ian Parry Scholarship but I guess it’s time for me to get rid of this camera brand in my bag…”

When reached for comment, Canon USA — which operates under a different leadership wing — responded that it recognizes the importance of diversity and appreciates that the issues here have been raised.

“At Canon U.S.A., Inc., we have made improvements to our programs, such as Explorers of Light, over the past year recognizing that diversity and inclusivity is an integral part of the photography community,” a company spokesperson told PetaPixel. “While we have made strides, we understand more improvements need to be made globally through our affiliate companies. We appreciate you raising this concern and we will continue to support the immensely creative and diverse talent here in the U.S. and globally.”