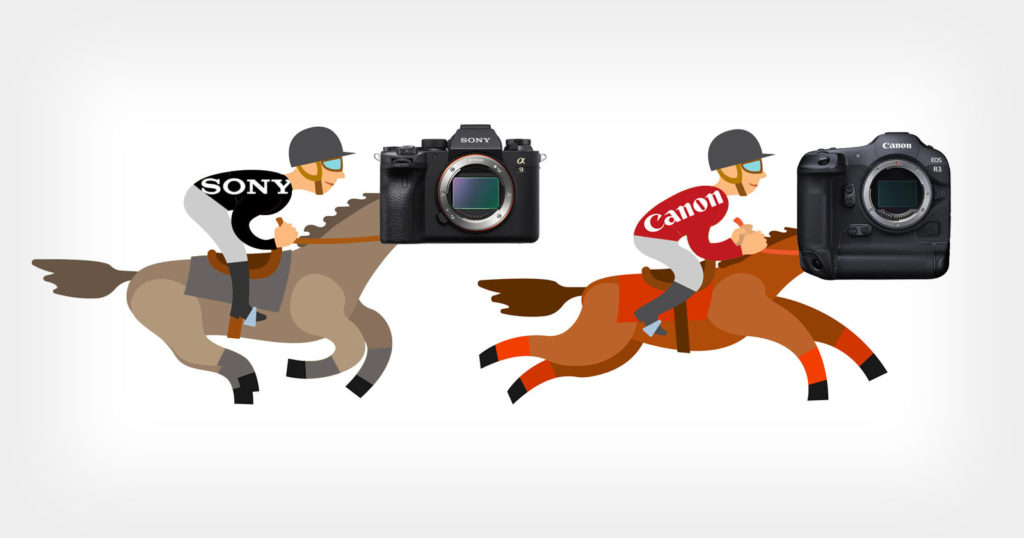 Canon has spent the last five months hyping up its new sports camera and if there is anything to take away from it now that the R3 has been fully announced, it is that Canon has done a remarkable job closing the technology gap with Sony.

For years now, Sony has been the undisputed champion of camera technology. While there have been complaints on other aspects of the company’s products — the menu is still not the best, despite a recent rework — no other company has really come close when it comes to the impressive technology packed into a camera.

That really all came to a head in 2017 when Sony launched the Alpha 9. I tested that camera when it first came out, and what it was capable of really did blow my mind. Things have only improved with the Alpha 1, which I lauded as the most professional camera ever made in the mirrorless age.

For the better part of the last decade, Sony has felt untouchable, but today there are many features in the new EOS R3 that Canon developed in-house that shock me with how on-par they are with what Sony has produced. If it’s not clear, I’m saying Sony is still the champion when it comes to the best possible technology in a camera. But what I also want to say is that I, and many others in the industry, are genuinely shocked at how quickly Canon is closing that gap.

There are a few very specific things about the EOS R3 that stand out to me when it comes to technology: autofocus, sensor performance, the electronic viewfinder, and the hot shoe. In all of these areas, Canon either matches or comes close to what Sony has spent years leading up to — on paper, at least — and Canon appears to have done it in half the time.

Sony has great autofocus, but Canon has always been right there with its Dual Pixel technology. The R3 might actually be on par or better than the Alpha 1 when it comes to in-the-field performance, but since PetaPixel has not had a chance to test the camera yet, let’s focus on what’s on paper for the sake of this conversation.

The EOS R3 also is able to perform 60 autofocus calculations a second, which matches the Alpha 9 II. The Alpha 1 does still win here as it performs 120 calculations per second.

Sony has been pushing the envelope with its sensors for quite some time and currently has the best combination of resolution and speed available in the Alpha 1. But Canon isn’t far behind. The R3 features a backside-illuminated stacked design that can shoot at 30 frames per second with no blackout. That’s faster than the Alpha 9 II at the same resolution and matches the speed of the Alpha 1, though Sony takes the win on resolution.

I think it was largely overlooked, but I cannot emphasize how impressed I am with Canon’s electronic viewfinder (EVF). Not only does it integrate eye-control autofocus which is a whole other level of technology integration that Sony doesn’t have a direct comparison to, it is also a 5.76-million-dot, 120 frames-per-second OLED that was designed and developed by Canon. It has better resolution than the Alpha 9 II’s 3.68 million dot OLED, although it is not quite up to the 9.4 million dot OLED Sony has in its Alpha 1.

Still, it was made in-house, which is worth pointing out considering how few other companies choose to go that route.

Sony has been talking about the capabilities of its hot shoe for a few years now, and Canon has basically wholly caught up. Both companies offer a better and more functional connection for accessories and both also have made shotgun microphones that take advantage of that.

The Gap Between Canon and Sony is Small

What I want to put in perspective here though is how quickly Canon blew past the Alpha 9 II — which is probably the R3’s actual competitor since both cameras are aimed at photojournalists — and how close many of its technologies are to Sony’s flagship. Sony made its first full-frame mirrorless camera in the Alpha 7 and 7R in 2013 and launched the Alpha 9 in 2017. The Alpha 1 was released just this past year in January.

Canon launched the EOS R in 2018, which was basically a rehoused 5D Mark IV. It didn’t produce its first real from-scratch mirrorless until 2020 with the EOS R5 and R6. And just one year later, it produced the R3.

It took Sony four years to make a really great photojournalist camera after starting its camera line and eight years to reach what is the pinnacle of technology today. It took Canon two years to go from its first mirrorless camera to the R5, and just three years to get to the R3.

What makes this impressive is that Canon developed its own sensor, viewfinder, processor, and associated hardware and software technologies in that time and did not rely on any other company to do it. Sony makes the sensors and much of the technology found in all the other full-frame mirrorless competitors except for Canon, and it happens to be Canon that is the closest to matching the best that Sony can make, especially considering that Canon not only has done this but has done so in just three years.

Sony is still at the front of the pack, but Canon is nipping at its heels.