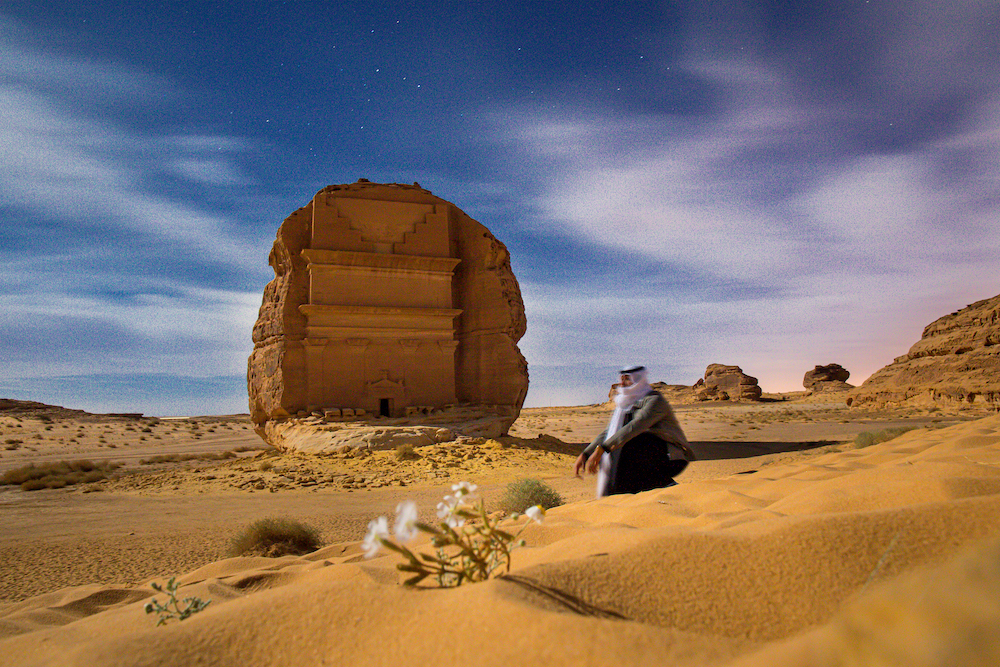 Ahead of World Storytelling Day on 20 March 2022, Canon Ambassadors – top photographers and filmmakers – have shared their predictions for the future of visual storytelling over the next decade in a new video released by Canon Europe.

Acclaimed portrait photographer Guia Besana states that storytelling ‘will change a lot through new generations’, so what does the future hold for visual storytelling in a more technological and politically charged world?

Viewer-led storytelling in an interactive world

The predictions include that AI and AR technology will be central to the emergence of ‘viewer-led storytelling’, with audiences demanding greater control over content viewpoints.

Within the next decade, we could be at a point where viewers will be able to take control of how they view an image, from adjusting lighting or changing camera angles, for an entirely interactive and personalised experience.

Commenting on this trend, celebrated filmmaker Simeon Quarrie, who uses the power of moving and still imagery to create immersive storytelling experiences, said, ‘Social media algorithms decide which stories you see based on your viewing history, but the algorithm of the future will dictate the structure of the story that you watch.’

Muhammed Muheisen agreed and said, ‘The tools are changing, technology is taking over. Social media is all over the place. It’s like a train that moves so fast, and you’d better be side-by-side with it, or you will spend ten years trying to catch up.’

Technology as a tool

Technology is no longer a passive tool used to virtually follow the lives of others. Increasingly, storytellers are looking to create an interactive experience.

Simeon Quarrie stated, ‘Imagine watching a movie or a TV series. The shot and the composition remain structured, however the visuals inside the story change.’

This trend is already informing how viewers engage with content, with the recent announcement by a major streaming platform to release at least one interactive title every three months.

The democratisation of storytelling

Portrait photographer Guia Besana, whose work focuses on women’s issues and identity, believes that over the next 10 years, ‘storytelling will embrace a broader knowledge. It will bring new stories with new points of views.’

Working in both photography and video, Denmark-based Laura Bisgaard Krogh has produced a series of long-term solo and collaborative projects.

The proliferation of social media means that regional stories have increased relevance and significance on a global scale, as Laura Bishggaard Krogh pointed out, ‘[We should] tell stories that are really important. For us to do so, everyone has to be involved.’

As we look to the future, we anticipate a growth in the appetite for visual stories that cross geographical borders.

This is highlighted by the fact that 50% of streaming content for European markets is expected to be non-English language programming by 2030, according to leading analytics firm Digital-i, as reported on the DEADLINE website.

This emphasises the demand for stories outside of viewers’ culture and customs.

Digital fatigue & the power of print

Whilst we live in an increasingly digitised world, Canon’s Ambassadors predict that the power of print will have a role to play in support of the visual storytelling experience due to the emotional connection it brings.

Tasneem Alsultan is a photojournalist who focuses on documenting gender and social issues in Saudi Arabia and the Middle East (see lead image of this story).

She believes that explorations of humanity allow storytellers to cut through the digital noise, or as Alsultan puts it, we make space for things that ‘trigger feelings.’

Alsultan said she doesn’t ‘see print dying anytime soon’, due to the intrinsic beauty and nostalgia it inspires.

Instead, digital and print will continue to co-exist in harmony to create an emotive experience across physical and virtual spaces, that can make us all storytellers.

About the Canon Ambassadors Programme

The Canon Ambassador Programme brings together some of the world’s best photographers and videographers from across the EMEA regions to share stories that resonate around the world.