Can You Spot the Leopard Cub in This Photo? 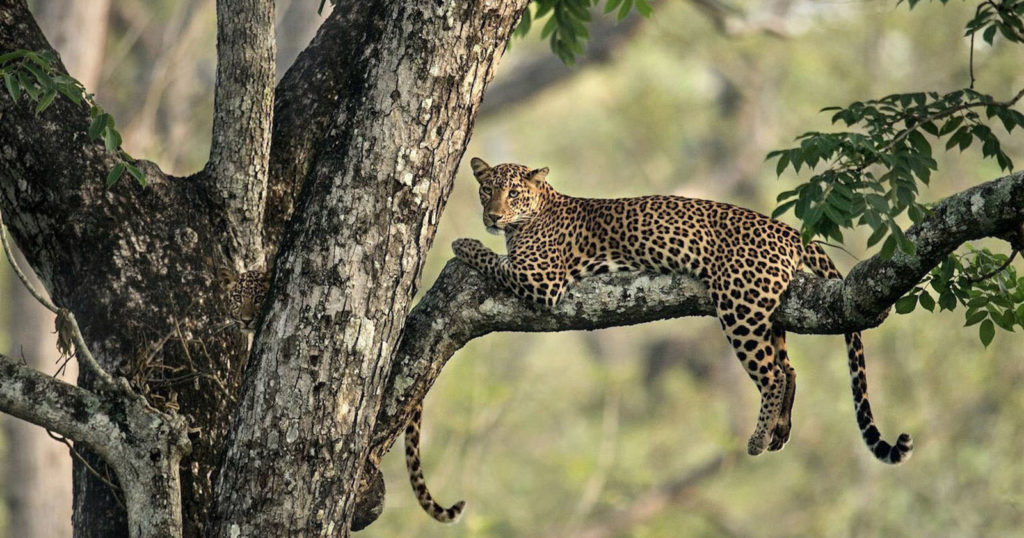 This photograph by wildlife photographer Mohan Thomas contains two leopards. The mother leopard is easy to see, but can you find her cub looking into the camera?

Thomas, who’s based in Bangalore, India, captured the photograph in the Kabini Forest Reserve, which is known for animals that include leopards, monkeys, deer, crocodiles, and more.

Although Thomas knew the cub was there — he could see it moving, after all — he was impressed with how well camouflaged it turned out to be in his resulting photograph. This week, he posted the photo on social media, where it was widely shared.

Many netizens were unable to find the cub, even with clues from Thomas and others.

Please see in between the Y shape of the trunk

If you’re having trouble finding the cub, just follow its tail, which can be seen to the right of the trunk and to the left of its mother’s tail. The cub’s face is peeking out from the left of the trunk — click here to see exactly where it is.

“Spots, stripes, and other markings help to break up the outline of objects,” UCSB ScienceLine explains. “That’s why hunters and soldiers wear camouflage and why the military uses camouflage patterns on vehicles. Most of the time, leopards are in areas where there are many patches of light and shadow. If they were one solid color, they’d really stand out. By breaking up their pattern, they are less obvious.

Thomas works in the construction industry by day and is a passionate wildlife and nature photographer in his free time. You can find more of his work on his website and Twitter.

Image credits: Photographs by and used with permission