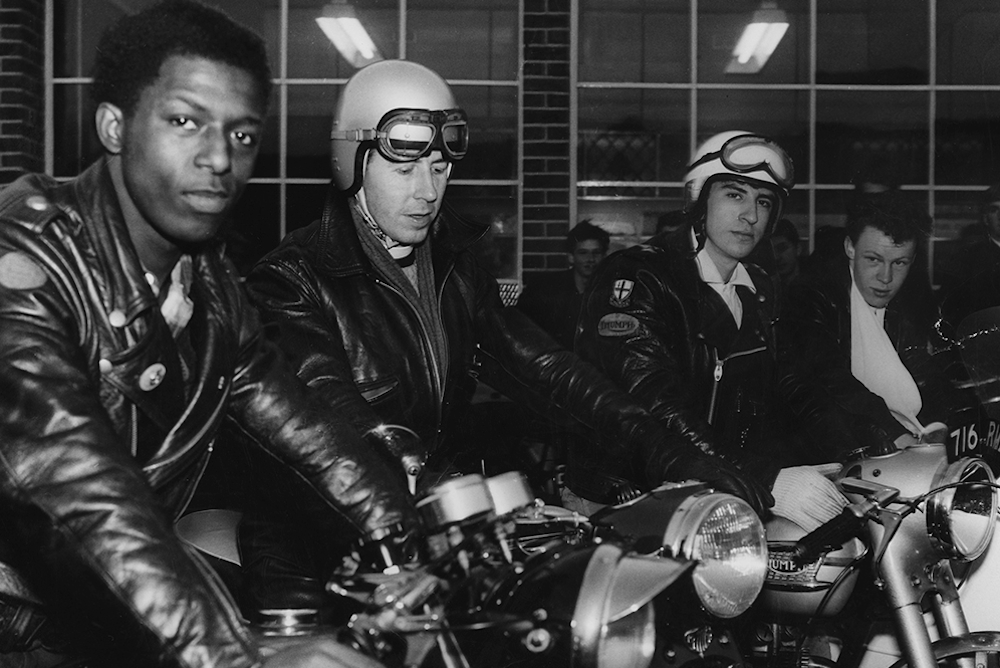 The exhibition Grown Up in Britain: 100 Years of Teenage Kicks, which features iconic images of British youth culture, opens at the Herbert Art Gallery & Museum, in Coventry, on 1 July 2022.

The exhibition has been curated by the London-based Museum of Youth Culture and is a celebration of teenage life from the roaring 1920s right up to the youth of today.

Through works by 40 artists, and 50-60 submissions from the public, the exhibition chronicles the daily lived experiences of growing up in Britain – from school life to nightlife, and how it has transformed over the last century.

Iconic photographs of youth culture line the walls of the exhibition and help to set the scene.

Some of them have been shot by well-known artists such as the late film director and photographer Ken Russell, Normski, Anita Corbin, Gavin Watson and Lucy McCarthy.

These are intermingled with nostalgic images submitted from family albums across the country.

Ahead of the exhibition opening, several ‘show & tell’ events took place locally to ensure the memories, objects and photographs of Coventrians were captured and reflected in the final exhibition.

The exhibition has been curated by Jamie Brett and Jon Swinstead, who co-founded the Museum of Youth Culture in 2015.

Brett and Swinstead felt it was important to have diversity in the collection and to feature people from Black British and south Asian communities in a way that was authentic rather than voyeuristic.

Inside the exhibition, visitors will be transported back to their teenage years through sections portraying home life and teenage bedrooms, first jobs and nights out, hang-out spots and ‘must-have’ items.

Objects on display include a Royal Enfield Constellation motorcycle as pictured on the cover of the Daily Mirror Shock Issue in 1961, a 1920s flapper dress, a Chopper bicycle, ZX Spectrum console, band T-shirts, fanzines and much more.

Punk and skinhead girls at a gig, Hastings, 1981. © Clare Muller/Museum of Youth Culture

In an interview with The Guardian newspaper Brett explained, ‘We’ve got [images by Ken Russell of] teddy girls in the bombsites of Britain after the war, dressed in Roman sandals and men’s jackets. That for me is really powerful. We’ve got some beautiful photographs of people working in factories in Coventry. We’re also [showing] the first roles of women in public positions during the second world war. We’ve got outfits of land army women that are on display.’

The exhibition culminates with a scanning booth where people can submit their own photographs and ephemera to be included in the exhibition.

Ruark Jon-Stevens, marketing and communications manager at the Herbert Art Gallery & Museum, said, ‘Coventry is one of the youngest cities in the UK and we are excited to see how visitors react to this celebratory show documenting teenage life. Every person’s experience will have been so different, but we hope the exhibition connects with each visitor and transports them to a happy moment in their teenage years – even if they are still living through them now. We encourage as many people as possible to continue to submit their photographs and memories to the Museum of Youth Culture so they can be preserved and enjoyed in the future.’

Lisa der Weduwe, archive projects manager at the Museum of Youth Culture, explained, ‘During lockdown we invited the public to delve through shoeboxes, lofts and picture albums to radically diversify our collections and bring everyone’s story of growing up into the fray. By innovating a digital submissions portal we received an incredible 6,000 photographs, objects and stories forming the Grown Up in Britain collection, and this exhibition is both a celebration and a thank you to all who have sent in their stories. The opportunity to work with a leading organisation such as the Herbert Art Gallery & Museum reinforces the importance of documenting our social history through its youth culture.’

Grown Up in Britain is the Museum of Youth Culture’s first major exhibition outside London, giving people in the West Midlands a taste of what to expect when it opens its new permanent home in Digbeth, Birmingham, in 2025.

The exhibition was made possible with support from The National Lottery Heritage Fund as part of the Museum of Youth Culture’s lead project Amplified Voices: Turning up the Volume on Regional Youth Culture.

Greatest album photography: Quadrophenia The Who