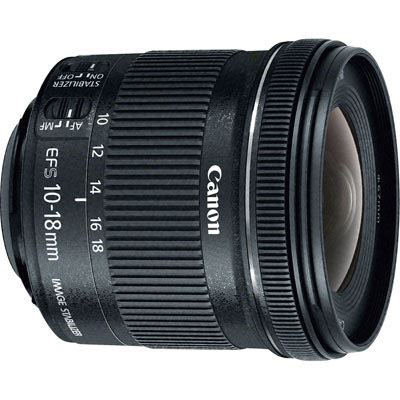 At this time of year, if you pop outside with your camera after about 3pm, you soon realise that low-light photography doesn’t just mean shooting in the dead of night or inside a gloomy music venue (remember those?), as you’ll find yourself pushing up your camera’s sensitivity (ISO) value and dropping the shutter speed to be able to take the photographs you want, however our guide to the best low light lenses should help!

Using a standard lens means that before long, you’re at the limit of acceptable sharpness with blurred images and ugly noise spoiling your shots. However, with the right lens, you can extend your low-light shooting range. Swapping your kit lens that has a maximum aperture of f/5.6 at 55mm for a 50mm lens with an aperture of f/1.8, for example, means that 3.3 EV (3.3 stops) more light can reach your camera’s sensor.

That’s the difference between 1/5sec and 1/50sec, or between ISO 25,600 and ISO 2,500, which means it can have a significantly positive impact on the quality of your shots. If you want to shoot moving subjects a large-aperture lens is the best option, but if your subject is motionless, you may want to go for a stabilised lens instead. Let’s take a closer look at some of the key considerations when selecting a lens for low light shooting.

Prime lenses are lenses with a fixed focal length and most have a larger aperture than a zoom lens covering the same focal length. They’re also often small and lightweight, which makes them discreet to use and attractive to carry just in case you find yourself out taking pictures when light levels are falling. Prime lenses are available in all sorts of focal lengths but 35mm and 50mm lenses tend to be more attractive for low-light photography.

On a full-frame camera, a 50mm lens produces an angle of view that’s close to what we see with our eyes. However, on an APS-C format camera it produces an equivalent focal length of around 75mm, which is great for portraiture, and if the maximum aperture is f/1.8 you can really throw out the background to get some lovely bokeh and background blur. Further good news is that there’s an affordable 50mm f/1.8 lens available for most cameras.

At around £99, Canon’s EF 50mm f/1.8 STM (above) is a very enticing choice for Canon DSLR users, while Nikon DSLR users might like to opt for the AF 50mm f/1.8 D for £135. They don’t produce the height of sharpness, but they’re not bad and they enable you to get better shots than the average kit lens in gloomy conditions.

There are also quite a few affordable 35mm prime lenses, such as the APS-C Nikon AF-S DX 35mm f/1.8 G (above), which retails for around £159. A focal length of 35mm on APS-C format cameras is effectively a 50mm lens, which makes it ‘normal’ rather than wideangle, so it’s ideal for capturing a natural view of the world. Please note: Nikon DX lenses are designed for APS-C cameras.

Pound for pound (£), prime lenses usually produce better image quality than zoom lenses because they are optimised to shoot at one focal length, but they can seem a bit limiting. Of course, you can use your feet to zoom with a prime lens, but that’s not always possible and sometimes you find the perfect shooting angle but just need to zoom in or out a little to get the best composition.

Zoom lenses make life a bit easier, and actually, unless you’re pixel-peeping, you may not notice the difference in image quality from a prime lens. Fortunately for low-light photographers, there are some ‘fast’ zooms around with wide maximum apertures. They might not be quite as fast as an equivalent prime lens, but they’re called ‘fast’ because they allow you to use faster shutter speeds than a standard lens. Of course, having a wide maximum aperture also bumps the price up.

Most pro photographers and many enthusiasts with a full-frame camera have a 24-70mm f/2.8 lens in their bag, which is often their everyday workhorse, but APS-C format and Micro Four Thirds photographers have a few fast zoom lenses to choose from, too.

The Sigma 18-35mm f/1.8 DC HSM Art (£649), above, for example, is available in Canon EF, Nikon F, Sony A and Pentax K as well as Sigma SA mount and it’s specifically designed for APS-C format cameras, giving a focal length range equivalent to around 27-52.5mm. It also produces fantastic-quality images. Make sure you check which mount you need when buying!

Meanwhile, Micro Four Thirds photographers in search of a high-quality fast zoom should take a look at the superb Panasonic Leica DG Vario-Summilux 10-25mm F1.7 ASPH (£1,599), above. It’s effectively a 20-50mm lens with a luxurious feel and image quality to match.

If you want the very best image quality, then prime lenses are the way to go, but top-notch fast lenses do not come cheap. Also, if you want to cover the most useful focal lengths of a zoom lens, you need to buy several primes. With a 24-70mm, for example, that could mean getting 24mm, 35mm, 50mm and 70mm lenses. Individually, they may cost less than the zoom, but add them together and you have a hefty bill.

You may also find yourself swapping frequently between optics, which means a slight delay between shots and increased opportunity for dust to get on your camera’s sensor. That’s why wedding photographers who use prime lenses often have two cameras, each with a different lens mounted. There’s no shortage of high-quality fast prime lenses available from both camera and third-party lens manufacturers, so whatever camera you have there’s a great prime lens for it.

Canon and Nikon’s relatively new full-frame mirrorless lens mounts are both wider than their DSLR cameras’ and this enables them to make faster lenses than was previously possible.

The Sony FE 50mm F1.2 G Master, being part of Sony’s G Master range is designed for excellent sharpness and detail, as well as beautiful background blur and bokeh. It’s well worth some serious consideration, and scored 5-stars in our review.

The Canon RF 50mm f1.2L USM is an expensive lens at £2389 at current prices. But if you’re looking for the brightest lens for your Canon RF camera, then this is certainly a great option. There’s also the even more expensive RF 85mm f1.2 L USM. If there are beyond your budget, then Canon also offer the much more affordable RF 50mm f1.8 STM, which is impressively compact as well.

Fujifilm, has a cracking range of fast primes that includes two 56mm f/1.2 lenses and the amazing Fujinon XF 50mm F1.0 R WR (£1,499), shown above, which offers an impressive f1.0 aperture, as well as auto-focus, and weather-sealing.

The Nikon Z 50mm f1.2 S is Nikon’s premium 50mm lens for Nikon Z series cameras, giving excellent image quality, as well as beautiful bokeh. Other features includ an OLED display, plus a customisable function button. If this lens is a bit too much, then Nikon also offer a much more affordable 50mm f1.8 lens.

This lens, the Leica DG Nocticron 42.5mm F1.2, for Micro Four Thirds cameras, has the winning combination of a bright aperture, and optical image stabilisation. You’ll also find a well-built metal lens body, and with the Micro Four Thirds system, this lens gives an 85mm equivalent.

Canon’s 50mm f1.2 L USM lens is a relatively compact 50mm lens, compared to many of today’s lenses, with a bright 1.2 aperture. The lens is around £1500. Canon also offer an 85mm f1.2 L USM version, which would make a great lens for portraits in low light conditions.

Nikon’s AF-S 50mm f1.4G lens was a new lens, redeveloped and updated for DSLRs, and gives auto-focus, and focus window, and is nice and compact. It’s also great value for money, being available for under £400. Also available is the 58mm f1.4 G lens which gives a slightly longer reach.

Pentax has a new 50mm f1.4 lens, the HD Pentax-D FA* 50mm F1.4 SDM AW, which has been developed to make the most of Pentax’s full-frame cameras. Of course, it can also be used on APS-C cameras. There’s also the 55mm f1.4 if you’re looking for something different, which is more compact in comparison.

Most of us have a spending limit when we’re buying our photo gear, but there are a few lenses with the very highest optical construction that might test our resolve. Of course, you could rent a very expensive lens for the occasional shoot, but if you’re likely to want to use it on a frequent basis or it enables you to do something different from the norm, you might be inclined to make a purchase, especially if you’re a professional photographer who can recoup the expense through additional work.

On an Olympus camera such as the OM-D E-M1 Mark III or OM-D E-M5 Mark III, for example, the Olympus M.Zuiko Digital ED 12-100mm f/4 IS PRO (£999), above, can even enable sharp results from multi-second handheld exposures, which is perfect for evening photography, perhaps even shooting handheld traffic trails.

A few years ago, only telephoto lenses were stabilised, but now there are quite a few stabilised wideangle optics such as the Canon EF-S 10-18mm f/4.5-5.6 IS STM (£135), which makes up for its relatively small maximum aperture range with four stops of shutter-speed compensation.

Some good lens retailers to try (new and used)