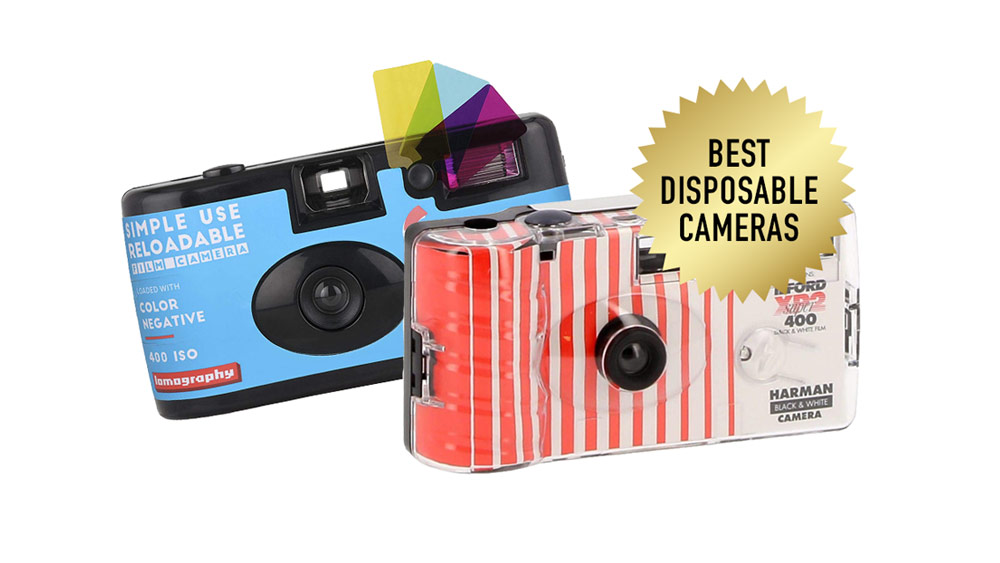 Are you looking how to choose the best disposable film camera for your wedding favours? Commonly seen scattered across tables at weddings, disposable cameras have become a fun way for guests to snap their own photos – to catch a perspective that the official photographer may not. It also brings an element of surprise for the happy couple, who will only discover what’s captured within when they take the film for processing.

Why should I buy a disposable film camera?

As they are fairly inexpensive, durable, pocket-size and lightweight, disposable film cameras are great on holiday, especially when you don’t want to risk ruining (or losing) your expensive smartphone or digital camera. You can use certain models under water, and others when adventuring, such as backpacking, mountain hiking or attending a festival, because they’re able to withstand dirt, dust and don’t require a stash of spare batteries.

What’s more, disposable film cameras force you to live in the moment – without any preview or delete option, you just snap, hope for the best, and go – it is what it is! The limited number of exposures also makes you be more selective about what you take photos of (versus snapping hundreds of images of your dinner on your smartphone that will never again be looked at!).

The analogue element of disposable film cameras adds a feeling that can’t be replicated elsewhere: the sense of delayed gratification and surprise – that you won’t know how the photos came out till you see the prints. The big reveal is an elating feeling. Plus, you come away with physical prints of your photos that you can hold and keep, rather than having a stack of digital files stuck on a hard drive for years, though some photo labs will give you the option of having digital scans saved to a USB stick or delivered via email.

How to choose your disposable film camera

Disposable film cameras come with their own fixed shutter speed, aperture (mostly f.9-11) and focus. Most have a similar design, but there are certain features to bear in mind when choosing which one is right for you:

For timeless black-and-white photography, this is the camera to go for. It has one major benefit over monochrome models: its film can be developed at most high-street C41 labs, which means it doesn’t require a specialist black-and-white one (which can be a bit more costly). You can get 27 shots from the camera, and there’s an in-built flash.

The camera offers 27 shots, features a toggle-able flash and, most importantly, produces artsy black-and-white images. It is best to avoid low light situations with this camera, though you can use the flash in these scenarios.

Ideal for shots by the beach, and at shallow depths in the pool, the waterproof Kodak Sport Underwater camera is a hard-wearing piece of kit. It has chunky control buttons and comes in a plastic case, making it ideal for use by kids. It’s best used in daylight and outdoors as there’s no flash. When shooting underwater, it performs well when the water is clear and bright. This model is not suitable for diving!

It can sometimes be hard to get your hands on this specific model as it often gets sold out, so a good alternative to bear in mind is the AgfaPhoto LeBox Ocean 400 Disposable.

It may sound contradictory, but this is a reusable disposable camera: you can keep refilling the film, which makes it a more budget- and eco-friendly option to other disposable cameras on the market, if you’re planning on shooting more than the generous 36 shots included in the pre-loaded film. This is practical and economical as a new roll of film usually costs less than buying a whole new camera.

The camera body comes with three coloured gels that you can slide over the flash to give the images different tints and add more creativity to your analogue photography.

The shutter speed is quite fast – 1/120 – and so this camera can be used to capture fast-moving shots.

A compact and budget-friendly disposable camera that is easy to use and best of all, features a flash. It’s good for everyday scenarios, both indoors and outdoors. Do note that if you’re shooting in anything other than full sun, use the flash to ensure the top quality photos because the ISO is only 400.

A versatile and reliable camera, the Kodak FunSaver performs just as well in bright sunlight and low light thanks to its high ISO. It’s a cheap option that produces brilliant results, ideal for beginners to the world of disposable cameras.

It comes preloaded with Kodak Gold film inside, so the tone of your photos will be warm and flattering.

This disposable camera is common at weddings because it is available in multipacks and also has a 27-shot version and 39-shot version – a good one to stock up on!

This camera has the most practical flash off the lot, because you don’t need to press the flash button for every shot but can just keep it on by toggling the continuous flash switch. This makes it ideal for quick-fire shots in low light scenes – you can focus on taking the photo without worrying about the light. Without flash, it works brilliantly in daylight.

A retro-looking camera that’s lightweight, it works well indoors and outside and produces photographs in saturated tones. The fixed-focus wide angle lens and f11 aperture makes it better for landscapes.

How to do film photography on a budget

How to get great shots on a cheap Holga film camera