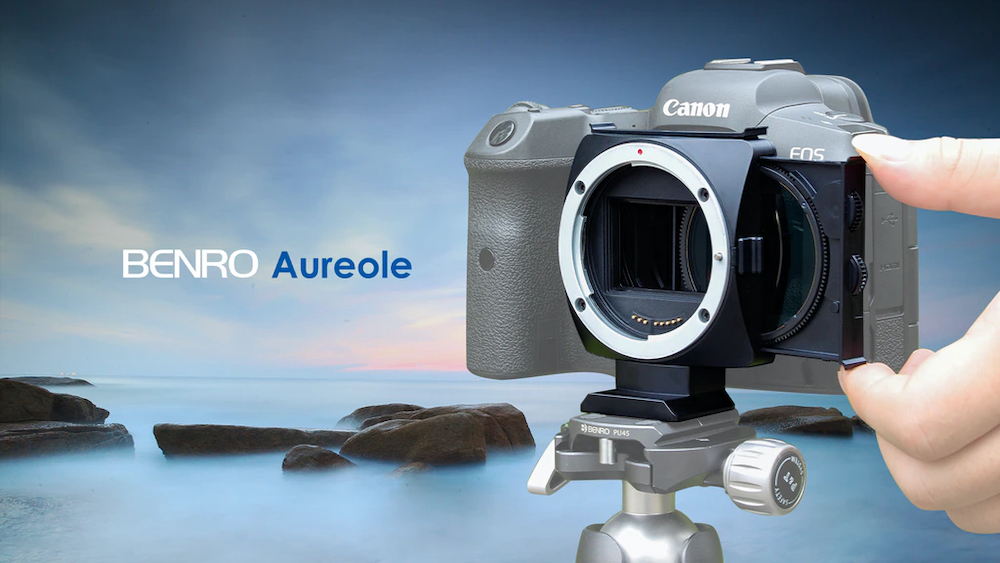 Benro has started a Kickstarter campaign for its Aureole product – a multi-function filter holder and mount adapter system that allows photographers to adapt lenses and support filters via a built-in, quick loading system.

The news of the Kickstarter campaign comes nearly three months after Benro unveiled the Aureole lens adapter and dual-filter holder.

On the pre-launch Kickstarter page Benro is describing the Benro Aureole as a ‘Modular 3-in-1 Drop-in Filter Adapter System.’

It is offering a ‘Super Early Bird’ price of $149, compared to the first reports of a US price for the Aureole of $249.

As well as being a lens mount adapter Benro says the Aureole will give photographers the ability to also use filters without needing to attach anything to the front of the lens.

Benro has also said that it has created a smarter filter system.

Rear-mounted filters have the benefit of being smaller and allow them to work with any lens, but removing them can be time-consuming and fiddly.

Front-mounted filters are more common and more widely used, but tend to be much larger and multiple sizes or ring adapters are necessary to work with lenses of different sizes.

The concept for the Aureole combines the two concepts into what Benro calls ‘the best of both worlds.’

However, it’s not a completely new idea as Canon produces an EF-EOS R mount adapter that also includes the ability to mount a variable ND filter within it.

Benro says the design of the Aureole reduces the cost of adapters and filters at the same time.

The company also calls it a ‘double filter’ system as it can accept both square and circular format filters simultaneously.

The adapter will allow one filter to be inserted from the top and another from the side, and Benro has said this will make it more versatile for shooting in either portrait or landscape camera orientations.

There’s also the additional potential benefit of helping to keep your camera’s sensor clear of dust when leaving one filter in place while swapping in the other.

The pros and cons of drop-in filters for mirrorless