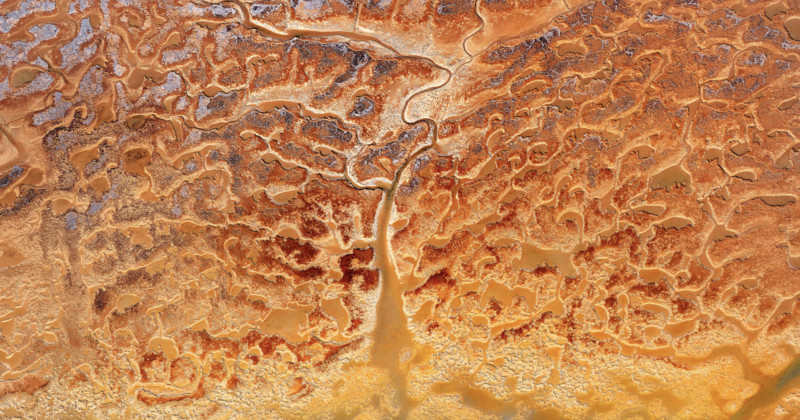 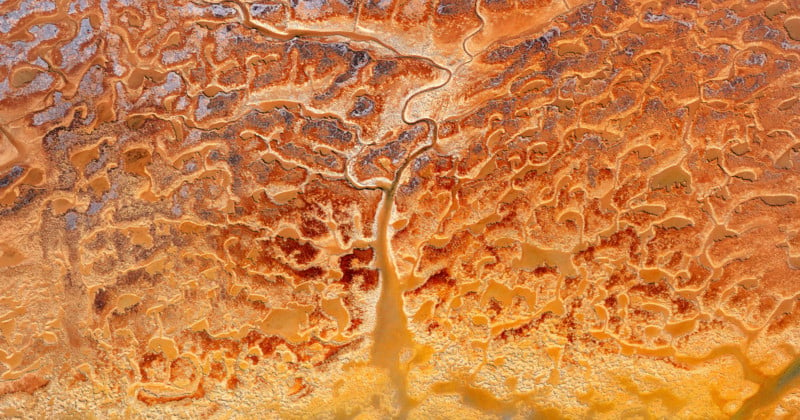 I have always looked forward to the rush of excitement I feel when preparing to board an aircraft with the promise of a few hours gazing down at our beautiful planet. Viewing the world from another perspective has held an alluring attraction for me as long as I can remember.

From the first time I sat in a light aircraft as a four-year-old to the current day, my heart pumps faster at the thought of time in the air with a planetary surface to explore. My father was a pilot and I found myself in the front seat of an aircraft many times before I was in the seat of a motor car. I remain intrigued by the fact that I continue to have a deep-seated passion for something that seems to contradict both my fear of heights and history of airsickness. In fact when I am in the air with a camera in my hand these things problems disappear.

My early forays into aerial photography began with a hot air balloon flight, and that initial morning flight will stick in my mind forever. The cold, crisp morning air, the early golden light, the quietness of the moment broken only by the intermittent whoosh of hot air as the pilot releases a short burst of air into the balloon to adjust our height. In a hot air balloon, there is no sound or feeling of the wind rushing by as in a plane or helicopter because the very nature of balloon flight is to be in the wind, a surreal experience highly conducive to reflection and cerebral flights of the imagination.

In those first few moments, as the countryside drifted slowly and quietly by, I felt a looming romance and was drawn to the incredible patterns and textures below, a carpet of ever-changing design and geometry. For a short time, it felt as if the symbolic shackles of land-based image capture had been released. I was not burdened with ensuring that horizons were straight. Nor was depth of field such an issue. Like a code breaker in an espionage thriller, I found myself looking for meaning, albeit often hidden within the hues, lines and tones. As I learnt to read the landscape over time it dawned on me there was so much the earth below had to say. I realized I would become a visual voice and would learn to read this foreign yet familiar language, one that I seemed to understand intrinsically as if I had been ready to speak in this new tongue forever. My visceral responses could be focused through the subjective choices made when deciding what would be enclosed in the frame of my captures. Consequent interpretations were crystallized as I strived to express the emotional resonance I felt in recognition of hidden symbology, present in colour, tone, and form.

Those first images were captured with a 35 mm DSLR and it wasn’t until a few years later that I was able to move into the realm of medium format. This was when things really started to open up and excite me. The world is a big place and when viewed from above this becomes even more evident. How to share and represent these magnificent vistas in a tangible and appropriate way dominated my thinking. It seemed obvious to me that expansive views needed to be seen in a similar way. It wasn’t just higher resolutions that contributed to this way of thinking. The advantage of a larger dynamic range would enable my vision to remain true to the depth of colour and tone that came with such a vibrant and diverse canvas. In addition, it was important that I presented my physical expressions in large, room-dominating pieces. These were destined to be impact statements and eye-catching features in large spaces where people could stop and dwell, soaking in the inherent beauty of nature and her intricate simplicity. Perhaps they would appreciate the visual evidence of an unexpected collaboration between man and the world we live in.

I quickly became addicted to the search for perfection and the pursuit of images that would connect and move the viewer in ways I had not been able to before. Each exhibition and collection became more sophisticated in its narrative and I found myself seduced by the emotional consequences of seeing familiar lands in a new light.

Although my current work is often described as Abstract Fine Art, it is built on the foundation of a resolute pursuit of excellence in aerial photography, driven in part by who I am. This genre can be simultaneously simple and yet complicated. On one hand, it can be viewed as just looking at a landscape, either natural or urban, and taking a picture. But it can be so much more. It offers the freedom to re-discover the familiar and bring new understanding through a shift in perspective.

Although the romance of a balloon flight is one that I fully endorse, I quickly found myself jumping at any opportunity to be in a plane or helicopter. Each has its advantages. Helicopters are more flexible and offer an easier way to position yourself for a selected capture, but they are more expensive. Light aircraft on the other hand, my preference being a Cessna 210, are more economical, and usually give you a greater range in terms of distances covered. Each has played its part in my photographic journey, and I still use both modes as an aerial photography platform, depending on the project at hand.

Personal style is something that develops over time and as we evolve and understand the way we see and how we wish to express our vision, we begin to understand what works for us and what doesn’t. What is important in terms of our technique, and what is less relevant. I find my style includes a strong pull to shoot straight down, and less oblique, and so things like depth of field are less critical for the way I like to share what I see, and how it makes me feel.

Over time I have settled on a few basic guidelines or tenets, some that could be considered generic and others that link to my personal direction.

As mentioned, establishing a good rapport with the pilot will bring its own rewards. Plan to agree on terminology and hand signals, important for directing where and how you would like to be positioned. Often the “wow” moments are fleeting. The world is shooting past at a literal rate of knots so being able to predict wind drift, angles of view and closing speeds are integral parts of a successful aerial adventure.

With good preparation and planning, you are ready to let your mind focus purely on the joy of watching the unfolding, ever-changing landscape below. Allow yourself the luxury of drifting with the clouds, both physically and in a metaphorical sense, as you lose yourself in the transient landscapes below.

Over the last ten years or more I have realized there never seems to be enough time to capture all the opportunities that appear before my eyes. The more I have photographed, the more the possibilities of this viewpoint excite me. I find myself continually searching the horizon from the front seat of the aircraft, identifying a tree pattern revealed in the drying mud of the falling tide. Or perhaps it is the light dancing across a shallow salt lake, revealing a jewel-like glimmer, or releasing an array of colours that reveal the resident salts or algae in the water. Choosing locations is a personal preference. Some people are attracted to the geometry of farming or industrial environments, others prefer to focus on nature’s own brush strokes, salt lakes and mudflats, or perhaps long crystal-clear beaches with translucent greens and blues, and undiscovered patterns hidden beneath the shallow waters of an expansive bay. In deciding, it is not uncommon for Google Earth to be consulted, offering an insight into the possibilities of a target area.

Whatever the subject matter below, I have always been enamoured of the innate beauty of simplicity, and the inherent genius in nature’s design. When capturing images from above, I find myself lost in a search for perfection in composition and clarity in the interpretation of hidden narratives. After 30 years photographing everything from weddings to family portraits, and commercial assignments to landscapes, I find myself drawing from a reservoir of visual experience and am more passionate and enthusiastic than ever. I constantly look forward to the next opportunity to reveal hidden narratives and remind people of the magic present all around us, if we just take the time to view things from a different perspective.

This article is courtesy of ELEMENTS Magazine: The ELEMENTS is the new monthly magazine dedicated to elegant landscape photography, insightful editorials, and fluid, clean design. Inside you will find exclusive and in-depth articles and imagery by the best landscape photographers in the world such as Bruce Barnbaum, Christopher Burkett, Hans Strand, Erin Babnik, and William Neill, to name a few. Use the PETAPIXEL10 code for a 10% discount off the annual subscription.

About the author: Tony Hewitt is a renowned Australian photographer with a passion for people, places, and travel. He is a “Fellow” of the prestigious Australian Institute to Professional Photography (AIPP). He has exhibited either solo or jointly in over 30 exhibitions and won numerous prestigious photographic awards. His photographic journey has seen him explore the genres of Fine Art, Landscape, Industrial, Portrait, Wedding and Aerial Photography, and he has been consistently invited to critique and judge both nationally and internationally since 1995.  He is widely sought after as a presenter and for his mentoring and coaching, including group programs that focus on personal development and creativity skills. Tony is a Grand Master of the Australian Institute of Professional Photography (AIPP), a Fellow and Honorary Fellow of the AIPP, and a Fellow of the NZIPP.

Look for Tony’s articles in the upcoming issues of the ELEMENTS Magazine.