Ashraful Arefin on Why Photoshop Still Holds Value in Photography 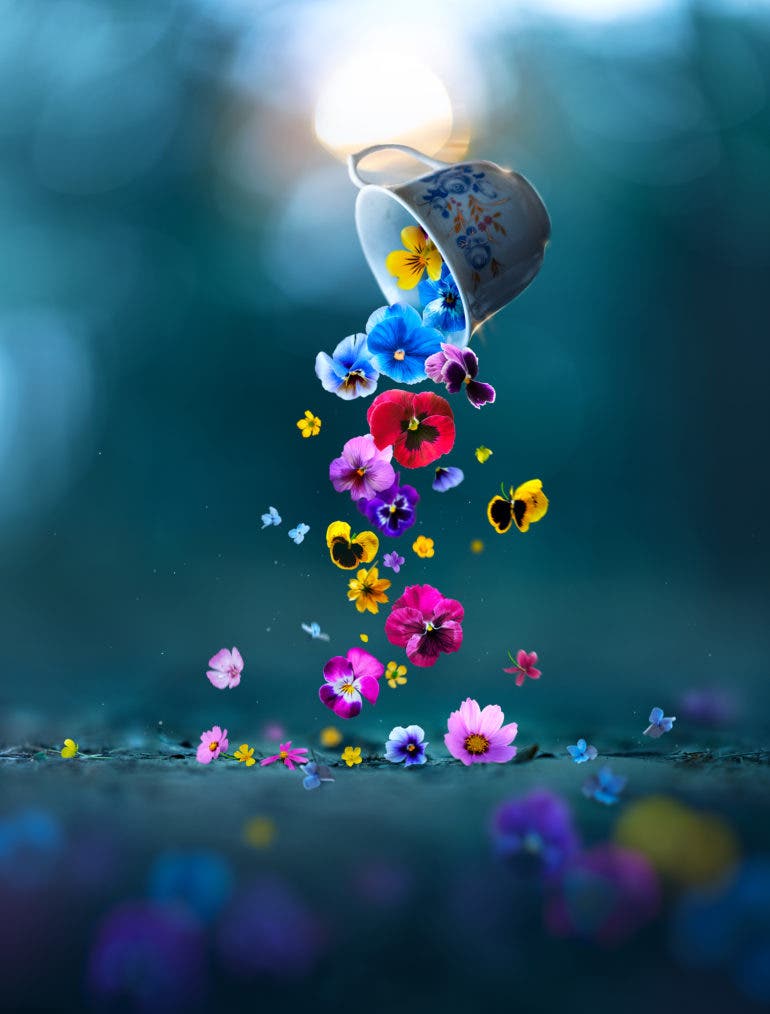 Ashraful Arefin is a still life and street photographer based in Dhaka, Bangladesh. He creates beautiful, vibrant images that highlight his background in design. He’s unashamedly proud of his relationship with Photoshop and shares how he uses it to bring his photographs to life. In an hour-long conversation, I spoke to Arefin about his work, his life in Bangladesh, and everything else in between.

In Conversation with Ashraful Arefin

Originally, Ashraful Arefin was meant to be a guest on The Phoblographer’s official podcast, Inside The Photographer’s Mind. He very kindly put time differences aside and spoke to us at 10pm local time in Dhaka. Unfortunately, internet connections were not on our side, and the audio wasn’t good enough for the podcast. However, Ashraful Arefin has images so strong and a story so interesting that we want to share an overview with our readers.

Coming from a background in design, Ashraful Arefin had always had that creative spark within him. When first transitioning, he did what most newbie photographers do: bought a 50mm lens. As he told me, the 50mm lens offers a level of versatility other focal lengths don’t. It allowed him to experiment with different genres until he eventually found spaces where he felt most comfortable: still life and street photography.

Beyond his starter kit, the main component to beginning his career in photography was a project. “I began a 365 project,” he told me. For those unaware, the project involves creating a photograph every day and sharing it online. For Ashraful Arefin, the project had two main benefits. First, it pushed him to create, practice, and perfect his skills. Secondly, it helped him overcome the barriers of sharing his work publicly. Arefin told me not only did he become a better photographer technically, but he also became a more confident photographer, which helped him believe he could push further on with the craft.

“… every day, it’s like a new challenge,” says Ashraful Arefin in reference to shooting street photography. He openly admits he is an introvert, so going out, being amongst people, and making photographs doesn’t come naturally. However, he enjoys being outside of his comfort zone. It helps him grow not only as a photographer but as a person.

His street photographs follow in a similar vein to his still life work. They’re rich in color and show the wonderful vibrancy in certain parts of Asia. Aside from shooting in pre-pandemic Bangladesh, Arefin would also visit India, Nepal, and Southeast Asia. We both talk about the wonderful diversity of many countries that are in close proximity. It’s a core reason why Asia remains a popular location for photographers from all corners of the world.

We couldn’t cover street photography without talking about confrontation. Thankfully, Arefin has never had an experience that went to the extreme. Of course, he’s had some piercing looks and the odd word said to him, but his experience has mostly been positive. By speaking with him, I can tell he has a quality most street photographers need: a calming, peaceful aurora. By being himself, his energy communicates that he bears no threat and carries no ill intention. It is this that allows him to work smoothly and without interference.

Ashraful Arefin on Miniatures and Gear

Ashraful Arefin majored in art. As a youngster, he loved playing with miniature toys, like cars. His still-life miniature photography allows him to reconnect to his childhood and also make use of his education in the arts. For this kind of work, he turns to his Nikkor 105mm, which he attaches to his Nikon 850D.

I asked him why he opts to use a DSLR rather than a Mirrorless camera. For him, the feel of the DSLR suits his needs, and he feels like he has something more tangible in his hand. He is, however, considering shifting to a mirrorless camera once Nikon releases the Nikon Z9.

Arefin doesn’t hide from the fact he uses photoshop to give more life to his photographs. Photoshop tends to be a polarizing subject. At The Phoblographer, most of the staff leans towards minimal editing, as highlighted in our No Photoshop series. But we do not reject those who use it as a core part of their image-making, especially if they use it well and ethically.

I asked Arefin what he felt about those that question the use of Photoshop. He told me, in his calm fashion, that he no longer worries about what others think. He believes everyone has their own journey and their own approach to photography. And as long as the creator is happy with how they make their images, that’s all that matters.

He went on to tell me he sometimes spends a whole day editing a single image. For someone who tries to do as little editing as possible, hearing this gave me anxiety. On the contrary, Arefin explains that editing is a form of meditation. It’s his way to escape and gain focus and perspective. He loves listening to music, drinking tea, and getting to work. I respect that.

Arefin’s career has almost gone full circle. At the beginning of our conversation, he told me how he would watch video tutorials to help develop his photography skills. Now he wants to create his own tutorials to help budding photographers learn about the craft. More so, he wants to target young people in his region. Photography isn’t easily accessible for many in the east. It’s also difficult to access courses as they don’t have access to common payment methods such as PayPal. It’s a hurdle that we don’t face in the west, and Arefin wants to develop a method of teaching that is accessible to all. There’s no doubt that the experience and knowledge he will share will allow new photographers to flourish.

Often, photography focuses so much on those living in the west. At The Phoblographer, it’s important that we remain diverse in our region and all around the world. It’s a shame we couldn’t bring you the audio and video version of the one-hour conversation. Ashraful Arefin offers great insight and perspective to life in the east, and we hope you will experience the same engaging conversation I had with him one day.

He’s an incredible photographer and will no doubt be a valuable teacher. You can see more of his work by visiting the links below. Thanks to Ashraful Arefin for speaking with me, and thanks to you folks for reading about him and his journey.

All images by Ashraful Arefin. Used with permission.