Artur Lahoz Sees his True Love in the Starry Universe 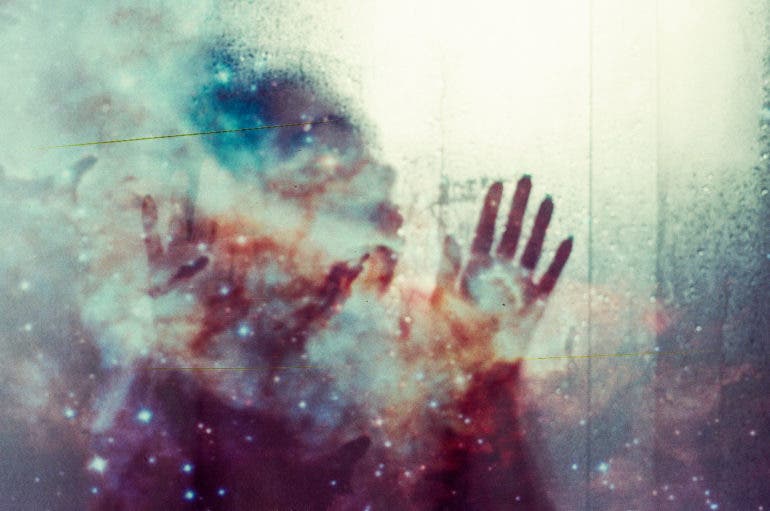 “Somehow I feel more alive when I use the weekend and my free time to photograph”, says Artur Lahoz of Brazil. Much like many of our readers, he uses photography to escape the complexities of his weekdays, and he finds some much-needed solace in analogue photography. We caught up with him to understand the intricacies behind his latest double exposure film project – ‘She Was The Universe’.

Astrophotography can be daunting. But when you try doing it on film, it’s even more unpredictable. Artur Lahoz takes this to another level by adding the magic of double exposures to the equation. Combining the musical influences from his teenage years with his philosophical leanings, Lahoz created this series with a long term muse in front of his lens.

I started working with a Nikon FM, a gift from my father. I learned everything I know about photography thanks to that camera. When I started taking pictures as a child I used film, which was not very common, but as it was what I had access to, it naturally became my favorite way to work. Over the years I was able to purchase my first digital camera, a Nikon D5200, which allowed me to invest more in freelance paid photography work. However, it didn’t take me long to realize that I wasn’t very interested in commercial work and I started to invest in expanding my film camera equipment to improve my own things.

Artur Lahoz: My name is Artur Lahoz. I am a Brazilian photographer from Belo Horizonte. I work with technology and communication, but I have been photographing since I was 12 years old thanks to my father’s influence, who gave me one of his cameras (which I keep to this day as one of my favorites for work).

I worked for many years with photography, cultural production and events until I specialized in digital planning and started working in both areas. I am currently able to combine my passion as an authorial photographer with my office work, and I hope to continue that way for the rest of my life.

The Phoblographer: What was the inspiration behind this series? Why did you choose the harder route and do it on film instead of digitally?

Artur Lahoz: I’ve always been very into music, and when I was a teenager, I got to know a German collective called The Ocean Collective. They made a themed album called Anthropocentric, which talks about the conception of humanity as the center of the universe. Although it is a clearly outdated model, it is the stage for a curious philosophical thought, where it is said that anthropocentric intellectual perspectives take as their only paradigm of judgment the peculiarities of the human species. I’ve always considered this vision as a good insight for imagery work. Of course, the series doesn’t necessarily talk about this, but it influenced the composition of the images.

When I started experimenting with double exposures with shadow play, I thought it would be interesting to mix pictures of stars with portraits using a human figure behind a glass partition to create unique textures and overlays. I thought of the film as an alternative to generating less sharp and “clean” results in order to create a unity for the images.

And about the photos being taken on film: The vast majority of my work is done using film! When I turned 18, I started working in a photography laboratory and studio, where I learned about film processing and digitization processes. As I spent a great deal of my time teaching classes on developing processes, I ended up enjoying photography in film. I prefer textures and colors caused by film photography over those caused by digital manipulation.

Today I have a vast collection of cameras and equipment, but I can say that I mainly use Nikon FM and a Nikon N80 for more versatile work, an Olympus XA2 for street photography and a medium format Pentax 6X7, recently acquired for projects that will be done in a makeshift studio I’m putting together with a good friend of mine.

The Phoblographer: Why the past tense in the title? Please tell us more about this and the person in the images.

Artur Lahoz: In the realization, I thought it pertinent to make the series with a great partner of my photos, who was my inspiring muse for many years, both in photography and in life in general. It turns out that the result was the representation of what I saw in her, which was always a great model for me of how all people should be and act. The name She Was The Universe is also the name of one of the tracks on the Anthropocentric album. It ended up being a way to honor it too.

The Phoblographer: How complicated was it to do double exposures on film? What were some of the challenges with the series and the development of the rolls?

Artur Lahoz: I am generally very systematic with my projects, I like to plan well how I want the results before going to take the photos, but with this project, it was different.

It ended up being a lot more fun and easier to do everything in a less controlled way. Post-production was even simpler; I did all the developing and scanning with friends who own a store here in Belo Horizonte and ended it with some color touches and details in the digital edition.

The Phoblographer: What emotions were playing in your mind when you setup your camera for each shot? Were the results what you expected?

Artur Lahoz: How I was experimenting with doing it in a freer way was pretty nerve-racking. Until I had all the developed rolls in hand I had no idea what the results would look like and if the dynamics of light and shadow had worked. It turned out that the results far exceeded my expectations.

The Phoblographer: Were there any other film stocks you considered? What encouraged you to settle on Eterna 500t, which is more commonly associated with motion pictures?

Artur Lahoz: Originally I wanted to take the photos with artificial light, so I chose to use a tungsten film. However, after photographing the background parts, I realized that it would be more interesting to play with natural light and see how it would react to a film made for a more controlled environment.

To tell the truth, I was never very enthusiastic about motion pictures films, so I decided that maybe it would be more interesting to try to abuse experimentalism to create something unique and different.

Despite having a lot of equipment, I don’t believe they are a big influence in my eyes. I see experimentalism as a creative rather than a technical vision. I always try to get by with what I have at the time, I think the limitation has always helped to shape my photos.

The Phoblographer: Which of these frames is your favourite? Tell us why.

Artur Lahoz: Definitely the first in the series. Breaking my systematic workflow and going into post-production expecting very bad results and ending up finding a frame that brings together all the components of scenery, background, model and textures put together in the best possible way is extremely exciting.

It’s good to learn through more unpretentious techniques that a result with good coincidences and nice mistakes will be better than something you might plan out to the smallest detail. It’s just magical.

The Phoblographer: Who are some contemporary or classic photographers that inspire you?

Artur Lahoz: This question is always very difficult to answer. I’m a real nerd on classical photography influences because I believe it’s important to know about the big names before you want to go out and try something new.

But I think Roger Ballen has shaped a lot of how I see photography. I believe he was one of those responsible for me to stop looking at the classics and start giving more value to more experimental photography, strange and sometimes uncomfortable, although my influences for photos usually come from movies, books and music.

However, it would be wrong to talk about this work without mentioning Breno Barros, an amazing photographer from Pará who inspired me to do the double exposures the way I decided to do it.

The Phoblographer: Are more people gravitating toward the unpredictability of film results today? Why do you feel it still has an appeal despite digital making the art easier and more accessible?

Artur Lahoz: That’s an excellent question. More people are getting interested in analogue photography, but I don’t know how to answer you exactly why. Another photographer who also lives in Belo Horizonte, Teodora Velloso, made a short documentary talking about the relationship between the advent of film photography as a counterpoint to the era of information and the digitalization of everything. She even called me to talk a little bit about it, and I ended up not having much idea what to talk about.

But I think her hypothesis says a lot about how communication, technology and the digitization of things invade our lives and introject into our daily lives to the point of becoming exhausting. It’s even funny since I work with innovation and technology while I share my time with doing things with a technique that 10 years ago most people would have considered dead. The truth is that I’m constantly living exhausted with everything, but somehow I feel more alive when I use the weekend and my free time to photograph. It’s worth saying that photography and slower processes have become a way of escaping the rut of volatility, uncertainty, complexity and ambiguity.

On the other hand, maybe the answer to this is in a conversation I had with a good friend of mine, Felipe Pessanha, where I said I liked to believe my motto was – “be prolific, always”, and he told me he preferred believing that his was simply – “enjoy the process”. I don’t think I’ll ever forget that because it was at this point that I noticed how intoxicated and addicted I was with my work routine that it got in the way of how I saw my life.

Maybe it’s more about enjoying the process; maybe it’s about chasing what isn’t necessarily faster and easier. And maybe many people are noticing this unconsciously.

All images by Artur Lahoz. Used with permission. Check out his Behance and Instagram pages to see more of his work