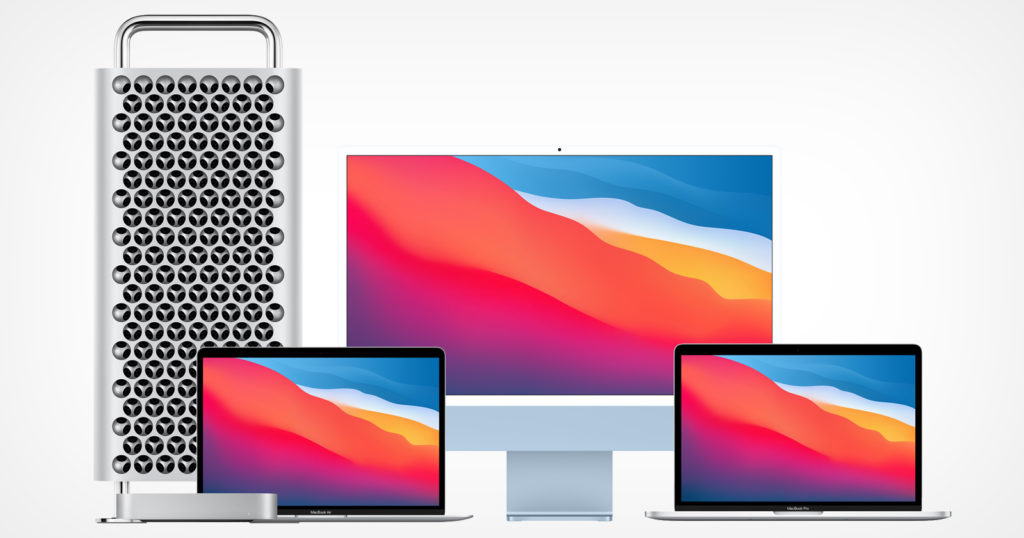 Even though Apple’s new M1 computers are still quite new, the company is reportedly poised to release even newer versions of both its laptop and desktop lines that feature new processors, significantly upgraded specifications, new designs, and more connectivity starting as early as this summer.

Bloomberg’s Mark Gurman — who has a solid track record when it comes to Apple rumors — reports that Apple is set to “overhaul a broad range of Macs” as early as this summer which will include faster processors, new designs, and improved connectivity across its entire computer lineup. That includes the MacBook Pro, MacBook Air, Mac Mini, iMac, and Mac Pro devices.

The devices that are supposedly going to be ready first are the new MacBook Pros, which would theoretically form a more complete line of pro-oriented laptops by joining the MacBook Pro that was announced last fall and features the M1 processor.

The new MacBook Pros will supposedly be released in both 14-inch and 16-inch screen variants and feature a redesigned chassis as well as see the return of the MagSafe charger, HDMI port, and SD card reader. These notes mirror an earlier Bloomberg report from January that alleged these much-requested ports would be returning to the MacBook Pro line at some point this year.

Apple is planning for the return of the SD card slot in the upcoming 14-inch and 16-inch MacBook Pros. This is looking like the “fix everything” edition – with MagSafe also returning and the Touch Bar going away. https://t.co/kOpqkSYds0

Additionally, Gurman states that the laptops will also be seeing additional ports for connecting external drives and devices and reduce the number of dongles that creators would need to use in order to effectively work with the Apple laptops.

Connectivity and larger displays are not all that are expected from Apple’s forthcoming MacBook Pros, as Gurman also states that the company intends to launch the computers with two different chips, both of which include eight high-performance cores and two energy-efficient cores but will be available in either 16 or 32 graphics core variations. Additionally, photographers will be able to purchase up to 64 gigabytes of RAM on these new laptops, which significantly outpaces the current max of 16 that is available on the current-generation M1 MacBook Pro.

The new processor that Gurman is referencing is very likely the “M2” processor that recently started production. These reports back up a separate source that noted M2-powered computers would be coming in 2021.

Gurman says that after Apple has released the new MacBook Pro, a new “revamped” MacBook Air, a “low-end” MacBook Pro, and a completely new Mac Pro workstation would follow. The Mac Pro rumors have been circulating since January, but Gurman’s latest report includes a few more details. Apple’s top-of-the-line computer will apparently come in 20 or 40 computing core variations that are made up of 16 or 32 high-performance cores and four or eight high-efficiency cores. The chips would also include either 64 core or 128 core options for graphics. If true, these specifications would easily top the current Mac Pro which was announced in 2019.

As expected, the report also states that the company is still working on a higher-end Mac mini — which Gurman states could be delayed or canceled, as Apple has done previously — and a more mid- to high-tier iMac to add to its recently announced low-end iMacs that are powered by M1.

Based on Gurman’s reporting and other rumors, it is entirely possible that Apple will be able to offer computers powered by in-house silicon at all levels of its line by the end of the year, though it is more likely that these announcements will be spread out over the summer, fall, and spring of 2022.