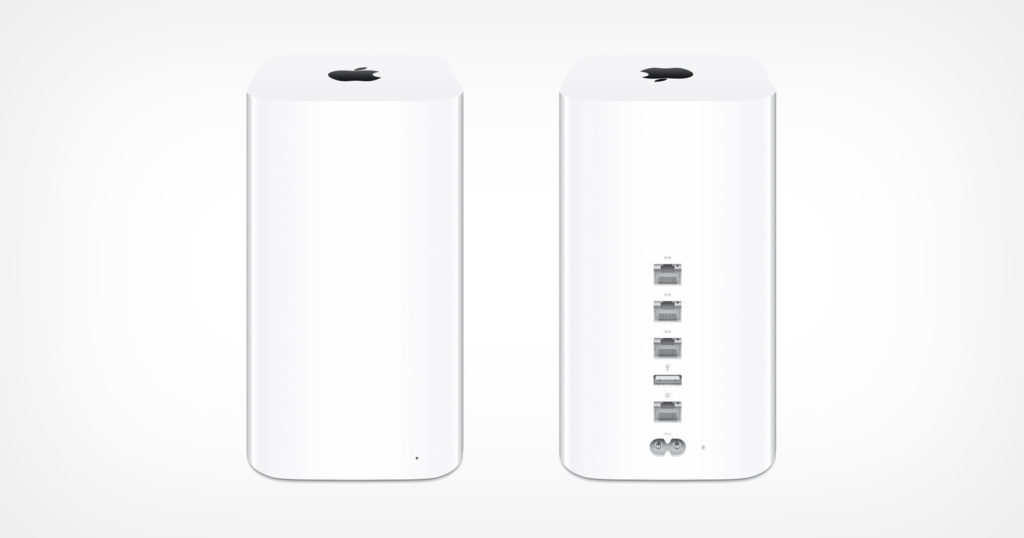 Data recovery experts warn that fifth-generation Apple AirPort Time Capsule devices produced between 2014 and 2018 are prone to a critical design flaw that can lead to “abnormally high failure rates” and total data loss.

Apple Time Capsule storage devices combined an AirPort base with a backup drive that was designed to work in tandem with the company’s Time Machine backup software. It was a combination of network storage and a WLAN base station that would support automatic and wireless data backup for all connected Mac computers and enabled an external USB hard drive to be used as a secure drive in the network.

Apple discontinued the Time Capsule in 2018.

As reported by 9to5Mac, German data recovery company Datenrettung Berlin has noted that in these Time Capsule devices, Apple chose to use Seagate Grenada hard drives, which are now suffering from what is being described as a “design flaw” that can lead to high failure rates.

“As a professional data recovery service, we see the Time Capsule devices quite often to perform data recovery of the Time Capsule,” Datenrettung writes, translated from German. “In the numerous analyzes we had to diagnose the same damage pattern in almost 100% of the cases: A broken parking ramp and as a result a destroyed and deformed read/write unit as well as severe surface damage to the data disks.”

Dattenrettung says that it believes the culprit is the Seagate Grenada hard drive (ST3000DM001 / ST2000DM001 2014-2018) and that sooner or later, the material used for the parking ramp — a tab that serves as a location for heads to park when they are not reading or writing data — will break.

Dattenrettung says that the nearly 100% of cases where Time Capsules from this period needed repair were linked to this “identical damage” and affects all fifth-generation Time Capsule devices. While in some cases data can be recovered, that is not always the case nor is it always fully recoverable. Dattenrettung recommends that current users of the fifth-generation Time Capsule devices look for an alternative backup solution, while 9to5Mac notes that iFixit has a detailed guide that shows how to swap the hard drives from the AirPort Time Capsule for another.

It has been a rough month for consumer network-attached storage devices. In late June, Western Digital My Book Live Hard Drives were the victim of an exploit that allowed the contents of the drives to be remotely deleted. That exploit was apparently in place from the day the drives first hit the market and was never repaired. On July 2, a major vulnerability affecting all Western Digital NAS drives running OS3 was also revealed.