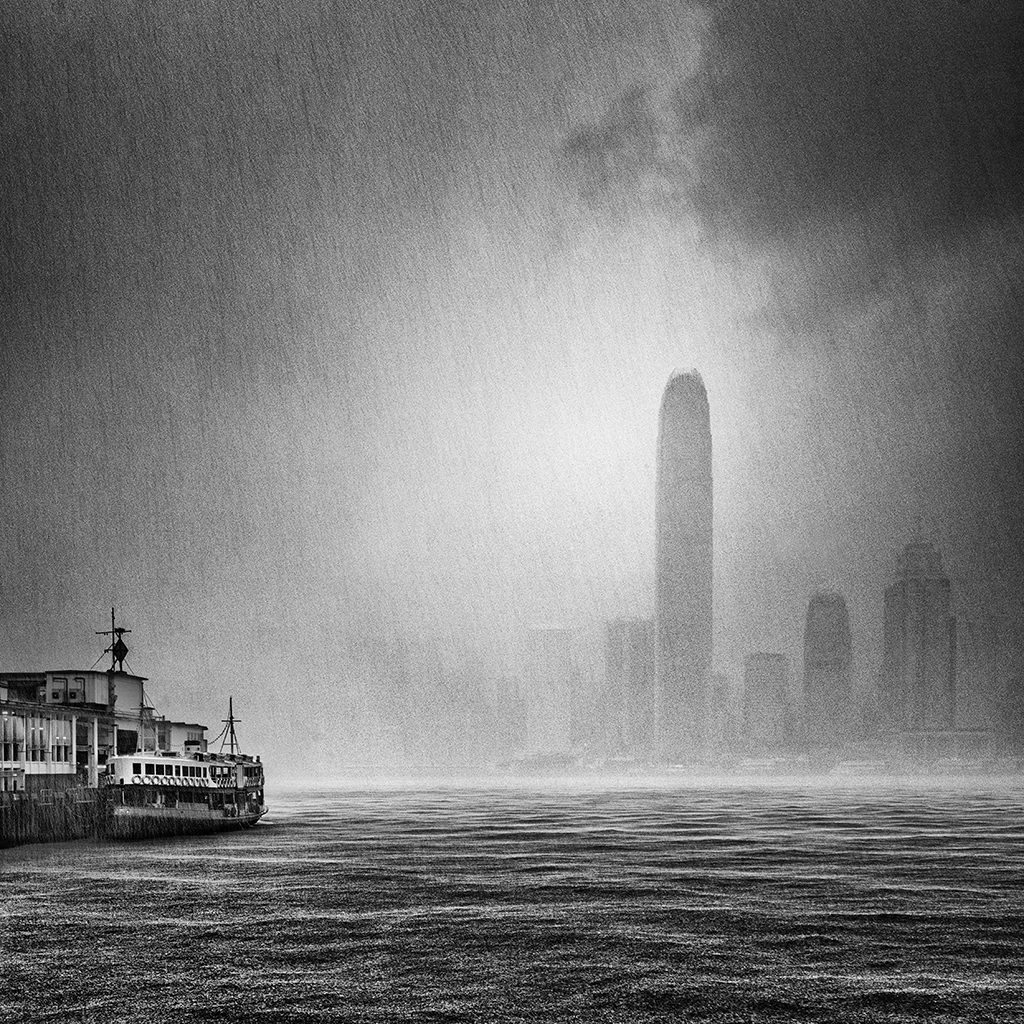 Here are the top ten images uploaded to Photocrowd from APOY Round Eight, Travel, with comments by the AP team and our guest judge, Jordan Banks. Be sure to enter the current round on Close-Ups, closing 29th October 2021.

It’s safe to say, opportunities for travel have been thin on the ground for the vast majority of us over the past 18 months or more. However, we’re pleased to see that entries into this ever-popular category of APOY haven’t waned as a result.

As always, it encompasses a huge range of styles, from landscape to cityscape, reportage to portraiture – with originality and new perspectives characterising our top ten images.

What’s clear is there’s no such thing as a ‘typical’ travel shot. Anything goes, as long as it gives a sense of place and atmosphere, and transports the viewer to the scene.

Ask someone to describe a typical travel shot and they might suggest something like a local market, lots of colour, and anything that looks different to our eyes. It’s unlikely they’d think of a black & white image taken in monsoon conditions. But that’s exactly why Ian’s photograph stood out – because it’s different from the average travel picture.

The teeming rain makes the image seem almost like a pencil drawing, but there’s enough detail in the skyline to give the viewer a sense of place. These elements alone wouldn’t be enough, though, so the inclusion of the dock and ferry on the left helps anchor the scene. Great composition, hugely atmospheric, and a change from the norm. What more could we ask for?

Guest judge Jordan Banks says: ‘I really like the different take on travel photography from this image. The temptation as travel photographers is to look for the unusual or the exotic, but despite the seemingly normal context of this image, it screams travel to me.

The use of strong, bold colours combined with a very effective composition makes for a striking and powerful image that the photographer should be proud of. There isn’t much I would change with this image, but it would have been nice to have the subjects’ arms both fully visible on the lilo and in similar parallel positions.

Finally, I would have tried to avoid the blown-out highlights along the right curve of the watermelon.’

Without the three stick-like figures on the distant horizon, this pleasing monochrome image would never have stood out. However, with them, it becomes a very effective depiction of the strenuousness of a mountain climb in this region (the Monte Rosa, on the border between Italy and Switzerland).

Our eye goes straight to them, before travelling around the image to take in the curves and crevices of the snow, which are picked out so beautifully by the light. A lovely study of scale, texture and tone.

Yet another image that stood out for its imaginative take. Shot in Port Lockroy, on a dream trip around Antarctica, it would have been easy for Nigel to overlook the potential here, instead heading outdoors and photographing the penguins in a more conventional way.

So, full marks to him for seeing how the window frame could help anchor the scene, as well as including the Union flag, which seems incongruous in such an environment. Even the condensation around the window frames helps paint a picture of cold, damp and difficult surroundings. A great shot that works on a number of different levels.

Being able to pick out moments that are quirky or incongruous to our own eyes (although they may be entirely ordinary to others) is important in all photography, but particularly so in travel. But images that give an insight into people’s everyday lives need to be carefully considered, and not demeaning or intrusive.

Graeme has done an excellent job of capturing an unusual moment while remaining respectful at the same time. His timing is spot on, as the composition would have lost its balance if the woman had been further into the frame.

The positioning of the shuttered windows top left and centre, and the pillar on the right, with its tatty poster, give a structure to the shot that makes our eye go straight to the woman and her headwear choices. As Graeme says, the cabbages are a useful way of giving some protection from the sun!

We had to do some digging around to find out more about this spectacular scene. It’s known as the K50 waterfall and is found in the Kon Chu Rang Nature Reserve in Vietnam. It’s very difficult to reach, and it would have been easy for Nguyen to run around like a kid in a sweet shop once he got there.

However, he has demonstrated impressive self-control by setting up this excellent composition. The focal length compresses the two figures against the impressive backdrop of the falls, and the soft light brings detail to every part of the scene. Nicely done.

It’s the silhouettes of the dromedaries that make this image the success that it is. Waiting until the sun is low in the sky has meant they are beautifully rim lit, making them really stand out of the almost three-dimensional scene.

The same low light has also brought the desert dunes into sharp relief, showing how they complement the shape of the creatures in the foreground. Most photographers’ instincts would have been to retain the colour in this shot, but we love the way it has been reduced to such a dense black and bright white, with only a few paler tones in between.

We love the story that is playing out in this behind-the-scenes shot of a sumo wrestling training session in Tokyo. It appears that the novice on the left is being admonished by the more senior wrestler on the right.

The two men in the middle simply look relieved that they aren’t the ones on the receiving end of the ire. It’s a very well-captured shot that gives an insight into a world most of us won’t be party to. The towels, the bandages and the men’s expressions speak volumes about the intensity of their existence. Exhausting!

It’s actually quite hard to believe this is a recent image, so powerful is the Eastern European iconography in the scene. Antoine shot the image while he was in Minsk, the capital city of Belarus, on a scientific conference. To make the effort to create such a well-visualised shot while on limited time deserves a great deal of praise.

Had he been impatient, and not waited until only the lone uniformed individual was in the frame, it’s highly likely the picture wouldn’t have made the top ten. Other photographers might have placed the statue of Lenin in the centre of the frame, but composing with it to the right gives the man space to be walking out of the frame. Striking and timeless.

There must be hundreds of thousands of images of Uluru in circulation, but how many were shot in conditions such as this, and capture such a breathtaking moment? What we like is the careful thought that has gone into this image, despite what must have been a fast-moving and potentially high-risk situation.

Placing the iconic mountain to the right of the frame has meant Christoph could include part of the blue sky on the right, which gives a pleasingly soft contrast to the warmth of the mountain and its foreground.

It would be easy to assume this was a drone shot, but in fact Muhammad was simply standing on a bridge and looking down at these fishermen when he shot it. His timing is excellent, having captured the net at its fullest as the fisherman casts it into the river.

He’s also managed to place it well, so it doesn’t overlap any of the vegetation. Photographing people at work is always a great way of capturing the essence of a place, and Muhammad has done a good job with this picture.

Truro Camera Club, of which Paul Nash (above) is a member, have had a particularly succcessful round this month. Lynn Pascoe received 80 points for her third-placed image, while Paul and fellow member Susanna Hoare received 10 points each for their shortlisted images.

This 100-point total has boosted Truro Camera Club into second place, demonstrating that just one or two successful images can make a big difference to the overall leaderboard. Keep up the good work!

Last month, Ian Bramham wasn’t even in the top ten. This month, he has leapfrogged everyone else into the lead. However, with only 70 points separating first from tenth place, there is still everything to play for as we head towards the final two rounds of this year’s APOY.

there’s more of a range within the scores of Young APOY, with Muhammad Hossain holding onto his lead with another overall winning image. He can still be caught, however. Launceston Camera Club remain in the lead, but nothing’s certain in this competition, and a good couple of rounds for other clubs could still see them knocked off the top spot.

This camera, which was launched in 2011, features a 10MP sensor, a versatile zoom that’s equivalent to 28-140mm in full-frame terms, and four-stop image stabilisation. It’s a great piece of kit for travelling, and is available from a mere £59 at MPB.

In seventh place, Dondi Joseph headed to the Sahara Desert with his Fujifilm X-Pro2. This retro-style, interchangeable-lens mirrorless camera has a hybrid viewfinder system, 91 phase-detection points and a 24.3MP sensor.

It also features 256-zone metering and is capable of shooting at 8fps. You can pick up one of these versatile camera bodies from MPB for between £744 and £859, depending on condition.

A pro-spec DSLR that is designed for action photography in particular, the Nikon D5 is what Charles Ashton used for his striking black & white shot of sumo wrestlers during a training session in Tokyo.

This full-frame model features a 20.8MP sensor, 153-point AF sensor and 12fps continuous shooting, as well as being tough and rugged – ideal for outdoor use. A model in good condition will cost you £2,699 at MPB.

APOY Round 10 is open: Close-ups