Your mirrorless or DSLR camera probably offers four Exposure Modes: Program, Aperture, Shutter and Manual. Program Mode is easy, Manual Mode is slow, and Aperture Priority Mode is the best in most situations. Here’s why.

The other Shutterbug writers and editors might disagree with me, and that’s healthy and good. This is my opinion, but it’s based on a good many years experience, more than I’m willing to admit. Let me explain why I think Aperture Priority rules. (And if you take pictures with your telephone, here’s another reason why you should buy a real camera.) 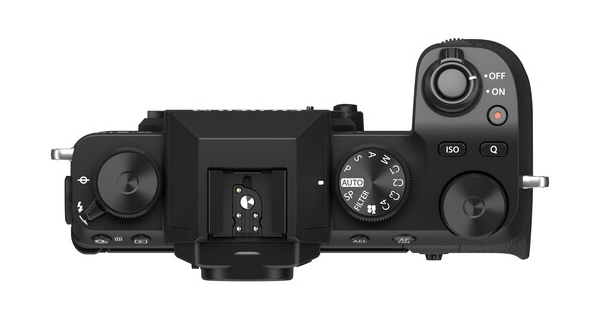 Like many modern mirrorless cameras, the Fujifilm X-S10 has an AUTO setting in addition to Aperture Priority, Shutter Priority, Manual and Program exposure mode settings.

What Are the Differences?
If your camera has an Auto Mode, in most cases that’s not an exposure mode per se because it usually does other things to dumb-down the camera, like locking ISO, activating the flash or graying out certain advanced features. So here we are referring to only P, M, S and A modes.

If you shoot with Canon, your dial should read Tv, Av, M and P. Tv is for Time Value, another way of saying Shutter Priority. Av, then, is for Aperture Value. Thank you, Canon, for running in your own direction.

Hello Program Mode, My Sneaky Friend
When set to Program Mode, a piece of firmware inside your camera determines which shutter speed and aperture combination to set based on rules decided by a group of camera engineers and probably based on the original Canon AE-1 Program algorithms circa 1981.

If I write these rules in English, they read something like this: “Set the correct exposure and try not to use a shutter speed that’s too slow.” The rules follow a “program slope” created by the combinations of shutter speeds and apertures plotted on a standard X-Y axis. Sounds intimidating, but it’s not. A typical program slope looks like the example below.

The exposure combinations plotted on the red line are equivalent (i.e., f/2 at 1/500 sec yields the same exposure as f/5.6 at 1/60). Capture images at these two different settings and they will likely look very different, but both will be properly exposed; that’s what equivalent exposure means.

The green line is the program slope. In this example, as the light changes the camera lens remains set at 1/60 sec and adjusts only the aperture to achieve correct exposure. When the ambient light level of the scene becomes brighter than f/5.6 at 1/60 can handle, the aperture remains at f/5.6 while the shutter speed increases to 1/125. As you can see, the camera’s pea-sized brain adjusts both shutter speed and aperture as necessary, based on predetermined rules.

The problem is this: you may not like the rules that some engineer thinks are best for you to use. To address this possibility, some cameras offer Sports Mode (a Program Mode biased toward faster shutter speeds) or something similar. Also, you can use some form of Program Shift on the fly to adjust aperture and/or shutter speed without changing the equivalent exposure.

Back in the day, Minolta, clearly the greatest camera brand that ever existed, offered a Program Back that allowed the photographer to adjust the program slope. Alas, the Program Back was so complicated to use that only three people in the US mastered it. Although many tried and failed.

Program Mode is fast and easy, but you are not really in control. The camera is in control, and it uses rules created by a stranger. Think about that. 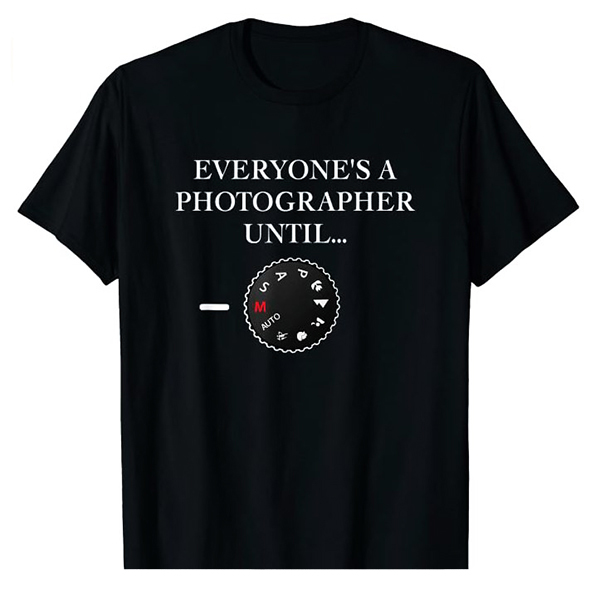 Ouch, this message is playful but a bit arrogant. You don’t have to USE the Manual Mode to be a photographer, but you should UNDERSTAND what it does and when it’s advantageous.

Manual and Shutter Priority Modes
Manual Mode is just what it sounds like. You set the aperture and you set the shutter speed based on the light-metering features built into the camera, a handheld light meter, or your experience and instinct. If you do not use Manual Mode often, you are not alone. Manual Mode is slow and requires more photographic knowledge. This tee shirt sums it up, although it’s a bit more arrogant than called for.

Shutter Priority, the method championed by Canon back in the heyday of 35mm cameras, is good for shooting moving subjects because the user selects the shutter speed and the camera responds by setting the correct aperture. The user, of course, must have a general idea of what shutter speed to set. On many cameras, if the user sets a speed that is too fast (i.e., setting even the largest aperture would result in underexposure) the camera automatically shifts to a suitable speed.

There’s almost nothing wrong with Shutter Priority, but it is possible for a lazy user to set a shutter speed that’s too slow to be handheld (happens a lot with long telezoom lenses) and that results in blurry images. Also, the user surrenders control of the aperture, and that’s bad for the reasons I itemize below. 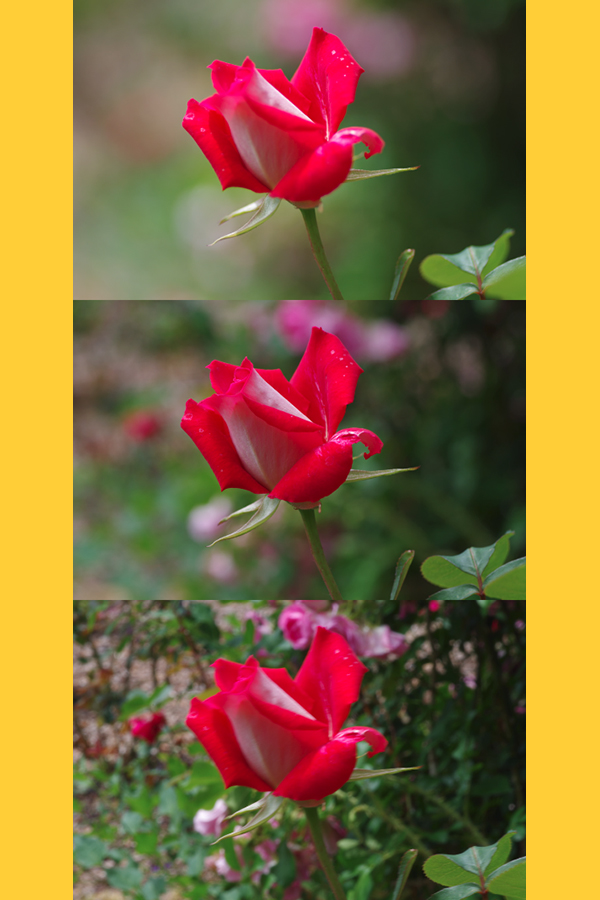 One of the two main reasons you want to control the aperture setting via Aperture Priority. Look at the huge difference between f/2.8 and f/22 (top and bottom). Shooting on Program gave me the results in the middle – good but not what I wanted. As creative people, photographers should always get what they like instead of merely liking what they get. ©Jon Sienkiewicz

Ah Yes, Aperture Priority
Aperture Priority is overall the most reasonable choice, in my opinion. The user selects the preferred aperture and the camera uses a suitable shutter speed. Controlling the aperture is important for several reasons. Here are two of them.

For a given focal length, the aperture is one of the determiners the depth-of-field. Generally speaking, large f/2 apertures produce limited DoF and small f/22 apertures supply large DoF. Some make the argument that Aperture Priority is a risky mode to use for fast-moving subjects, and I often agree; however, the great majority of subjects I shoot don’t move much at all. Besides, one can monitor the shutter speed in the viewfinder, in most cases, and react accordingly.

The more important reason why Aperture Priority reigns supreme: all lenses have a sweet spot aperture (or narrow range of apertures) where lens performance is optimal. For a typical 50mm f/1.4 lens, this sweet spot is often around f/5.6. Performance at f/5.6ish is better than wide-open at f/1.4 and, because of the nasty phenomenon of diffraction, f/5.6 is sharper than f/16 or smaller. 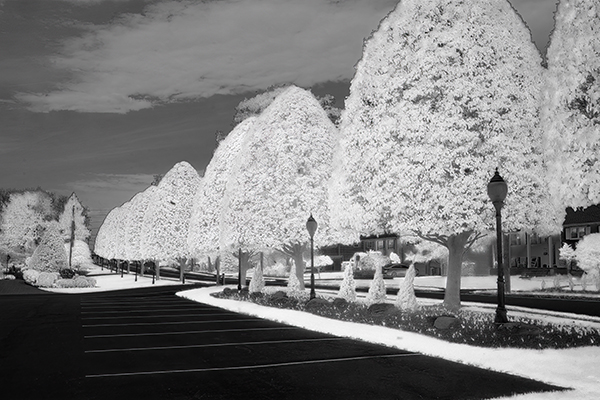 When shooting digital infrared (IR) as shown here, having full control of the aperture setting is crucial because some lenses form hot spots at smaller apertures. ©Jon Sienkiewicz

Pentax is the only camera brand I know that offers an MTF Exposure Mode. MTF (Modulation Transfer Function) is the objective, mathematical prediction of lens performance. For a more complete explanation of MTF, including how to read MTF charts, follow this link to a great article on Nikon’s website. 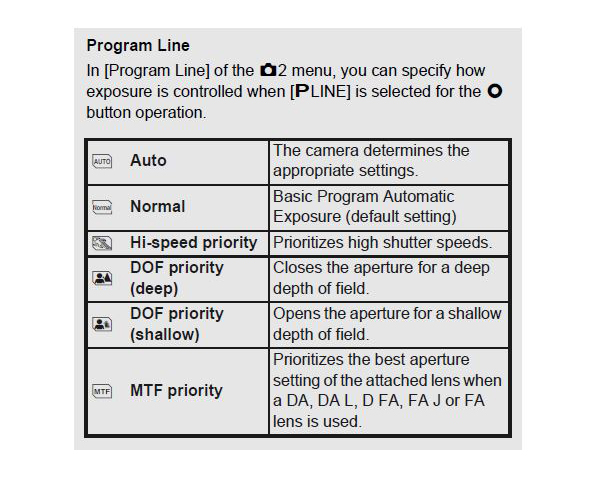 Pentax Auto Exposure Modes, as listed on page 36 of the original Pentax K-3 Owner’s Manual. I believe Pentax (now part of Ricoh) is the most underrated camera brand in history.

By the way, back when Minolta, Canon, Pentax, Olympus and Nikon were slugging it in the 35mm SLR marketplace, only Canon employed the Shutter Priority system. Minolta, Nikon et al all chose Aperture Priority. That doesn’t make it better, but I think it indicates something.

Minolta produced the first camera in the world that offered Aperture Priority, Shutter Priority, Manual and – although they didn’t promote it – Program Mode. I’m talking about the Minolta XD-11.

Minolta had Program Exposure in the XD-11, truly the world’s first Dual Mode (A and S) SLR, but either didn’t know it, were too dull to talk about it, or didn’t recognize its importance. I detail this blunder in an article I wrote about the XD-11 back in 2011. You can read it by clicking here.

“Wait ’til you see how good you can be with Minolta.” That’s what the XD-11 print ad said in 1978. But it should have said, “We’ve introduced the world’s first programmed camera but we haven’t realized it yet.”

The Owner’s Manual flirts with the feature and gets right up to the edge of revealing it by stating, on page 1, “If you wish, you can leave exposure control entirely to the camera’s program for perfect results over a wide range.” But that’s it—that’s the only reference to “program” in the entire 61-page book.

I should also probably disclose that I worked for Minolta before we were acquired by Konica who cruelly scuttled the camera division and coolly sold all photographic Intellectual Property to Sony. For sure, a good bit of Minolta genome can be found in Sony Alpha DNA even today. Anyway, I spent a good deal of my youth conjuring up arguments why Aperture Priority Minolta was superior to Shutter Priority Canon, so there’s a slight possibility that I’m biased.

Conclusion
Maybe I’m right and maybe I’m wrong about Aperture Priority being superior overall, who’s to say? If you’ve primarily been using Program Mode like a good many other photographers, give Aperture Priority a whirl. Try Shutter Priority and Manual Modes too. If nothing else you should get into the habit of always checking the Exposure Mode before shooting.