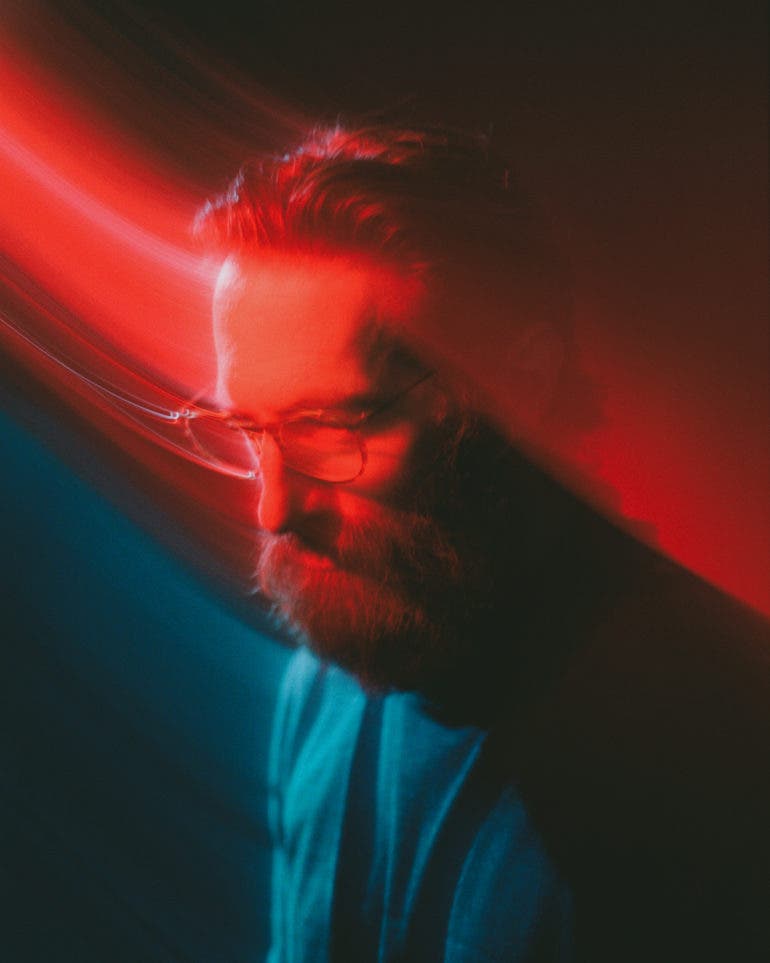 “You never know what you will get, but that’s why I love film,” says Scottish photographer Andrew Low on why he shoots with film so often. Instead of going down the traditional route for an album cover, Low decided to experiment. It paid off very well in the form of a top-five placement at the 2021 International Photography Awards.

Even those among us who aren’t obsessed with pixel peeping often measure the effectiveness of a photographer’s technique by the sharpness of their images. If it’s not tack-sharp, we subconsciously tend to question the photographer’s skill level. I’d say that the best way to counter this is to produce images that are so captivating that the viewer tends to forget the concept of sharpness and become lost in the picture. Is sharpness so critical that we lose the message the photograph is trying to tell us? Low feels otherwise, and he often experiments with slow shutter speeds for some creative results.

My main camera is a Mamiya RZ67 Pro II with a 110mm lens, I love this camera because it works for everything I need, the waist level viewfinder allows me to maintain eye contact with my subject and doesn’t add any distractions, my go to film when using the camera has to portra 400 or 800 depending what i’m shooting, I just love the way it renders.

Andrew Low: My Name is Andrew; I come from a small town called Renfrew just outside of Glasgow. I started photography about three years ago. One day I decided I wanted to try out some new hobbies, so I tried a few, and photography was one of them. Since then, I ran with the hobby and put all my time and energy into it. Two years after starting, it became my full-time job, with me now being a commercial photographer for a clothing company called Little Lies. Over the few years of doing photography, I tried my hands at most styles, from landscapes which I started with, to cityscapes and street photography, followed by portraits, and I found that portraits was my kind of thing and stuck with it.

The Phoblographer: A very non traditional album cover. What inspired you to shoot this way?

Andrew Low: This album cover is heavily inspired by an American photographer called Jake Wangner. He does a lot of these slow shutter portraits, and I was always inspired to try them out. Prior to this photograph, I shot a few test shoots because it’s not an easy thing to do on film because you never know how it will turn out. The artist I shot this for came to me and said they loved what I was doing and said it would fit their style because they preferred to be slightly mysterious and hide their face. So this style was perfect for the cover.

The Phoblographer: Had you been practising the technique on a digital camera for a while, or was this an experimental shoot?

Andrew Low: It is a tricky thing to do on film because you never know what you will get, but that’s why I love film. I actually never tried on digital; I just jumped straight in and did a test roll when I was testing a camera. I did it on a pair of trainers in the studio just to get a feel for it, and I had to test out the camera anyways. After that first roll, I just put the steps into practice on people I knew or models that offered to be a part of it.

The Phoblographer: Given that you couldn’t see the shots until they were developed, how confident were you of the results?

Andrew Low: I’m usually pretty confident when shooting film; I never shoot any digital backups and so far have been lucky (touch wood!). But given that I had done it a few times with different results, I knew I had it in the bag when it came to this shoot. I think if you’re shooting film, you just need to commit to it and trust your skills.

I also own a Sony a7 III for any weddings, product or video work. With film being my main way of photographing I own a good few cameras from a Nikon L35AF, Contax T2 to Canon EOS 3, all serving different purposes depending what I’m shooting.

The Phoblographer: How did it feel when they turned out just the way you wanted? Did it inspire you to do more work like this?

Andrew Low: It was very satisfying to see how they turned out. We did the same shot for a full roll to make sure we had a few to pick from, and they turned out exactly how I imagined. It definitely has inspired me to shoot more, and I’m planning to get back to shooting more creative and artistic work like this. But with my commercial job finding the time can be pretty hard.

The Phoblographer: Tell us how you executed the album cover shot. Did it match with the theme of the music of the album?

Andrew Low: I set up a few continuous lights for this shoot, one at the front with a colored gel and one at the back with colored gel. The technique is to have darkness on the opposite side of the lights so when it drags, it stops and doesn’t continue past the face. Shutter speeds I would say they were around the 1/4-1/8th, which is my go-to for these kinds of shots. And the artist was extremely happy with the end result.

The Phoblographer: This series also won you a top five placing at the 2021 IPA event. What was the feeling like to hear of that result: to learn that film photos still earn recognition?

Andrew Low: I was over the moon with this, I had entered a few different images into this, including a set of long exposure images, and I hoped something would get picked up by the IPA, and I was very happy it was this set of images. I’m proud that film is returning, and people are more open to the idea of shooting film rather than digital.

The Phoblographer: With most photographers so obsessed with sharpness these days, why do you feel this series was so well received?

Andrew Low: I just think because it’s on film and because it’s not the easiest technique to get right, so much can go wrong with slow shutter speeds and even more so when you can’t see the result, and I think this won over the judges. One of the comments from the judges was that it isn’t an easy thing to achieve. Plus, I think sharpness is overrated. Sometimes even an out-of-focus shot can make you feel more than a sharp and perfectly in-focus shot can. It’s about the image and how it makes you feel, not how it was photographed.

If I want to use a 35mm camera but still have good detail in my images I opt for my EOS 3 with a sigma art 50mm lens but if I’m out with friends or traveling my go to is either my Nikon or my T2.

The Phoblographer: Photographers who grew up on film always revisit it. But why would you say those who never shot film before are more drawn to it during the past few years?

Andrew Low: I think with how the world has evolved and everything becoming so advanced it’s good to go back to basics with some things, you’ll notice it in fashion and the return of vintage clothing, music with the return of records. Over the last few years, people have really been connecting with the past and the things from those eras, and I feel this in photography. More and more, I see people switching from the high end pricey digital cameras and picking up a £100-200 film camera from eBay and trying their hand at it. I applaud it and think everyone should try it at least once to see if they like it.

All images by Andrew Low. Used with permission. Please visit his website and Instagram page to see more of his work.