Alex Musgrave Shares How He Makes His Beautiful Photographs 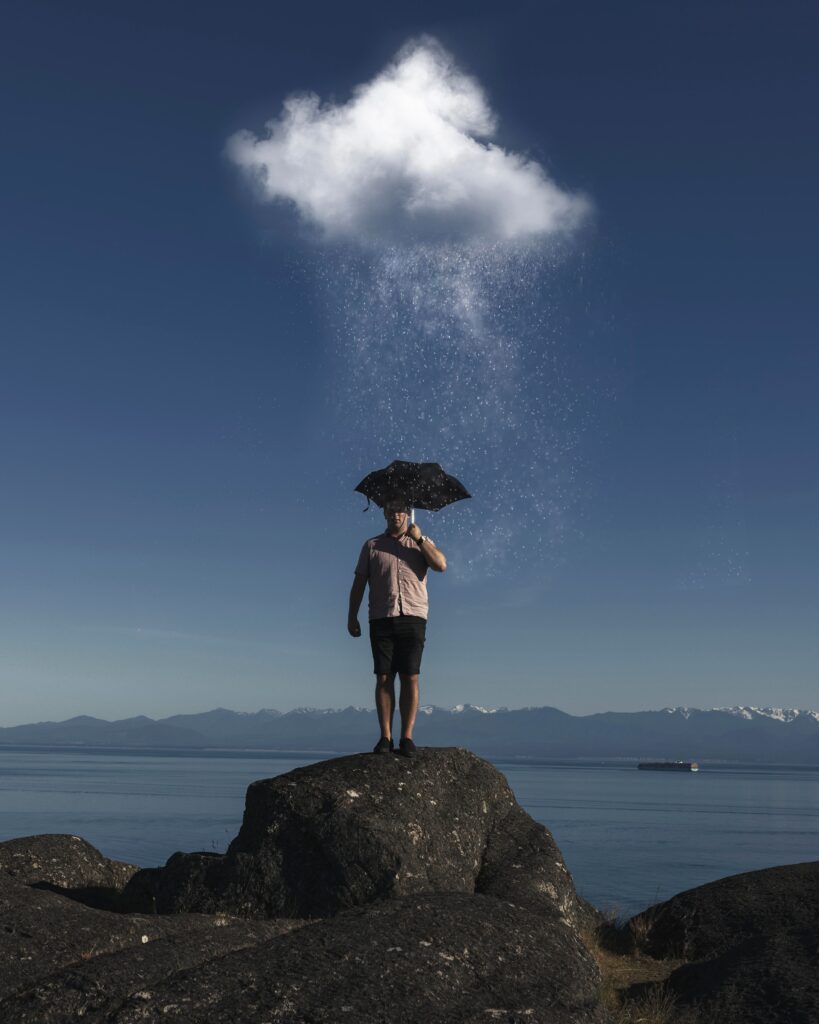 “Photography is a constant learning process,” says Vancouver-based photographer Alex Musgrave about his evolving skills in the field. He’s been practicing these trick photography skills for a decade now and finds himself improving with each new picture.

One of the earliest forms of what I might consider trick photography was probably when granddad took a photograph of me sitting beside myself. This was done around three decades ago when I was still walking around with a compact camera for most of my photo adventures. I remember he’d purchased a circular filter, one half of which was completely black. Setting up the camera on his tripod in our living room, he had me sit on one side. Using a threaded cable release with his SLR and the aforementioned filter, he exposed only half of the frame. I then quickly changed clothes while he carefully turned the filter 180°, trying not to move the camera at all. I moved to the other side of the frame, and he snapped again. Mind you, this was all done in camera, and he’d somehow managed to expose the same frame twice without winding the film advance lever. I vividly remember the resulting photo, which turned out perfectly exposed. While trick photography is a lot easier with digital cameras and software, I am reminded of that photograph by granddad whenever I see an image of this genre.

The Phoblographer: Hi Alex. Please tell us about yourself and how you got into photography.

The Phoblographer: A lot of these images remind me of a book called Trick Photography and Special Effects by Evan Sharboneau. When did you start trying out these kinds of photos, and who have been some of your inspirations?

Alex Musgrave: I started doing these types of pictures in 2012. Some of my cinematic and literary inspirations have been Tim Burton, Guillermo del Toro, Annie Lebovitz, Rosie Hardy, Erik Johansson, Roger Deakins, JK Rowling, J.R.R Tolkien, and Christopher Nolan. I find that going for a walk or going to a movie can help with inspiration.

The Phoblographer: How tricky (or not) is it to nail focus on yourself accurately when taking self-portraits?

Alex Musgrave: It’s easier now since both cameras I use have an iOS app, so I can control where the camera focuses. It’s a little easier with the Nikon since it has face/eye AF, but the Hasselblad app is more user-friendly.

The Phoblographer: Does it often involve multiple takes? How have you made the process easier over time?

Alex Musgrave: Usually, my pictures are made from multiple pictures, then I use the parts from each to make the image. I draw my ideas in a journal to help build the concept, so I can write notes to help with the image. I also do this so that I don’t forget my ideas. If I draw my ideas and write notes, I also look for a location that best suits the idea.

The Phoblographer: You’ve probably received requests from friends who want similar portraits made of them? How did some of those turn out, and what was the response like?

Alex Musgrave: Well, the friends I’ve done portraits for have been happy with the results. I find the pictures turn out better if there’s more collaboration. Since my skills with photoshop have improved over the years, it helps with photos that require more complicated photoshop skills.

The Phoblographer: Have you ever dreamed of something surreal that you’ve tried to turn into a photo?

Alex Musgrave: I try to get as much as I can in camera, so it’s easier when it comes to putting the pictures together in Photoshop; it’s easier on myself. I’ve spent countless hours on YouTube over the years when I’m not sure how to do something in photoshop. Photography is a constant learning process.

Want your photography to be featured? Click here to see how.