Aishy Did a Unique Double Exposure Twist to a Corporate Photoshoot 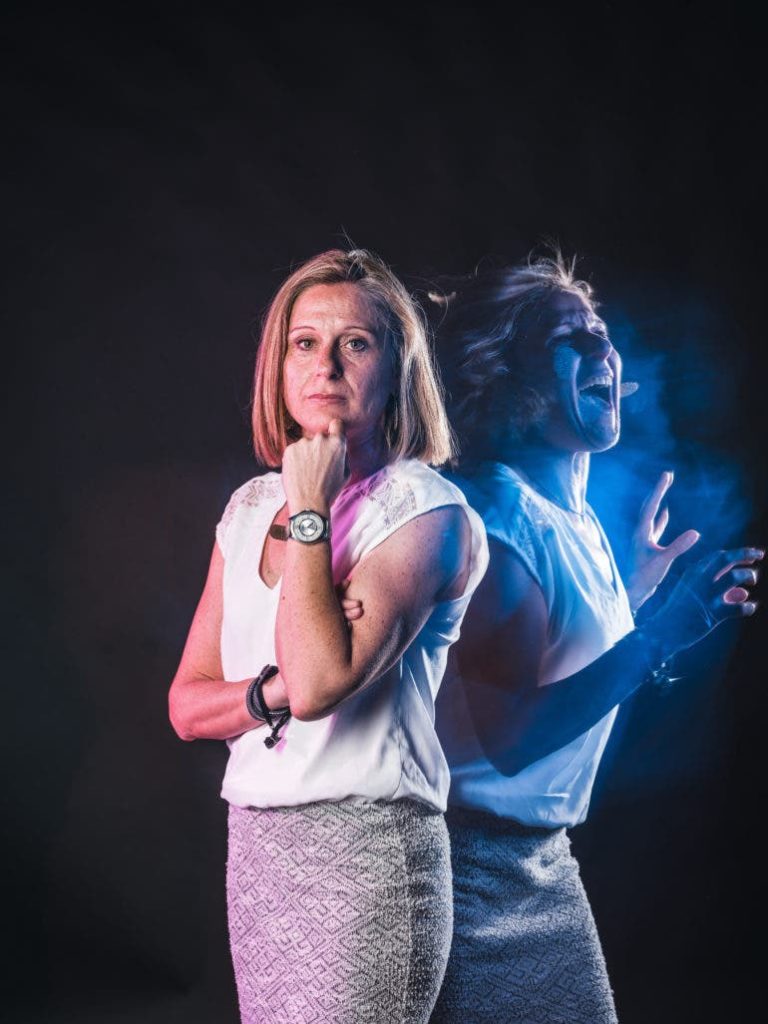 “I think that we all have a part of madness that is a little imprisoned in us,” opines talented French photographer Aishy. He came up with a creative idea for a corporate photoshoot one day, and it was so well received that the company hung those portraits around their offices. Follow me.

With the Covid-19 pandemic driving what is now known as the Great Resignation, more and more people with specialized skills have realized that they are worth more than what they were made to believe. For instance, there was a significant layoff in August 2020 in the IT department in my former company. A few hundred people were made redundant overnight. The company wasn’t expecting this would soon be followed by many voluntary resignations from staff who realized they would be getting far better opportunities elsewhere. Since I was known as someone who could take a half-decent picture, I was then approached by some of these folks to take their headshots. But predictably, the request was always the same – a serious look with a wisp of a smile against a white or grey background. If you head to LinkedIn today, probably over 95% of people’s profile pictures in there would be of a similar nature. Companies also prefer this because most people don’t usually wear formals and pose against a white background for photos otherwise, making them look “executive”. Aishy broke out of this norm for a corporate client one day. He chose to try something completely new, and it worked out well for all parties involved.

The choice of material is naturally made according to my needs. For the studio you do not need to work [with a] large aperture you will instead focus on the focal length. For example I have worked with a 100mm macro lens for portraiture studio [work] with a great sharpness on my model. The use of flash allows me to control and master my light, its intensity as well as its direction at my convenience. it allows you to experiment with many configurations and find creative ideas.

The Phoblographer: Hi there. Please tell us about yourself and how you got into photography.

Aishy: I am Aishy: photographer, artistic director, and French video director. I started photography in 2014. I started at the time by buying my first camera, a Nikon D3200 and then gradually I got trained to photograph at night; always inspired by the city lights of Japan. I try with my photos to show an alternative vision of the city by capturing the lights the reflections the atmospheres of the night, in order to make the spectator travel in a universe that is mine and thus to develop my own universe in photography.

In terms of my career, I went through different paths. I first started as a graphic designer then I came to photography and video production in an agency where I worked for several years. This made it possible to work on different projects, to experiment with a lot of things in photography, and also to explore styles. At the end of 2020, I started my own business. I became a freelance photographer and I started working for different brands.

The Phoblographer: What gave you the idea to do a corporate photoshoot this way? Was the client aware of what you were doing or was it a surprise for them?

Aishy: The idea was to get out of classic company portraits; to do something different and in line with the values and identity of the company which had an image around the “wolf”. I had to illustrate the seriousness of the professional as well as the animosity in one image. I really like the principle of light painting and I said to myself that we could take this principle in portrait to make it something interesting and differentiating for the image of the company. The idea was immediately liked and approved.

The Phoblographer: This reminds me of the 1990 Time Person of the Year cover with President George H Bush. Did that influence this idea in any way?

Aishy: Not at all; I did not know this photograph and cover, but I imagine that the process of long exposure is similar, or it might also be a double exposure!

The Phoblographer: What influenced the blue and purple color choices for this project?

Aishy: I really like working with the harmony and complementarity of the colors blue and purple. I take a lot of photos in these color atmospheres, especially in Japan at night, so it was important for me to keep my artistic style and embed it in the project.

The Phoblographer: How many takes did it take to get the right scream for each person?

Aishy: Around 20 to 30 tries, sometimes more. I made them repeat the act until I was sure I had the right snapshot taken, and in this case, it was necessary to have two different poses in less than four seconds!

The Phoblographer: Did you ask the participants to imagine something and then react to it? What sort of direction did you give them before you clicked?

Aishy: Yes, we had to put ourselves in the posture of the wolf, the savage. I told them not to hesitate to shout, by doing it myself. Not to try to play or to imitate something, but to really embody the cry without fear of judgment.

It may seem difficult when you are not an experienced photo model, but the camera captures everything so if you are only half in the energy, the photo will be half perfect.

The Phoblographer: What were the participants’ reactions when they saw themselves in the final shots? What was the feedback from the organization?

Aishy: The participants were all greatly satisfied, and above all amazed to see each other in this way. They all appreciated the experience and liked the fact of seeing each other in a way so different from the standards. These portraits were very successful.

The Phoblographer: Technically, what was the execution like for each shot? Was it the scream first and then the straight face or vice versa?

Aishy: The process was as follows in just four seconds: first, a fairly standard and classic posture, triggering of the first flash, then we all had to make movement immediately and that they position themselves in a wild pose while shouting like in the image of a wolf. Then I triggered a second colored flash of blue. During the whole shooting time, there were also continuous light spots tinted with blue to capture movement to obtain motion blur and ghostly drag.

The Phoblographer: It’s a marked departure from the typical corporate portrait. Should more companies stand out from the competition in such ways?

Aishy: I think it is important to stand out, yes, and to dare to highlight the employees of a company in a way that makes them feel good in the images and puts them at ease. It’s also a great way to do team building.

The portraits were then printed and hung in the staircase of the entrance hall of the company, like the family portraits in castles!

The Phoblographer: Do you think there’s a trapped version of ourselves inside us that’s screaming to be released?

Aishy: I think that we all have a part of the madness that is a little imprisoned in us. Each one has to succeed in expressing it and bringing it to life in his daily life, in his art, and not to be afraid to deploy his creative ideas.