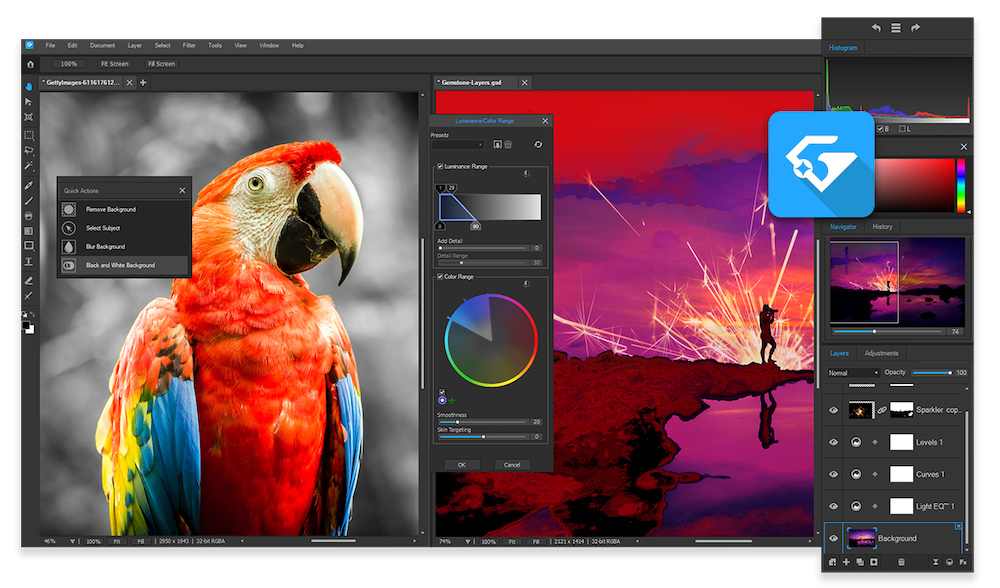 ACDSee is now offering a three-month trial of its 365 Home Plan editing software package for just 99p to photographers and filmmakers.

ACDSee has also added its Gemstone Photo Editor 12 to the plan and has increased cloud storage capacity from 50GB to 100GB.

ACDSee will also be adding exclusive workshops and tutorials for all ACDSee Home Plan subscribers.

The tutorials are run by ACDSee’s director of photography, Alec Watson, who is known for his high-profile advertising work with Coca Cola and Starbucks.

Frank Link, COO and CTO, said, ‘We’ve recently seen the likes of Adobe, Amazon and Starlink increase their monthly subscription fees and we wanted to take a totally different approach. We want to add more value to our subscription plans, instead of asking for more money. We’ll be adding new, high-performance tools such as Gemstone, increasing cloud storage capacity, as well as offering all subscribers access to our bespoke workshops and tutorials.’

A Photo Studio for Mac 8 screenshot

The 99p three-month trial Home Plan promotion will be available to anyone who is interested up until 29 June 2022.

You can access the limited time offer three-month trial via the Home Plan link.

ACD Systems is one of the largest independent digital image editing and management companies in the world.

Founded in 1993, ACD Systems is said to have, ‘revolutionised the relationship between analogue and digital information.’

To find out more go to the ACDSee website.

Capture One for iPad app to launch in late June