AAP Magazine Announces the Winners of its “Portrait” Competition 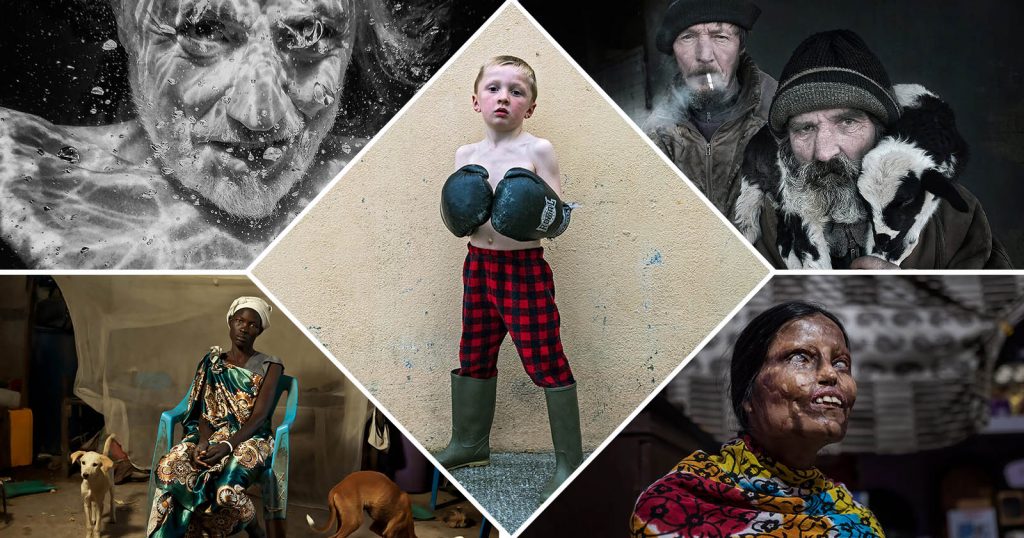 All About Photo (AAP) Magazine has revealed the names of the 25 photographers from across 12 countries who won recognition in its “AAP Magazine #17: Portrait” competition.

The latest AAP Magazine competition judged portrait entries, which — as the publication explains — “have never ceased to inspire photographers since the invention of photography in 1839.” As portraits have become more accessible to everyone, the genre has grown and continues to inspire others.

The competition explains that the selected winners have displayed their creative approach to portraiture but traditional and striking portrait work also stands alongside: “A good portrait must capture a privileged moment, when alchemy happens, allowing the photographer to capture the personality of the subject.”

Joseph-Philippe Bevillard from Ireland won the competition with his portrait of a young boy from the travelling community. Bevillard explains that boxing is one of the favourite sports of this community and fathers teach this sport to their children from a young age.

The photographer intends to work with travellers, also known as Pavee or Mincéirs, who have been officially recognized as an ethnic group but still continue to experience racism, discrimination and other hardships. Bevillard hopes that his work will share insight into the unique culture of this community.

Second place was awarded to Erberto Zani’s portrait of Neetu, a 31-year old woman in India, whose father had attacked her with acid when she was just 3 years old. This left her blind in both eyes and added deep scars on her face. Her 18-month old sister was also attacked and died in the hospital as a consequence of this heinous act.

This portrait is from the photographer’s long-term “Survivors” documentary project where he captures acid attack survivors around the world. Zani’s goal is to share light on these criminal attacks that leave people disfigured and often pushes them to the fringes of society.

Nadide Goksun, based in the United States, was placed third with the abstract portrait of Nedret Sekban, a prominent Turkish painter. This photo is from her “The Man and the Sea” series that explores Sekban’s deeply personal relationship with the sea.

The images below are the runners-up who may not have won the top accolades but should be recognized for their powerful portraits nonetheless.

Image credits: All photos individually credited and provided courtesy of All About Photos “AAP Magazine #17: Portrait.”