A Love Story: The Instant Film Photowalk for the Dating Photographer 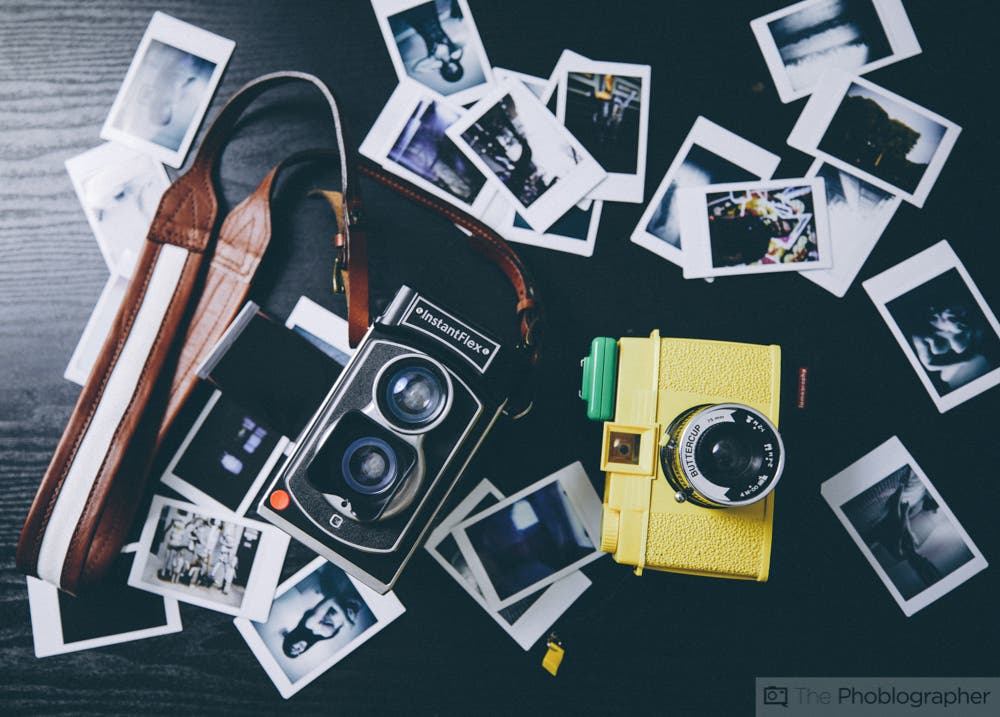 “I didn’t even know what that was, but it sounded fun,” is what she told me.

There have been times where I’d bring around three cameras just for fun. One camera would be digital. But the other two were either Instax or Film. Instant film has always been a big part of my life. I remember seeing Polaroids of me and McDonald’s Grimace together. There’s a Polaroid of Goosebumps author RL Stine and I together too. But a few years ago, I decided that it would be a great way to bring women into that part of my life. The Instant film Photowalk indeed was and always will be one of my favorite activities, with a date or not.

How the Instant Film Photowalk Started

To preface this, I’m now 34 years old. I started off with the instant film Photowalk as an idea in the mid-2010s. Her name was Amy, and she was positively wonderful. Amy was a designer and recently got onto the Alcoholics Anonymous program. For some of you, that’s a red flag, but none of us are perfect. I mean, I’m the legally blind Editor in Chief of a large photography blog. How much more of a paradox is there? I’m also a creative who doesn’t party hard or drink heavily.

Typically, I’d meet women, and we’d get drinks or dinner after lots of texting. Amy was different. She really liked to call, and she’s probably the one who planted that in me. I now prefer to call women before we go on a date to see if we actually have chemistry.

So what do we do since NYC is a city that’s all about drinking and partying?

“What do you think of a Photowalk, but we do it with Polaroids?”

She was intrigued but nervous because she thought I’d be a snob about photography. But I wasn’t. So we met up on a day after it snowed in Brooklyn. There was ice everywhere. Amy came in heeled boots and dressed very nicely. I did the same, minus the heels. She was 30, and I was probably 26. We shared an avocado toast. My closest friends know how much I hate avocado, but that’s not important.

At the brunch spot we met at, people immediately began noticing us playing with Fuji Instax cameras. Then they started to piece things together and realized who I was. We had several interruptions during that date, but it started with an amusing idea. We’d walk across four neighborhoods, acting like tourists in our backyard in Brooklyn. And then we’d find things and make photos. This was happening on a cold day with ice on the ground.

It was a simple enough idea, except both of us often nearly slipped on the ice. So to keep each other supported, we held hands the entire walk except for when we shot photos. Now that I’m older and more experienced, I can confidently say that holding hands is a physically awkward experience. But somehow, it worked so well that day. There was a point where Amy wanted a photo at a higher vantage point. Coming down from an ice-covered hill wasn’t easy. So for her to come down, she literally had to jump into my arms. If there were a camera filming us, it would’ve been cinematic gold. But we wouldn’t have ventured to those points if we weren’t shooting instant film.

We ended up warming up and snuggling at a cafe together and watching our photos develop. She liked all of them at the time. We ended up shooting photos of each other and giving each other the photos but keeping one.

We didn’t last long together, but I’ve always proposed the Instant Film Photowalk to women I date. It doesn’t always happen, but no one is ever put off by the idea. They enjoy the time together, and they realize I’m a good guy with layers and emotions like everyone else. More importantly, I’ve kept the photos from every one of those dates. And in the post-pandemic world, I’ll keep doing these dates and I’ll always keep the photos. It’s a nice way to not always stay huddled inside.

The Instant Film Photowalk, and Why It’s So Great for Dating

The Instant Film Photowalk combines two things that young humans love doing: exploring and taking photos. Shooting photos enhances our experience of an event as long as they’re not posted immediately on social media. Here’s how it works:

There’s going to be a moment where you may be teaching someone how to use the camera. You may even need to reload it for them. But let them keep the photos. You should keep yours too!

This is how you almost become your most honest self. There’s no alcohol involved. There’s just you two, walking around, enjoying the time together, and shooting Instant film. For you, it’s an experience you’ve done for a while. For them, it’s probably not the case.

Oh, and let them shake the Polaroid. Just let them do it!

The Polaroids We Keep in Boxes and Drawers

I keep all my Polaroids and all my Instax. I remember almost every time and moment I shot them. And I remember where I was and who I was with. And I remember wonderful moments. I also remember the painful moments of breakups, friendships that went sour, the odd acquaintance, etc.

But Polaroids and Instant film jog memories. You’re more likely to go through those than you are to go through your camera roll. The only images I look at in my camera roll are my favorites. But those are rare and usually for work purposes. And I honestly never look back at all the digital photos I shoot for the site unless I need them for articles. But my box of instant film is what always tugs at my heart.

These days, the box is getting a bit full. So the box is slowly turning into a drawer of the instant film instead. Every time I open it up, I’m hit with the smell of some odd Instant film chemistry. The smell and tactile feel are an important part of photography that we’re missing today. But the Instant Film date can keep it alive and beating.