7 Photographers Show the World Some Terrifying and Dangerous Stories 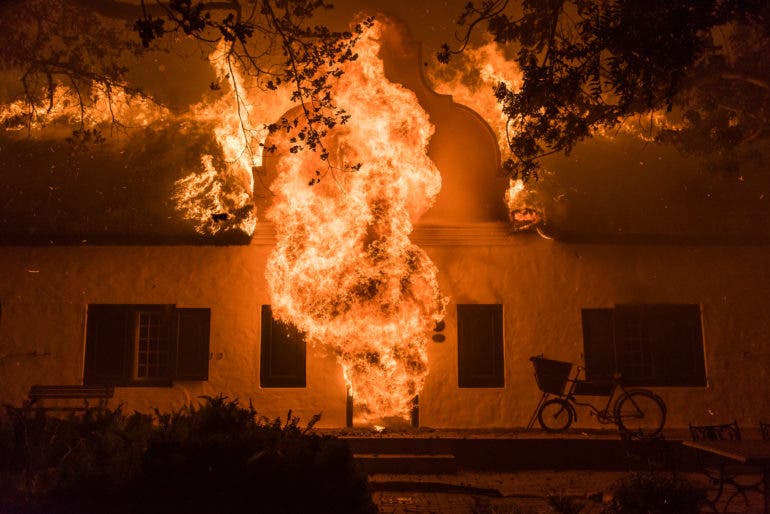 Photography is an attractive job for most people. But for some photographers, the process of making images comes with certain dangers – some perceived and some legitimate. Think photojournalism, street, and travel photography: all of them all have their perks, but all of them can come with consequences. In this article, we reflect on some of the photographers we’ve featured that have put their safety on the line.

Today, Times Square is a hot destination for tourists. The big, bright ads, combined with the eclectic street entertainment, certainly make it attractive. But it wasn’t always like that. 40 years ago, Times Square was full of drugs, violence, and solicitation. But that didn’t stop Jane Dickson from making photographs. Living in the area, she was no stranger to bullets coming through her windows. It was dangerous. But the upside is she created a body of work that still holds value today. Read more here.

Photojournalism is a varied genre of photography. Some photographers work in safe, controlled environments. And other photographers work in dangerous situations that offer no form of stability. South African based photojournalist Justin Sullivan puts himself in the line of fire – literally – in order to tell important stories from his part of the world. From wildfires to wildlife, Sullivan has documented stories that are not for the faint-hearted. Take a look here.

South America is a beautiful continent. But it’s not without its problems. The Orinoco River sites between Colombia and Venezuela: two nations that have had severe struggles over the past four decades. There’s certainly tension between the two, and a lot of it exists at the border. Since 2015, photographer Juanita Escobar has documented that tension, more so, the women who get caught up in it. You can read the full story here.

This next section is given to you by yours truly. I’m lucky enough to have seen many corners of the earth: the good, the bad, and the dangerous. And when one arrives in a nation where safety is a concern, making images certainly becomes more difficult. But with five years of nomadic life in the bank, I’ve developed ways to shoot smarter and more safely. How? Take a look here.

Photographing Portland Was Dangerous in 2020

Remember 2020? It’s okay if not – it’s a year most of us want to forget. For the U.S., everything seemed to lose control, no more so than in the city of Portland, Oregan. Protests, police violence, riots, and more consumed the streets on a nightly basis. That didn’t stop photographer Matt Lawrence from putting himself in the thick of it. He documented the events, telling the story in a balanced and none biased way. Commenting on the first night he arrived at the scenes, he described it as “…the most intense night of the last five years.” Take a look here.

Sadly, cat-calling is still a real experience for many women that walk outside. Men still find it within themselves to make rude or unwanted comments about a women’s appearance or what they desire to do with her. Sherri Nienass Littlefield came up with an ingenious idea to make images of all the men that cat-called her. Not to publicly shame them (she protected their identity), but to show the world how often it happens. It’s a compelling project, and you can check it out here.

Do You Photograph in Dangerous Environments?

We respect every photographer that puts their safety on the line to tell the world’s most important stories. Without them, real change is difficult to achieve. If you feel this description best fits you, then we seriously want to see your work. Drop us a line on arts [at] thephoblographer dot com.